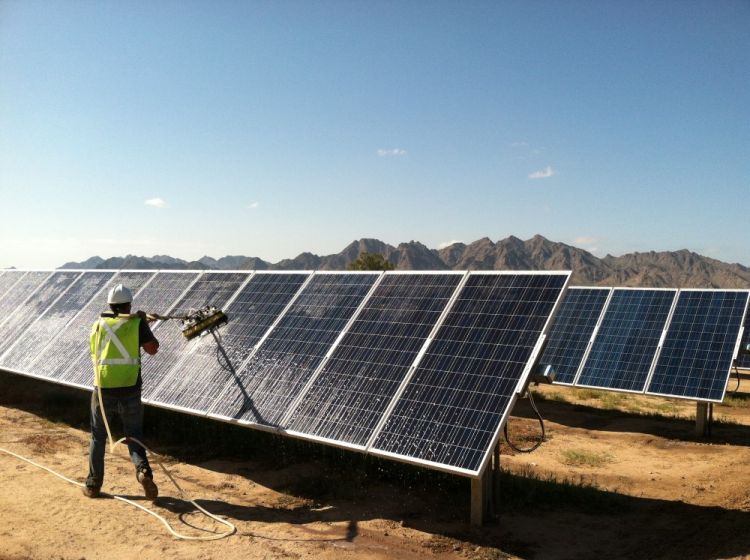 Canadian Solar’s project development subsidiary Recurrent Energy actually developed and then sold the 100MW / 134MWp Mustang Solar project in California’s Kings County to the renewable power group of Goldman Sachs Asset Management. The project reached commercial operation in 2016 before its sale last year. The battery storage system will begin construction early in 2021 for completion by the second half of next year.

In August, as reported by Energy-Storage.news, Canadian Solar executives including CEO and chairman Dr Shawn Qu had said that the company saw “significant growth opportunities in the solar-plus-storage market” as it reported its latest financial results. This growth extended to Canadian Solar claiming an energy storage project backlog and pipeline totalling 4,683MWh as of the end of June 2020, which was double what it reported for the previous quarter.

The growth, Canadian Solar said, would be driven by dynamics including “declining battery storage costs, higher capacity needs and accelerating retirements of fossil fuel power plants,” with the company touting that its vertically integrated business model which includes PV module manufacturing and project development made it an ideal candidate to expand its presence in the solar-plus-storage space.

Canadian Solar will provide a 75MW, four-hour duration energy storage system based on lithium iron phosphate (LFP) battery technology to the Mustang Solar plant. While the company said in August that it will be seeking to retain a minority stake in projects it develops in order to generate cashflow from additional revenue streams such as power sales and operations and maintenance (O&M), this does not appear to have been the case for the Mustang Project. Canadian Solar's contract with Goldman Sachs Renewable Power does however include provision of all future O&M and battery augmentation services as well as performance guarantees relating to metrics including capacity and safety.

Off-takers of electricity from the plant are two California Community Choice Aggregator (CCA) groups, Sonoma Clean power and Marin Clean Energy. In 2018, this site reported that two other CCAs, Monterey Bay Community Energy (MBCE) and Silicon Valley Clean Energy (SCVE) signed deals with Canadian Solar-owned Recurrent Energy for Slate, a 150MW California solar farm paired with 180MWh of battery storage after the community energy groups had sought out lowest-cost offers from providers. Regular readers of this site will note that numerous other California CCAs, which allow customers in investor-owned utility (IOU) services areas to band together and select their energy providers, have also stepped up their activities in buying power from large-scale, four-hour duration solar-plus-storage plants in recent months and years.

In another related example, in late August this year, Goldman Sachs Renewable Power acquired another 100MW solar plant with 50MW of battery storage under development in California’s San Bernadino County for which another CCA, Clean Power Alliance, has a 15-year power purchase agreement (PPA) to buy power from. Yesterday, Energy-Storage.news reported that a group of eight CCAs have joined forces to seek up to 500MW of long-duration energy storage resources.