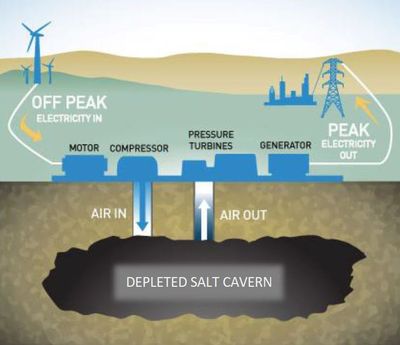 The two companies announced this week that they have formed a partnership to “jointly develop utility-scale energy storage projects across Canada”. Hydrostor’s technology converts electricity into compressed air, as with other compressed air storage solutions, however A-CAES goes a step further and also removes the heat generated by the compression process and stores that as energy to be used later. Therefore A-CAES is considered to increase the round-trip efficiency of storing energy as compressed air.

NRStor and Hydrostor are already working together on a 1.75MW / 7MWh A-CAES project in Goderich, Canada for the Independent Electricity System Operator (IESO) of Ontario which is expected to be completed and online during 2018. The project pumps a salt cavern full of compressed air, with the salt naturally sealing the cavern’s walls of cracks that could let the air escape.

NRStor has also worked with numerous other energy storage technologies, including flywheels and batteries, having been founded in 2012. In February it closed a deal with a union-backed pension fund, Labourers’ Pension Fund of Central and Eastern Canada (LiUNA), which committed $200 million of project financing towards NRStor projects. While pension funds and other institutional investors are growing their renewable energy portfolios, involvement in energy storage from such investors has been limited to date due to the technology being newer and having a higher perceived risk profile.

NRStor finances, owns and operates energy storage projects and now becomes Hydrostor’s Canadian ‘preferred development partner’. Elsewhere, Hydrostor has a global partnership with major EPC firm AECOM. At this stage neither company has given an indication of the future scale of their Canadian partnership in terms of pipelines or forecasted expectations.

However, Hydrostor president and CEO Curtis VanWalleghem said the agreement would “dramatically accelerate the deployment” of the company’s A-CAES systems and referred to NRStor’s “proven development expertise”. 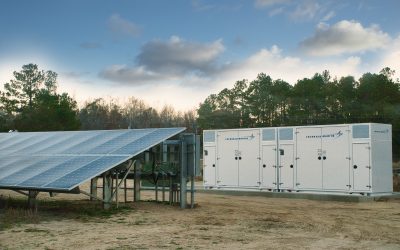 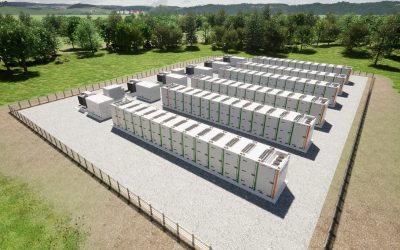 December 16, 2021
News in brief from around the world in energy storage.

November 24, 2021
Approval is being sought for a 400MW advanced compressed air energy storage (A-CAES) project with eight hours of storage to be built in California by technology provider Hydrostor.