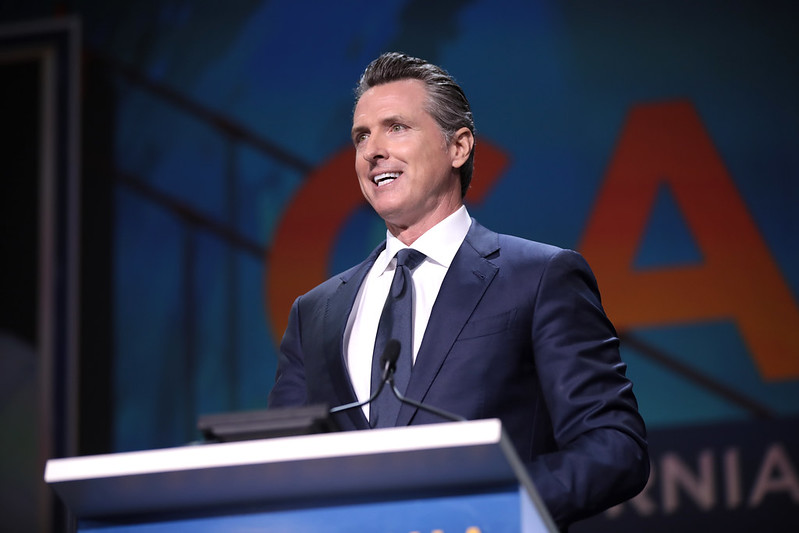 California governor Gavin Newsom has tabled a revision to the US state’s budget which would put US$100 billion into economic recovery, including US$912 million to accelerate progress on climate change mitigation through the energy sector and US$3.2 billion for zero emissions vehicles support.

Part of that investment in the energy sector includes a proposed US$350 million of support for “pre-commercial long-duration storage projects” which have been described as critical to the success of electricity system decarbonisation. The measures have been included in Newsom’s 2021-2022 May Revision to the Governor’s Budget, published late last week.

Other major investments include the creation of a US$35 million ‘General Fund’ which would carry out resource and transmission planning to support the massive clean energy buildout to support California’s policy goals like achieving 100% renewable electricity for retail customers by 2045, a US$250 million industrial energy efficiency General Fund, a US$125 million food production facility fund to reduce energy use and another US$20 million to foster the offshore wind sector in an environmentally responsible way.

The governor also pledged a US$110 million General fund to accelerate production of green hydrogen to reduce the state’s reliance on fossil fuels. Newsom and his staff said that as well as meeting California’s own climate goals, it is important to enable the state’s clean energy businesses to be competitive and establish a leadership position. It is also important for California to be a good partner to the federal government and other states of the US in progressing the energy transition away from fossil fuels.

“Last year’s blackouts, and this year’s reliance on peaker plants to try and avoid them, should serve as a reminder of the long road left to achieve the clean energy future we envisioned,” Sinclair said in a statement sent to media outlets including Energy-Storage.news.

“Long duration energy storage projects, including known technologies like pumped hydro and new investments like lithium-ion batteries, will be a critical part of this road – they can decrease our reliance on less sustainable energy sources and bring renewables to the grid when the sun goes down and wind stops blowing.”

A recent session at the Energy Storage Summit USA hosted by our publisher Solar Media heard from experts at Strategen Consultancy and the California Energy Storage Alliance just how vital energy storage with several hours’ storage and discharge duration will be for the state to meet its clean energy goals while maintaining system reliability.

From 2030 onwards, Strategen’s senior manager Erin Childs said, energy storage additions to the electric system will almost exclusively need to be longer-duration resources that can enable daily cycling of solar, meet evening ramp-up requirements and enable renewable energy to be consumed overnight. A Strategen report from a few months ago found that California could need up to 55GW of long-duration energy storage by 2045.

Jason Burwen, Interim CEO of the national Energy Storage Association (ESA) tweeted that the funding proposed by the governor for long-duration pre-commercial projects is five times greater than the amount authorised for energy storage demonstration projects by Congress last year in the 2020 Energy Act.

Incidentally, at the beginning of May, ESA wrote a letter to the leaders of Congress requesting actions be taken to support a “multi-billion dollar increase for vital research, development, demonstration and commercial deployment activities across all Science and Energy program areas of the Department of Energy”. Burwen reiterated that request, which would be for the 2022 financial year, in his tweet about the California budget.

Outside of that US$912 million direct pledge for climate mitigation through the energy sector, the California budget revision also includes other pathways through which energy storage could be supported. For instance, a focus on water resilience in the often drought-stricken state could commit around US$200 million to create a pumped hydro energy storage facility at Oroville, a large hydroelectric complex.

Zero emission vehicles actually became California’s number one export during 2020, according to the budget summary document, with over 34 manufacturers in related sectors and over 360 different ZEV-related companies in the state. The budget would commit US$1.8 billion in the 2021-2022 period and US$3.2 billion over three years of investments in ZEV industry progress.

Last week, Energy-Storage.news reported that the California grid and electricity market operator CAISO has deemed that rapid additions of large-scale battery storage capacity to its networks will help it meet peak demand over the summer months, but could nonetheless fall short of supplying fully adequate energy resources should extreme heatwaves or other “one in every 10 years” events occur.