Business case for commercial energy storage is ‘100% certain’ in Britain 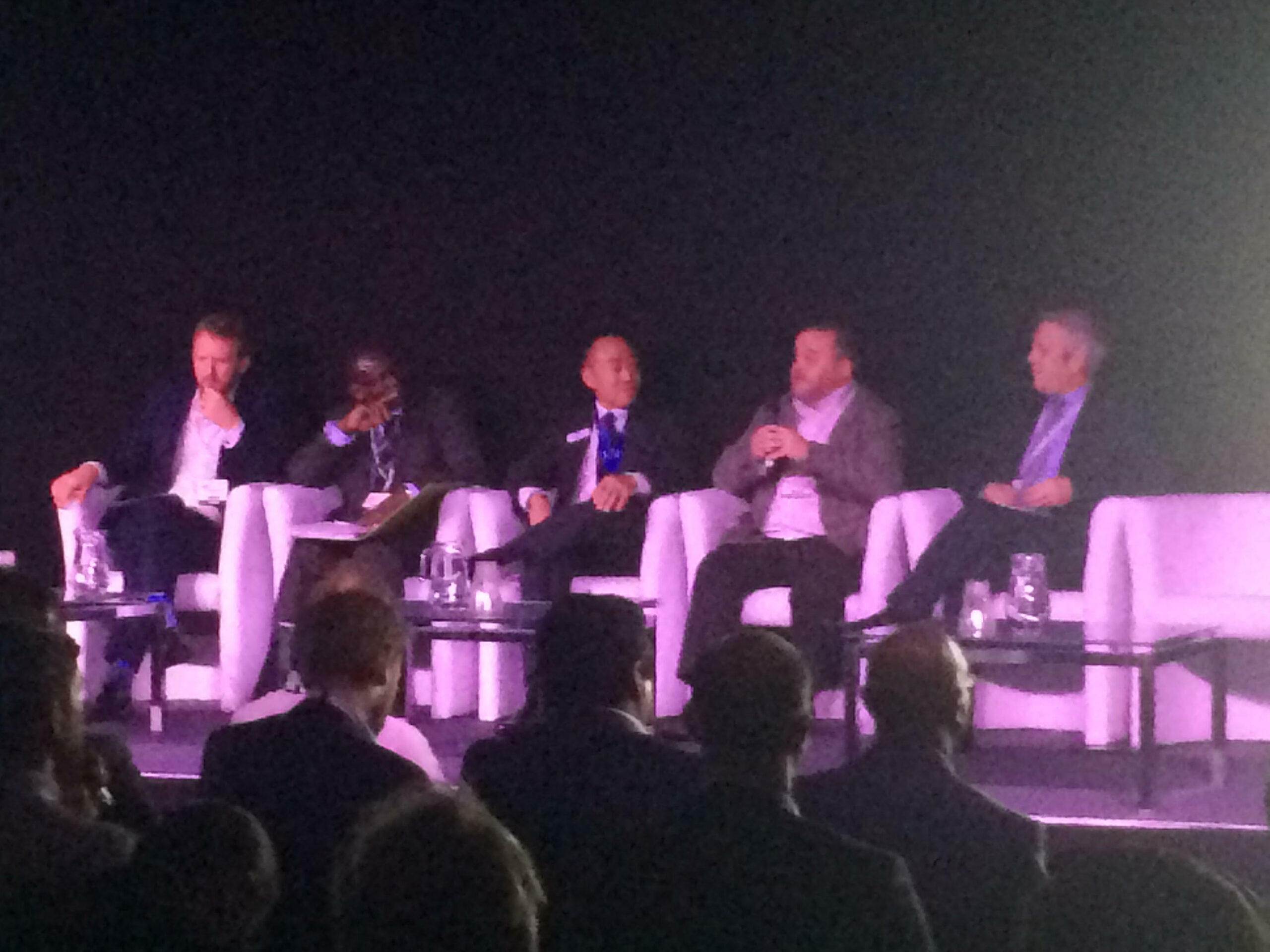 The panel discussion at Solar & Storage Live with Roger Lin of NEC ES (centre) and Jason Hunter of Capitas (right).

It is “100% certain” that a solid business case exists for commercial and industrial (C&I) users of electricity in Britain, a financier has said.

Jason Hunter, associate director of Capitas Finance, an asset and structured financing company, was speaking at a panel discussion held this afternoon at the Energy Storage Conference, part of the first day of the Solar & Storage Live show taking place in England this week.

With an emphasis on helping investors understand the energy management sector, Capitas works on projects involving everything from energy efficiency equipment to a recent interest in battery energy storage. Hunter was appearing alongside NEC Energy Solutions marketing director Roger Lin and other partners on recent C&I projects in the UK, to discuss the growing business case for energy storage in the country.

While the available combinations of revenue or value streams vary greatly from project to project, TRIAD payments, peak network charges applied to C&I customers in Britain and taken from three half-hourly settlement periods where demand is highest across the network, offer a simple way for energy storage systems to provide value. While it is close to impossible to completely avoid TRIAD the amount of money that could be saved from managing these costs is significant, the assembled panellists said.

Another revenue stream is peak shaving, with relatively large businesses able to save a potential £4,000 (US$5,300) a month based on buying energy at non-peak times and using it when prices go up. Besides that, there are contracts for ancillary services with transmission system operator (TSO) National Grid for a range of frequency response products – including nearly 30 different products for Fast Frequency Response (FFR).

Uncertainty remains over the future of several of these revenue streams. For instance, Roger Lin said he had heard TRIAD charges could go up by as much as 50% in the next four years, while another network levy DuOS, could go up by a similar amount.

All the panellists agreed that while many of these products and services are likely to change in the near future as the nation moves towards an ever-more distributed energy network reliant on low carbon technologies, the likes of TRIAD and other network management tools will remain big components of C&I customers’ energy bills.

While Jason Hunter acknowledged that there is policy uncertainty in the UK over many aspects of the energy system and how it is run, paid for and regulated, he said that “the grid will still need services, customers will still need to secure their energy prices – the business case is 100% certain”.

Leasing and energy storage-as-a-service could open up market, mitigate risks

Hunter said new business models, such as battery leasing or ‘energy storage-as-a-service’, could also help open up the market and mitigate risks for investors.

James Court, head of policy for the UK Renewable Energy Association (REA), asked the assembled panel what one policy change they would ask the UK government for. Roger Lin said energy storage mandates of the kind seen in California could spur the market on, but an alternative could be the creation of a legal definition and asset class for energy storage – something Court said the government and regulators are already aware of and working on.

Capitas Finance’s Jason Hunter agreed the creation of an asset class would help but also he said, he would like to ask Britain’s government Business Secretary Greg Clark to include energy storage in the national Energy Technology List – which would mean various tax relief and capital allowances could be applied.

Faithful Chanda, a systems and innovation engineer at distribution network operator (DNO) Western Power Distribution, said the classification of storage i.e. whether it is defined as generation, load or indeed in its own separately established category, needed to be given clarity as soon as possible.

The panel discussion happened on the day NEC ES announced its first qualified partner, Dale Power Solutions, as distributor of NEC ES’ distributed energy storage solutions to the C&I market. The deal was announced from the show floor on the first day of Solar & Storage Live. Dale will be tasked with developing NEC ES’ behind-the-meter energy storage projects and is already working on a number of installations at various stages of completion.