Biden looks to turn around US dependence on lithium battery imports 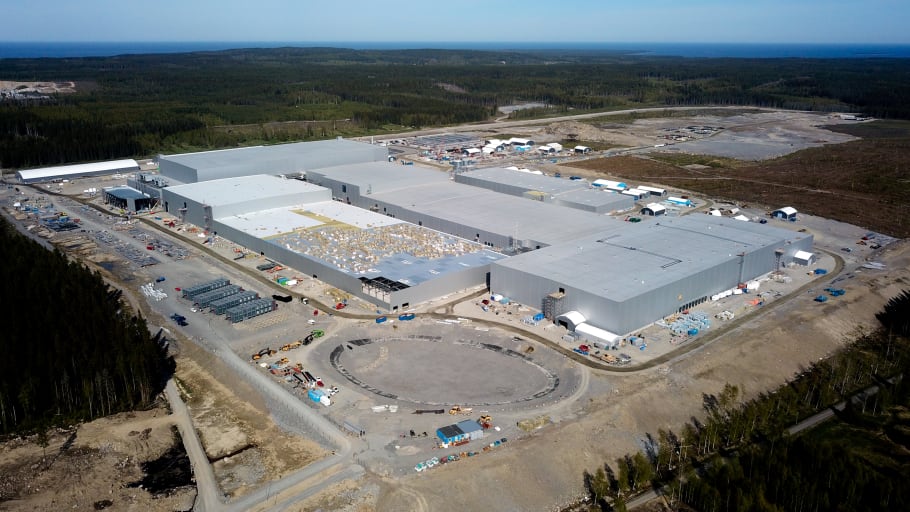 Emphasis has been placed once again on the importance of developing domestic battery supply chains for electric vehicles and energy storage by the administration of US President Joe Biden, with the country currently highly dependent on imports.

In late February, President Biden announced a 100-day review of supply chains for critical materials and components in four different industry sectors, with advanced high-capacity batteries highlighted among them. The advanced battery report by the Department of Energy (DOE) has been completed and submitted to the president, who responded by issuing a set of immediate actions to be taken.

Those immediate actions are:

The DOE said in a press release on Tuesday that America’s dependence on imports leaves the country open to vulnerabilities in the supply chain and also presents an opportunity to invest in what it considers to be one of the biggest drivers of economic growth in the coming decade to create a “secure, diversified supply chain”.

This includes urging Congress to unlock investment in battery cell and pack manufacturing through a grant programme that would share the costs of setting up manufacturing facilities, as well as recommending that lawmakers commit to electrifying US school buses and transit vehicles and providing rebates and tax incentives to encourage consumer adoption of electric cars.

The DOE also recommended to Congress that receiving tax credits, lending facilities and grants to produce equipment or components in the US must be contingent on those businesses creating well paying unionised jobs. It also said legislation must be introduced to ensure high environmental standards for critical mineral extraction.

“The Biden administration understands that we can’t build a clean energy future that’s wholly based on imports. Investing in the U.S. energy storage supply chain will turn today’s vulnerability into tomorrow’s opportunity,” Lindsay Gorrill, CEO of KORE Power, an energy storage system and battery cell manufacturing startup, which is in the process of trying to build a 12GWh lithium battery storage ‘gigafactory’ in the US, said.

“It’s an opportunity we can’t afford to miss.”

KORE Power’s factory would be the first lithium-ion battery manufacturing facility owned by a US company and could create more than 3,000 jobs and Gorrill claimed the battery capacity the company will provide will reach a receptive market “starved for supply”.

South Korea-headquartered LG Energy Solution, one of the world’s biggest lithium-ion battery manufacturers already, is aiming to reach more than 110GWh of battery production capacity within the US, rapidly investing more than US$4.5 billion by 2025 to add to its existing 5GWh plant in Michigan, which opened in 2012.

“We welcome the Biden administration's commitment to pursuing a comprehensive climate agenda, and we are pleased that LG Energy Solution is able to be part of this effort through cutting edge battery technology for electric vehicles (EVs) and Energy Storage System (ESS),” the company said in a press release yesterday.

“We know the importance of carbon dioxide reduction and the need to boost clean energy infrastructure and research and development efforts and secure good-paying, union jobs for American communities.”

The US national Energy Storage Association (ESA) also welcomed the administration's actions and ESA interim CEO Jason Burwen described it as critical for the US to develop a robust supply chain.

“Stimulating demand in the U.S. for batteries and other energy storage technologies is the single most important determinant to greater investment and innovation in American battery manufacturing capabilities,” Burwen said.

The ESA continues to call for the adoption of an energy storage investment tax credit (ITC), an incentive which Burwen said would stimulate demand and therefore investment in the US, adding that FCAB's blueprint for lithium manufacturing will only be of true value if there is a sufficient domestic market for batteries.

While Asia is where the majority of batteries are coming from today, there have already been huge efforts in Europe to begin creating a battery manufacturing base and supply chain over the past couple of years, which the US is belatedly seeking to catch up with.

This week Sweden-headquartered startup Northvolt said it had secured US$2.75 billion in fresh investment from institutional investors and existing partners like Goldman Sachs and Volkswagen — which has already booked a US$14 billion supply order with Northvolt. This brings up investment gathered by the company to US$6.5 billion so far.

The startup is targeting the eventual creation of 150GWh of annual production capacity within Europe by 2030 and has already booked a total of US$27 billion customer orders, including from Volkswagen and from stationary energy storage system integrator Fluence. While Northvolt will be primarily targeting the electric vehicle sector, the company has said that around a fifth to a quarter of its batteries could go towards the ESS market. The latest investment will help it ramp up the capacity from its Northvolt Ett factory currently under construction in Sweden from a planned 40GWh to 60GWh, which Northvolt said was based on strong customer demand.

European Commission vice president Maros Šefčovič, currently in the news due to his involvement in ‘Brexit’ negotiations with the UK, spearheaded the setting up of the European Battery Alliance in 2017, with the vision of creating an annual €250 billion (US$304.11 billion) battery value chain in the continent by 2025.

“The European Battery Alliance brings together more than 600 industrial, financial and innovation actors with the objective to build a strong, sustainable and competitive European industrial battery value chain, from mining to recycling. By facilitating collaboration between mission-driven businesses and public institutions on this key energy transition challenge, we Europeans are succeeding in our endeavour to deliver the European Green Deal,” Diego Pavia, CEO of EIT InnoEnergy, the EU innovation accelerator programme, which has overseen the alliance, said this week.

“Relevant achievements include the number of EVs sold in Europe in 2020 (1.365 million) being triple that of the US, and the investments captured (€60 billion) almost three times that of China.”

Pavia called the Battery Alliance a “leading example of how Europe can create new industrial value chains, which are at the core of growth, job creation and competitiveness.”