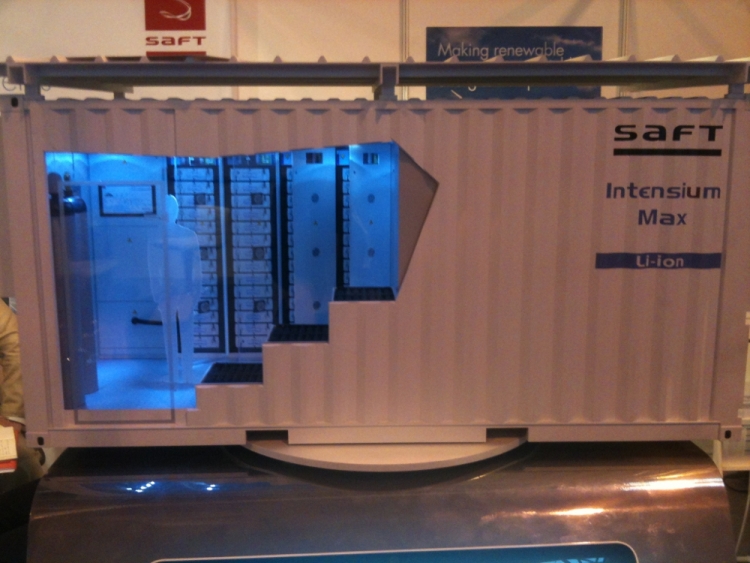 Battery and energy storage system maker Saft has confirmed the go-ahead of a project in Bermuda that was reported by local press sources earlier this month.

The company announced today that the construction of a 10MW lithium-ion battery energy storage system is to go ahead, with an expected lifetime of 20 years. Through the project, Saft will be able to demonstrate the company’s capabilities to integrate storage systems into energy networks and in building long-life assets to the grid.

Bermuda’s utility, Bermuda Electric Light Company (BELCO), commissioned the system, which will provide frequency response and spinning reserve – both so-called front-of-meter ancillary services which help maintain the balance of supply and demand of energy on the grid within manageable parameters.

Both services have historically been provided by thermal power generation, meaning that in the case of spinning reserve, where generators are ramped up to meet demand within minutes of receiving a signal from the grid, the turning up and down of fossil fuel power plants can be limited. Similarly, the battery storage system will be able to respond within seconds of a request to inject or absorb energy from the grid to maintain operating frequency.

Local news outlet Bernews had reported from the project on 4 February. Energy-Storage.news had emailed Saft’s communications department for confirmation and further information at the time but had not received a response.

Saft’s statement today did confirm that the project’s procurement by BELCO was in line with the utility’s long-term planning documents, recently published. It follows on from the island territory’s government establishing an Electricity Act in 2016 aimed at modernisation of Bermuda’s networks.

Saft said it is designing, delivering and installing the 10MW system under a turnkey contract, which is thought to be 5.5MWh capacity and will be built into their containerised form at Saft’s assembly facilities in Jacksonville, Florida. Saft will integrate and deliver control and monitoring capabilities, while power conversion equipment and switchgear will be supplied by automation and engineering company ABB. A local contractor meanwhile will install and commission it onsite early this year.

Bernews had carried quotes with BELCO representatives which added a little more technical detail, explaining that the 10MW of power can be discharged for up to 30 minutes. The batteries will be capable of kicking in within 50 milliseconds of a problem with generation being detected.

“This response is three times faster than a standard engine and will help to avoid the load shedding often associated with such events. When the new BESS facility comes online, it is anticipated that there will be estimated savings of US$2 million on fuel and maintenance costs whilst allowing BELCO to continue to supply a high level of continued reliability. The batteries used in the BESS are lithium ion and have a 20-year lifespan and are also recyclable,” the BELCO spokesperson said, adding that Saft, which is owned by oil and gas major Total, was awarded the project through competitive tender.

Bernews also quoted an interview with BELCO mechanical engineer Stephanie Simons, who said that the benefits will include reduced wear and tear on the existing network equipment and that while the project will last two decades, investment will be paid back within four years.