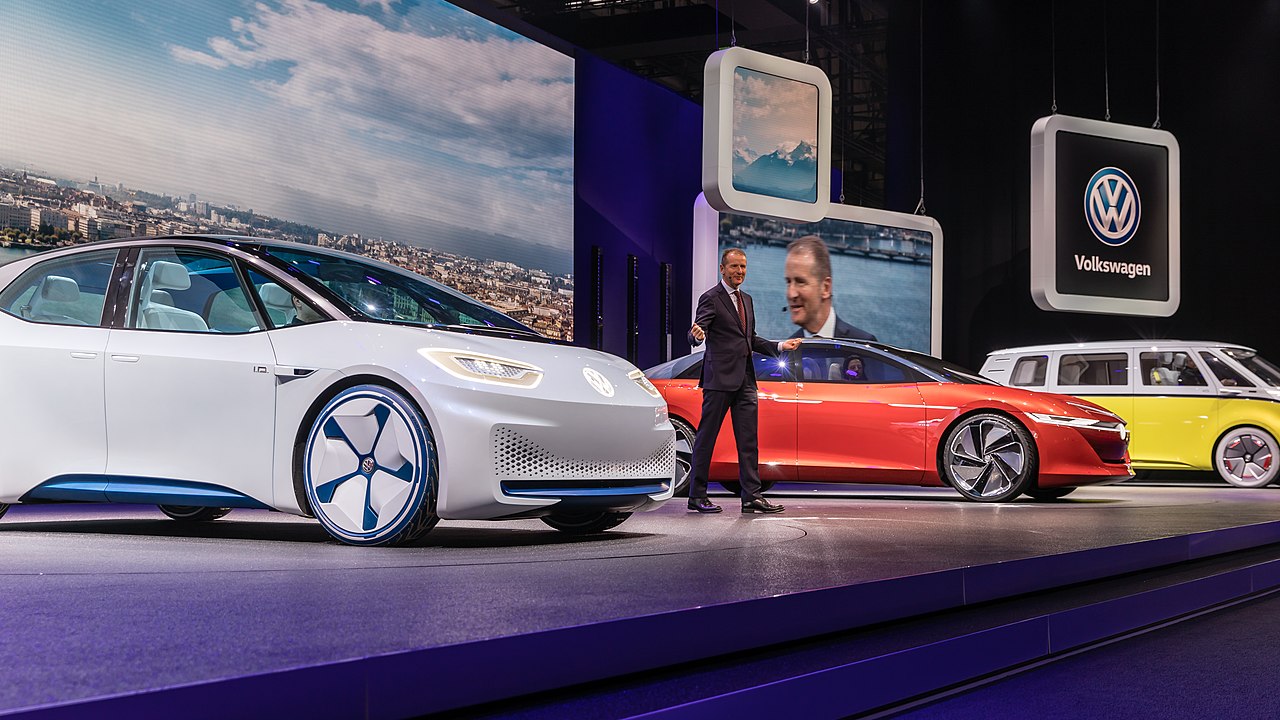 Both companies supply partners in the US including Volkswagen (pictured) and Ford. Image: Wikimedia user Matti Blume.

South Korea’s LG Energy Solution and SK Innovation have reached an agreement to settle litigation between the pair which has been ongoing since April 2019 and threatened to derail plans to scale up battery manufacturing efforts in the US.

The lithium-ion battery makers’ dispute focused on their respective electric vehicle (EV) battery businesses and pertained to alleged violations of US International Trade Commission (USITC) rules which LG — at the time known as LG Chem but since rebranded — said amounted to misappropriation of trade secrets by its rival which could have damaged LG’s business in the country.

With SK Innovation in the process of building two giga-scale factories in the southern US state of Georgia, it had been thought the company’s future in the US, including its ability to import products, hinged on the outcome of the dispute and specifically to how the US administration might view the matter. LG meanwhile said earlier this year that it plans to invest US$4.5 billion in the US by 2025 to scale up its production of batteries for electric cars and for energy storage systems (ESS) to as much as 110GWh of annual production capacity.

Under the agreement which was announced yesterday, SK Innovation will pay LG Energy Solution KW2 trillion (US$1.8 billion) in lump sum payments and a running royalty, while both companies agreed to withdraw all pending legal disputes in the US and abide by a 10-year non-assertion agreement.

US president Joe Biden said in a statement that the settlement agreement was a “win for American workers and the American auto industry,” describing the manufacturing of electric vehicles and their batteries on American soil as “a key part of my plan to Build Back Better” along with the need for a “strong, diversified and resilient US-based electric vehicle battery supply chain”.

While the deal focuses on batteries for vehicles, there has been some discussion recently that demand from the transport sector is sucking up batteries away from the stationary energy storage space for homes and the grid, with LG Energy Solutions in particular a major vendor in that space in the US. In September, before Biden took office, four agencies of the US government said they would work together in recognition that “battery technology holds the key” to a future of cleaner transport and flexible, resilient electricity grids and scale up efforts to develop and make batteries in the US. About a month after his inauguration, President Biden issued an Executive Order that commanded the US take steps to mitigate risks in the supply chain for “large capacity batteries,”  Attendees at the Energy Storage Summit USA 2021 heard a couple of weeks ago that mining and raw materials production would likely scale up significantly in the years to come as well.

“LG Energy Solution and SK Innovation have decided to settle to compete in an amicable way, all for the future of the US and South Korean electric vehicle battery industries. We are dedicated to work together to support the Biden Administration’s climate agenda and to develop a robust US supply chain,” LG Energy Solutions CEO and president Jong Hyun Kim and SK Innovation CEO and president Jun Kim said in a joint statement.

“Lastly, we sincerely appreciate the Korean and US government officials for their great efforts to reach an agreement.”

“As the agreement eliminates uncertainty about the operation and expansion of the US battery business, SK Innovation plans to accelerate the stable operation of Plant 1 and construction of Plant 2 in Georgia,” SK said in its own statement.

“Also, in addition to our US investments, SK Innovation plans to invest worldwide to reinforce the global electric vehicle industry.”

James Frith, head of energy storage at research and analysis group BloombergNEF said on Twitter that the deal “was never guaranteed, but was the most likely outcome”.

“Over 60 days both sides have tried to play their hand and influence the Biden gov. This is the best outcome for both companies and for EVs in the US.”

Ford Motors, which buys batteries from both manufacturers, said in a statement that: “We are pleased that SK Innovation and LG Energy Solution have settled their differences. This allows us to focus on delivering a range of Ford world-class battery electric vehicles for our retail and fleet customers, while also supporting American workers, the economy and our shared goal of protecting the planet.”