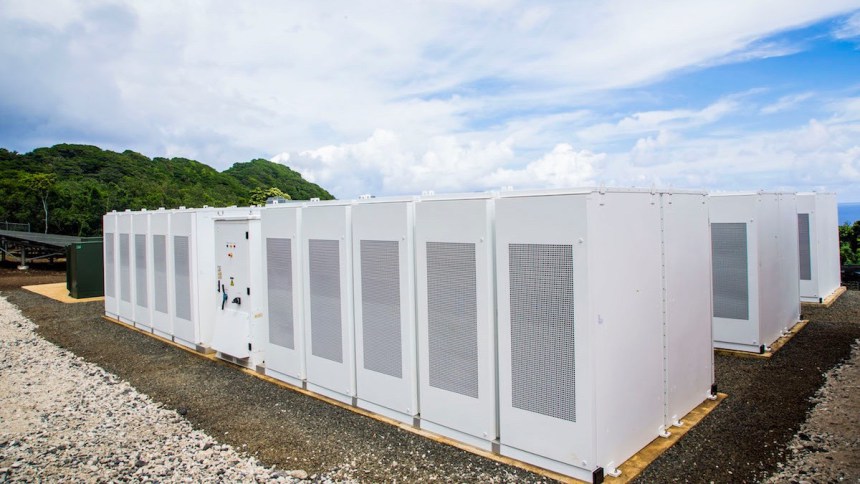 Demand for lithium-ion batteries from across the value chain, and automotive manufacturers, has led to supply constraints. Image: Tesla.

Battery storage systems have been proven to be “extremely lucrative” for commercial and industrial (C&I) customers in the US, but a lack of customer knowledge of regulations and supply shortages of battery cells could yet stymie the market’s growth.

A panel of experts reached that verdict during this week’s Energy Storage Summit USA, organised by Energy-Storage.news publisher Solar Media, with a discussion yesterday focusing specifically on the growth of the behind-the-meter market in the US.

Chloe Holzinger, senior analyst for energy storage at research firm IHS Markit, said that power demand charges and other economic factors were creating the “strongest case” for C&I customers to turn to battery energy storage solutions in the US.

While this largely depended on a company’s load profile and tariff schedule, Holzinger said that in some cases energy storage solutions had proven to be “extremely lucrative” for C&I customers, producing simple payback periods of less than two years. This was largely being achieved for companies that had regular, pronounced load peaks that aligned with periods of high grid demand, with batteries of two hours regarded as the optimal duration.

Ian Blakely, chief technology officer at Enchanted Rock, a power resiliency systems provider based in Texas, said that corporate customers had responded significantly to recent events in the state, with threats to business operations posed by loss of load from the grid acting as a further driver to behind the meter storage.

Blakely gave the example of H-E-B, a chain of grocery stores in Texas which had microgrid solutions installed by Enchanted Rock. During Hurricane Harvey, a major category 4 hurricane which hit Texas back in 2017, Blakely said Enchanted Rock was able to island several of H-E-B’s stores and ensure they remained operational during expected grid outages. This in turn allowed H-E-B to redirect deliveries to these specific stores, reducing spoilage and preventing widespread business interruption during the weather event.

Suparna Kadam, senior director for business development at Pivot Energy, a commercial solar and storage systems provider, added that behind-the-meter customers were largely being driven by financial incentives and other market requirements, noting in particular the strong regulatory support for storage on offer in California.

There is, however, a need for C&I customers to be better informed of the regulations that support storage on a state-by-state and federal basis. Kadam said that while Pivot’s customers in California were notably more informed than others – with Massachusetts and New York typically highlighted by members of the panel as other states where C&I interest in energy storage remains high – it was only the “highly, highly educated customers” that were aware of the finer details of energy storage policy in the US, most notably FERC Order 2222.

Order 2222, approved by the Federal Energy Regulatory Commission in September last year, enables distributed energy resources such as C&I battery storage solutions to participate in regional organised wholesale capacity, energy and ancillary services markets, potentially opening up such installations to greater sources of revenue, thus improving project economics even further. The decision was widely lauded as a “victory for grid reliability” when approved, but is also regarded as a potential boon for the storage marketplace. In December 2020, energy research firm Wood Mackenzie said efforts to increase market participation for energy storage set the stage for “exponential growth”.

Growth in the US energy storage market could also be hindered by supply chain constraints, with the availability of lithium-ion batteries said to be considerably limited on extremely high demand from several high-growth sectors, particularly the automotive market. Holzinger said that demand from automotive manufacturers for battery cells had even spread to lithium iron phosphate (LFP) chemistries, batteries not previously ordinarily associated with electric vehicles.