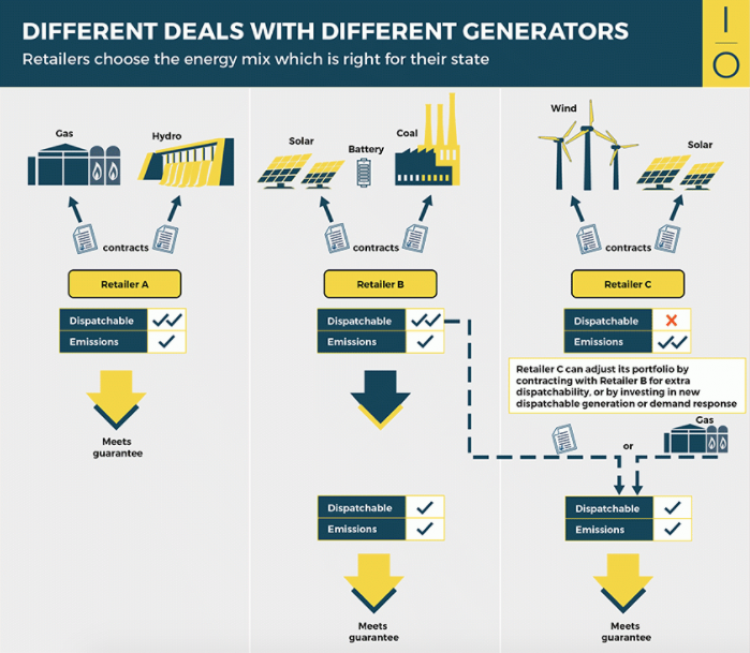 Australian Solar Council chief John Grimes has said of the new technology-neutral plan: “It is hard to imagine a worse policy.” Credit: Australian Department for Energy and Environment.

Australia’s government has dropped plans for introducing a Clean Energy Target (CET) post-2020, opting instead for a technology-neutral plan that it claimed would prioritise reliability and bringing prices down.

The new policy, known as the National Energy Guarantee, hands power to the nation’s utilities allowing them to choose the energy mix that suits them, with no real driver or target for clean energy, and no clear subsidy or direction once the Renewable Energy Target (RET) comes to a close in 2020.

The Department for Energy and Environment stated: “The government is acting on the Chief Scientist’s recommendation that new measures are needed to improve reliability and investment certainty in the electricity sector. To do this, we will take the advice of the independent Energy Security Board and implement a new National Energy Guarantee.”

However, the move actually ignores the recommendations of Australia’s chief scientist Alan Finkel, which included introducing the CET. Government rhetoric around grid reliability issues also once again pointed the finger at the increasing penetration of renewables such as wind and solar into the grid.

The government also stated: “Past approaches have ignored reliability and affordability, rewarding some industries, punishing others and slugging consumers. We are taking a very different course. The National Energy Guarantee does not pick winners – it levels the playing field and is technology-neutral.”

The industry is still awaiting the finer details on quite how the new Guarantee will play out and while its full impact on renewables is unclear, most clean energy bodies have criticised the move.

Australian Solar Council chief executive John Grimes, said the government’s decision meant there would be no renewable energy policy after 2020, while the new National Energy Guarantee would increase the cost of renewable energy projects.

Grimes, who is also president of the Australian Energy Storage Council added: “It is hard to imagine a worse policy.”

He also said the policy flies in the face of the Australian public, which is taking up solar and energy storage with great enthusiasm.

The decision is expected to yet again impact investor confidence in Australian renewables, in a similar way that politicking around the Renewable Energy Target (RET) two years ago stifled investment.

The Clean Energy Council (CEC) said the government had blown a “golden opportunity” by dropping the CET, and said it is likely to result in a substantial slowdown in new clean energy investment, meaning power prices will actually keep rising.

CEC chief executive Kane Thornton said: “The Clean Energy Target was the best opportunity in years to lock in the long-term bipartisan energy policy needed to encourage investment in cleaner energy while improving system reliability and pushing down power prices.”

Campaign group Solar Citizens described the move as “deeply concerning” and said it would mean individual states would have to be the main drivers of renewables. The group also expected power prices to go up rather down as a result of the policy change.

Prime minister Malcolm Turnbull said in an online video: “These guarantees will ensure there is a place for all power sources in the nation’s future energy mix – solar, wind, coal, gas, batteries, pumped hydro. Our plan has no subsidies, no certificates and no tax.”

Australia’s energy sector is fraught with divisions over what has caused blackouts in South Australia and load-shedding issues in New South Wales. While often being accused of driving these reliability issues, solar and wind clearly offer the cheapest sources of power. Old fossil fuel-based plants are being shut down while alternative technologies such as rooftop solar are increasingly being taken up, leading to further rifts in the wider energy sector.