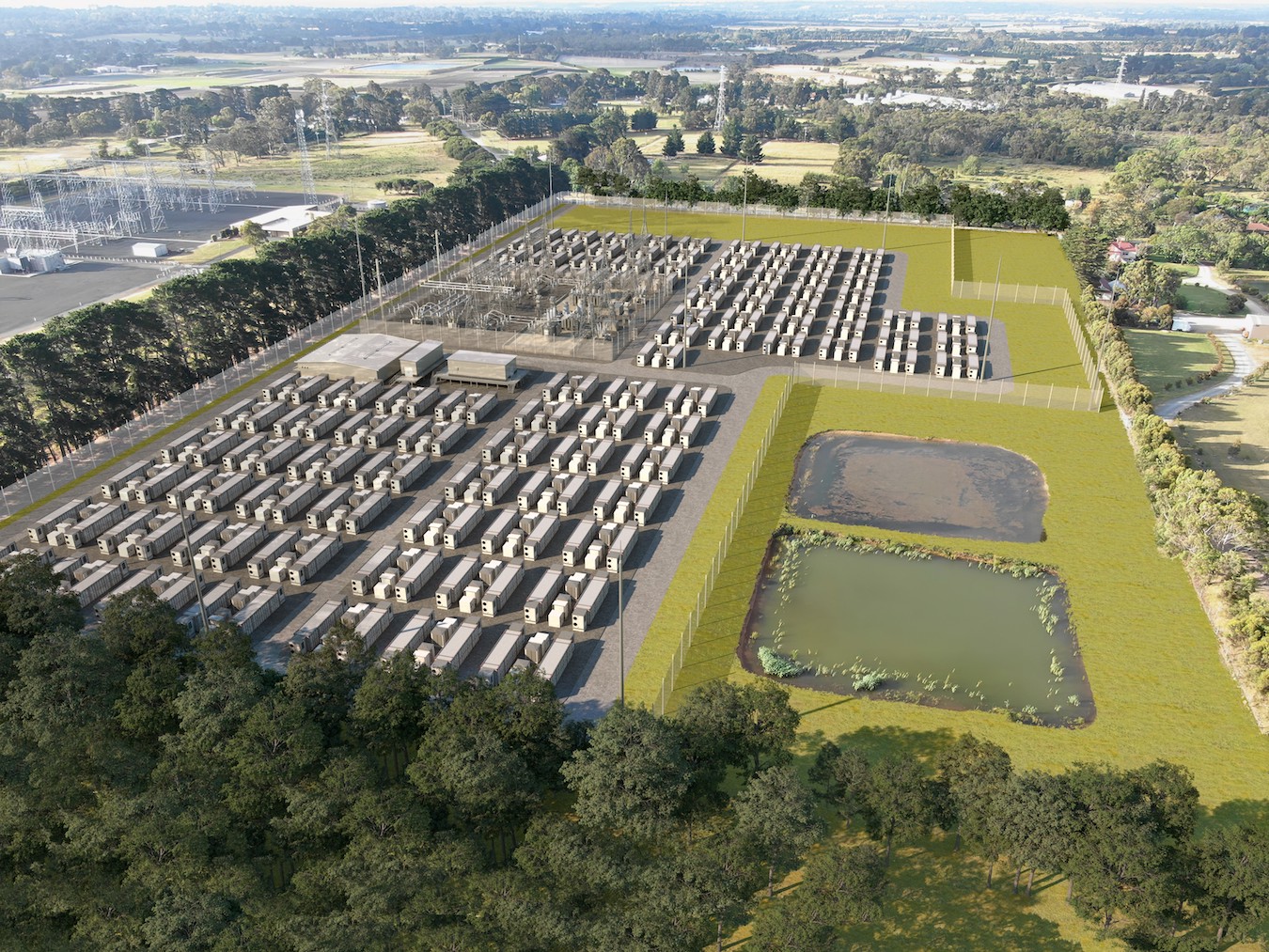 Rendering of how the 480MWh Mornington BESS project would look. Image: Maoneng.

Renewable energy company Maoneng has made public its plans for a 240MWp / 480MWh battery energy storage system (BESS) which it has proposed to build in Victoria, Australia.

The standalone BESS would be built in Victoria’s Mornington Peninsula, an area subject to fluctuations in demand for power due largely to seasonal tourism. The company said this morning in a press release emailed to Energy-Storage.news that details of the project, which would also aid local electric system reliability and aid the integration of renewable energy on the network, have gone on public exhibition.

A competitive tender process is underway to find a contractor to work on the project, which will be connected to an existing substation and could create 150 jobs during its 12-month construction phase.

According to figures from the Australian Energy Market Operator (AEMO), Victoria has a much lower installed capacity of energy storage than South Australia, New South Wales or Queensland, the other three states with highest energy demand in Australia’s National Electricity Market (NEM).

Victoria has just over 55MW / 80MWh of energy storage in service so far, although there are 320MW / 484MWh of committed projects in the state waiting to be built. Notable projects include the 'Victorian Big Battery,' a 300MW BESS under development by French renewables company Neoen and earlier this month infrastructure service provider Lumea opened up a process to tender for another 300MW grid-connected battery project near Melbourne. The state is targeting reaching 40% renewable energy by 2025 and Victoria’s government has said that investment in energy storage will be important in achieving these goals.

Maoneng, which currently operates a 300MW portfolio of large-scale solar and wind, said that the Mornington Peninsula project is part of a 1,800MW battery storage pipeline that it has in various stages of development. It is targeting a late 2022 completion date for its Mornington Peninsula project. In late June the developer submitted plans for a 225MW / 450MWh BESS project in Gould Creek, South Australia.

“They provide numerous benefits by operating on a commercial basis to deliver long-term sustainable outcomes that support all stakeholders – from local businesses and communities to the state government, regulators and investors.”

While research published in December by market consulting group Cornwall Insight Australia found that there were over 7GW of battery storage project either proposed or in the planning process in the country, another analysis group, Wood Mackenzie Power & Renewables noted this April that there is a bottleneck of projects, with only 4% of proposed projects having started construction from a pipeline of BESS that companies had hoped to build within two years.

This week, Energy-Storage.news reported that the Australian Energy Market Commission (AEMC) has unveiled new market design rules which it hopes will lower regulatory barriers to participation in the NEM and increase the revenues available from ancillary services markets to energy storage assets.