Startup Group1 is seeking to commercialise cathode materials for potassium-ion batteries, a world-first, while Northvolt is seeking to build batteries using a tree-derived carbon material lignin.

Austin, US-based Group1 said its Potassium Prussian White (KPW) cathode materials result in quick-charging, high-efficiency and safer potassium-ion batteries, and that these can be a sustainable and critical alternative to lithium-ion batteries.

Founded last year, it is led by its three co-founders, CEO Alexander Girau, chief science officer Dr. Yakov Kutsovsky and chief product officer Dr. Leigang Xue, who invented Group1’s proprietary KPW technology as a post-doc researcher in the lab of John B. Goodenough, the inventor of the lithium-ion battery.

“As our transition away from fossil fuels accelerates, the demand for lithium-ion batteries is spiking quickly, and our lithium supplies will soon be incapable of meeting that demand. Group1 and potassium-ion batteries can provide a viable alternative to bridge this supply gap,” said CEO of Group1 Alexander Girau.

He said the Prussian White cathode can achieve capacities of 120 mAh/g which is only about 60% of lithium-ion, and also has a lower energy density because of an open structure. The latter does make it suitable for the energy storage system (ESS) space, he added.

“The Prussian White cathode also uses much more abundant materials, potassium, manganese and iron are the main constituents – more suitable than nickel, cobalt and lithium which have seen surge prices over the last year,” he added.

A lack of existing scaled potassium-ion cathode producers is another barrier and Reid expects commercial production of such a battery closer to 2030, barring a fast-tracking by a major producer bullish on the chemistry.

Group1 said that the potassium used in its technology is 1000 times more abundant than lithium and 20 times more affordable, although the latter claim may depend heavily on recent price spikes. It also claims its battery has a better safety profile than lithium-ion and faster, more efficient charging, and can easily be integrated into existing graphite anode materials, electrolytes, cell design, and manufacturing for li-ion.

Northvolt and Stora Enso to develop batteries from tree material

Lignin is a plant-derived polymer found in the cell walls of dry-land plants, which makes up 20-30% of tree composition. Other battery companies like flow battery group CMBlu have produced batteries using the material too.

Northvolt and Stora Enso have entered into a Joint Development Agreement in which Stora Enso will provide its lignin-based anode material Lignode, originating from sustainably managed forests, while Northvolt will drive cell design, production process development and scale-up of the technology.

They said the aim is to develop the world’s first industrialised battery featuring anode sourced entirely from European raw materials, lowering both the carbon footprint and the cost.

“With this partnership, we are exploring a new source of sustainable raw material and expanding the European battery value chain, while also developing a less expensive battery chemistry,” said Emma Nehrenheim, chief environmental officer at Northvolt, which recently raised a US$1.1 billion debt facility.

Energy-Storage.news has frequently reported on the plethora of non-lithium battery technologies making progress towards large-scale commercialisation.

The CEO of Metal-hydrogen battery company Enervenue, which recently raised US$125 million in a Series A, recently explained in this interview why its technology can displace lithium-ion.

Sodium-ion is another battery chemistry which several companies are placing big bets on to place a dent in the hegemony of lithium. Next year, two production facilities with a combined production capacity of 1.6GWh (1GWh of which is just cathodes) will open in the US and Europe.

But more immediately, a 1,400GWh order in South Africa for US startup Ambri’s liquid metal battery tech and a 1GWh order for Eos’ zinc-based product show alternative chemistries getting to scale. 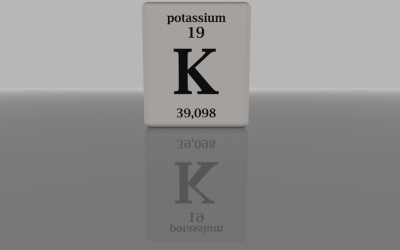 August 2, 2022
Austin-based potassium-ion battery startup Group1 says its technology has comparable energy density to lithium iron phosphate (LFP), and that it is aiming for a large-scale launch of its product by 2027.