AMS to develop 40MWh of ‘Hybrid Electric Buildings’ for Walmart 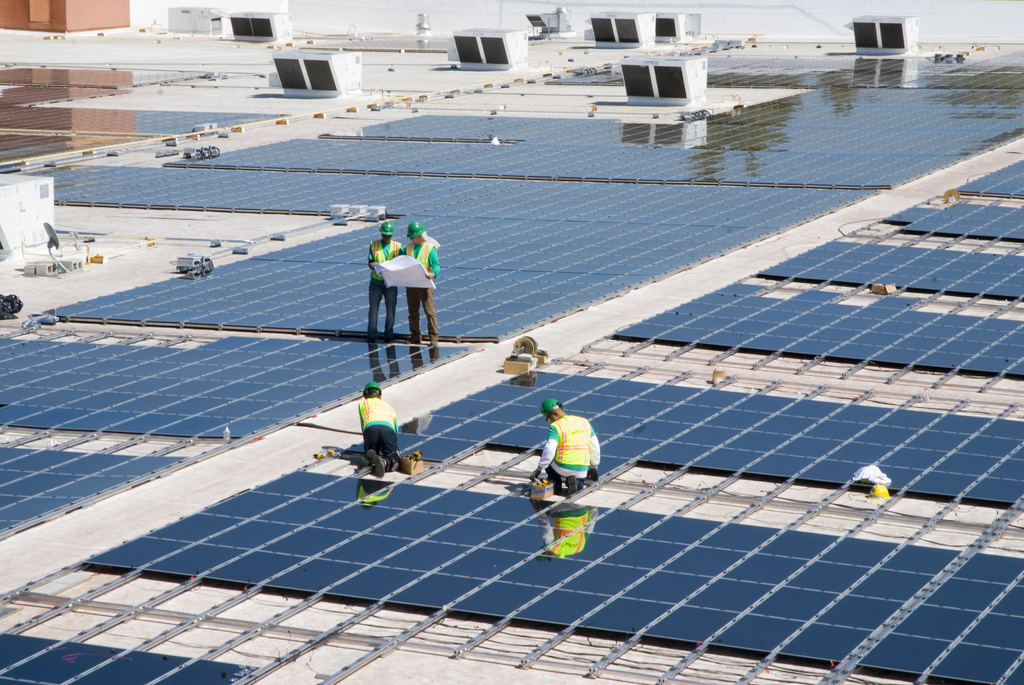 AMS said it will execute an “initial” 40MWh of battery-based energy storage across 27 Walmart stores in Southern California, announcing its agreement with Walmart yesterday. Each system will help reduce peak demand at the facility where it is sited, which at the moment appears to be the biggest driver for the commercial and industrial (C&I) energy storage sector in the US.

The 40MWh of Hybrid Electric Buildings will also ‘stack’ their applications (provide more than one service) by providing utility Southern California Edison with a dispatchable power resource to help support the grid, thereby accruing revenues. While the technology to be used was not revealed, AMS has a recent track record of working with Tesla’s Powerpack and Powerpack 2 C&I storage systems in its projects.

An AMS case study on an already completed project, for investment banking giant Morgan Stanley, reduces peak energy demand reduction by 20% on a 534,000 square foot facility, using 500kW / 1,000kWh of Tesla Powerpacks. Integrated into an existing building management system, the project allows Morgan Stanley to reduce the spikes in its electricity usage which can represent an estimated 50% of C&I enterprises’ electricity bills in the US and a headache for the grid operator. AMS continues to operate the Morgan Stanley system, which will also be the case for the 27 Walmart installations.

Like Walmart’s 145MW of mostly rooftop solar that it has installed to date, mainly via SolarCity, the AMS storage projects will be delivered at no upfront cost to the retailer. Walmart is aiming to be 50% renewable-powered by 2025 and eventually 100% – although it has not put a timeline on that more ambitious target as of yet.

“Cost efficiency is the hallmark of the Walmart brand. Adding energy storage capabilities to our clean energy resources reduces the capacity needed from the grid and is part of our commitment to increase reliance on renewable energy,” Walmart’s vice president for energy, Mark Vanderhelm said.

At the end of last month, 50MW of AMS and investment group Macquarie Capital’s storage projects gained a project financing deal from CIT Energy Finance. This followed the lending of US$200 million in project financing from Macquarie to AMS in July 2016.