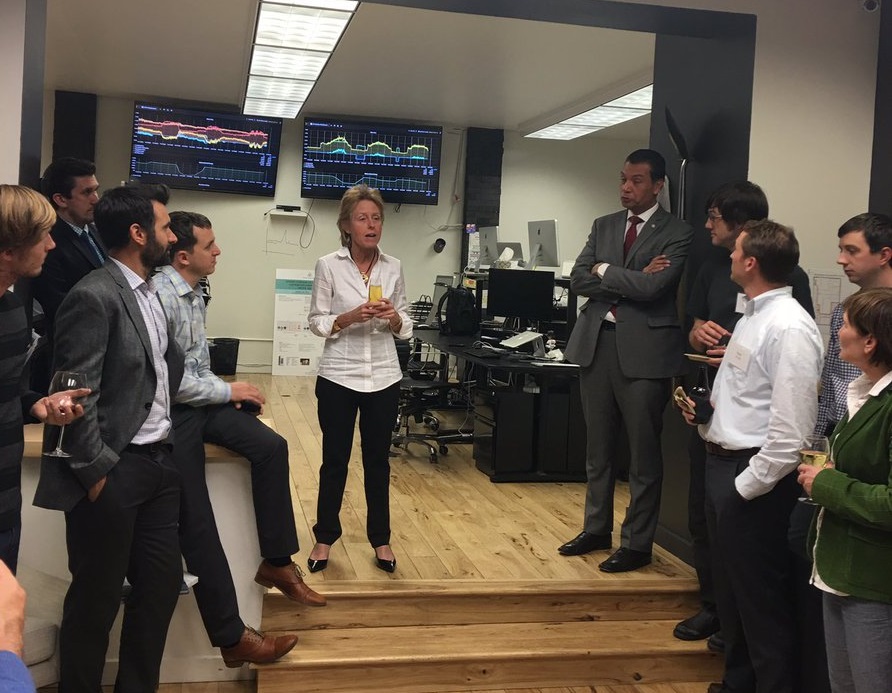 Investors including actor and activist Arnold Schwarzenegger, major Australian utility AGL, GE Ventures and Macquarie Capital participated in the successful raise of more than US$34 million in a Series B funding round, which AMS announced yesterday.

AMS said it will use the cash to scale up the deployment of Armada, the company’s platform for integrating distributed energy resources (DERs) into buildings and connecting them to the grid. The company also said the funds will go towards expanding AMS’ presence in new markets. Energy-Storage.News emailed an AMS representative for further details on which geographies and market segments this may constitute, but did not receive a reply by the time of writing.

As with a previous Series A, Nancy Pfund at social impact investing firm DBL Partners led the round, alongside utility-funded investment firm Energy Impact Partners (EIP) and a utility, Southern Company. A distributed infrastructure subsidiary of Southern Company recently formed a partnership with AMS for behind-the-meter project work.

Pfund told Energy-Storage.News that there were plenty of reasons why AMS had been a popular call for investors. The company is led by energy industry veteran Susan Kennedy, who had a three-year stint as a California Public Utilities Commissioner and also served as advisor to Schwarzenegger when he was Governor of California.

AMS’ analytics are used to model optimised resource scenarios for potential customers. The software platforms are combined with aggregated systems of behind-the-meter battery energy storage to deliver efficiencies and savings for the system host. The company also investigates and implements potential revenue streams from providing services to the grid, including peak demand reduction and ancillary services.

“A personalised grid optimised for savings”

“AMS takes storage to a new level by combining it with algorithms, real time tariff information, and software to create load shaping strategies that allow the customer to create a personalised grid optimised for savings,” Pfund said.

“ASM buildings are set up to pull power from the right generation source at the right time. Meanwhile the utilities and grid operators benefit by having their needs fed into the system as a situation – such as grid overload – is playing out, allowing them to solve problems in ways that optimise cost, performance and reliability.”

AMS has raised US$52 million to date from funding rounds. The company also netted US$200 million in project finance in a separate deal with Macquarie in mid-2016. It appears to have a pipeline of high profile projects lined up, including a 40MWh deal with retailer Walmart.

While AMS has used Tesla Powerpack energy storage systems in the past, signing a supply deal for up to 500MWh with the EV and clean energy company in 2015, Nancy Pfund said the company’s tech-agnostic approach is another of its strengths, allowing it to choose the right and appropriately priced systems and components per project. This allowed the company “maximum flexibility in designing its solutions,” Pfund said.

Ultimately, according to Pfund, AMS’ “ability to bridge utility and customer needs”, went “beyond passive storage or solar approaches” and created “an active, dynamic system from the building to the grid”.

“AMS is poised to move beyond conflict and usher in the age of the distributed clean grid with benefits to all stakeholders, investors included,” Pfund said.

Read our in-depth, two-part interview on energy storage investment with Nancy Pfund of DBL. Part 1 is here and Part 2 is here.