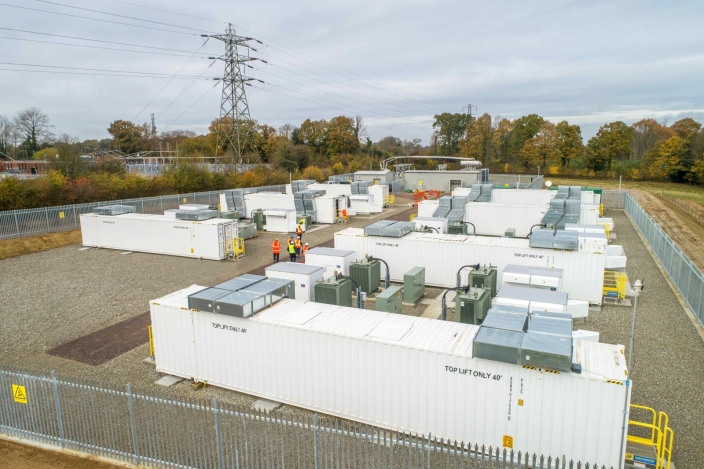 The joint venture, made up of CHP plant developer VPI Immingham and renewable energy investment and development company Low Carbon, which was the only tender winner in August 2016 to win two EFR contracts with National Grid, announced the completion of the projects alongside system integrator NEC Energy Solutions which commissioned the projects.

The 40MW battery park in Glassenbury in Kent, south-east England and the 10MW battery park located at Cleator in Cumbria, north-west England, will deliver a quarter of the 200MW capacity secured by National Grid to provide sub-second grid flexibility to increase reliance on low-carbon forms of electricity generation.

“Energy storage is critical to managing the demands on the grid, ensuring consumer needs are met, and increasing our reliance on low-carbon forms of electricity generation. These sites will help us tackle climate change and help the UK realise a cleaner and more energy efficient future.”

The two sites, which have now been connected, use LG Chem lithium-ion battery modules and advanced energy management systems from NEC to respond to surges in energy supply and demand under the four-year contract.

The company was also contracted to operate the sites to provide the EFR service directly to National Grid on behalf of VLC Energy. This will be handled by part of the AEROS controls system using an automated operating mode designed specifically for the UK frequency response service.

The completion of the projects makes the Glassenbury and Cleator batteries the second and third projects supported by an EFR contract to be finished after E.On commissioned the 10MW Blackburn Meadows battery in September 2017.

The remaining five projects, to be delivered by Vattenfall, Foresight, Enel and EDF, will need to be completed by the end of February to fall in line with the demands of the EFR contracts.

While National Grid will now move away from a dedicated EFR tendering system to one that is expected to incorporate firm frequency response needs of the system. On the back of the success of battery technology in the first EFR tender, National Grid expects this form of storage to continue to play a role in maintaining the system while providing value for UK consumers.

“Over four years we estimate that this service will save the system operator around £200 million (US$270.87 million). This is good news for consumers who benefit from our cost efficiencies, and paves the way for battery technology to establish itself as an important component of our energy system.”

“Batteries hold the key to the future of the power landscape, both in the UK and internationally.  Ensuring grid resilience is a necessary step in the growth of renewable generation,” added Russell Hardy, chairman of VPI Immingham and chief executive of EMEA at parent company Vitol.