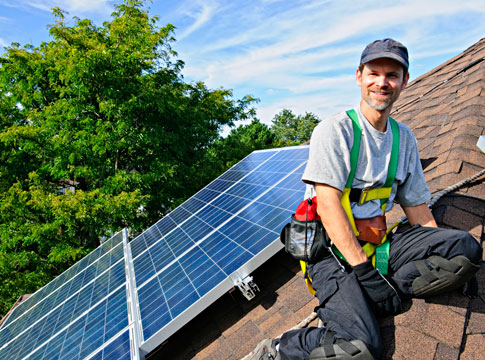 Australia-headquartered engineering and professional services company WorleyParsons said its first engineering, procurement and construction (EPC) contract for a battery storage project in the US shows how the energy sector is moving from “mega projects” to “portfolios of smaller projects”.

Australian Stock Exchange-listed WorleyParsons has dozens of offices around the globe and has been acquiring like-minded companies internationally since the early 2000s. Earlier this month, it was awarded an EPC contract for a 500kW / 1000kWh battery energy storage system in Oregon, USA.

To be built at Howard Elementary School in the city of Eugene, the EPC provider was awarded a contract by Eugene Water & Electric Board (EWEB), a customer-owned utility in the mid-Western state. Construction begins in June, with commissioning by the end of September this year. As with other energy storage projects delivered for schools, communities and public sector buildings in much of the US, the system will both help reduce energy costs and add backup power in the event of outages. This will include adding the capability to use the battery in conjunction with solar PV to provide clean drinking water for Eugene residents in emergency or disaster situations, from a well that the Water Board wants to install in future at the school. It's the latest C&I or community storage project to be delivered to the US schools sector, with other recent projects including the deployment of Sharp SmartStorage systems at several schools in California by Jigar Shah's Generate Capital.

Responding to Energy-Storage.News’ enquiries on the Eugene project, Bojan Popovic, VP of operations at WorleyParsons, said that while the project is itself relatively small, it demonstrates the type of value and services – and attendant opportunities – likely to be critical to growth in the energy industry today. In other words, the C&I energy storage space is getting too interesting to ignore.

“The power industry is currently undergoing rapid changes with the fundamental shift from centralised fossil generation to decentralised new energy generation. An aspect of this shift is the transition from mega projects to portfolios of smaller projects,” Popovic said, with the EWEB project a case in point.

“While relatively small in terms of scale or capital, the project is very significant for Eugene and for us as an organisation because we are truly committed to adding value to our communities with each and every project.”

Increasingly, Popovic said, customers’ expectations will be for projects that are “local, fit for purpose and cost-effectively leverage technical specialists from WorleyParsons’ advisory group, Advision. Popovic said WorleyParsons wants to pursue more distributed energy storage projects particularly in the US and Australia, and at both utility and smaller scale.

Financial terms for the Oregon project were not disclosed, however, Popovic confirmed it is being built with a state grant and used as a demonstration project for Oregon’s energy sector and for EWEB’s long-term planning in particular. EWEB selected multiple sites in its grant proposal to increase resiliency during outages by adding battery storage, as well as investigating additional value, benefits and revenues the storage could be used for. Meanwhile, WorleyParsons expects it to be just the first of many such projects to be announced over “the next few months”, Popovic told Energy-Storage.News.

“New energy is a clear area of growth for WorleyParsons,” Popovic said.

“We have mobilised our experts globally and engaged our customers in all sectors, signalling our intent to support them with their renewable energy needs. We put a strong emphasis on microgrids, connecting distributed energy resources (DERs) as a means to provide a more resilient, cost-effective power source for critical infrastructure, including support for health and safety, continuous industrial processes and emergency services.”