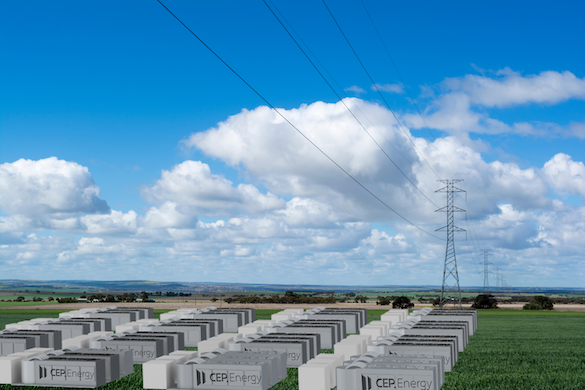 CEP. Energy, a specialist renewable energy fund company in Australia, has just announced the largest proposed grid-scale battery project in the world so far, with up to 1,200MW rated output.

Aimed at helping to integrate growing shares of renewable energy on the grid and in turn accelerate the phasing out of fossil fuels, the project will be sited in the small town of Kurri Kurri in the Hunter Valley region of New South Wales, about 150km north of Sydney on Australia’s east coast. The town lies within the Hunter Economic Zone, an industrial redevelopment scheme.

CEP. Energy, which plans to build out four battery storage plants at different locations around Australia totalling 2,000MW, said in a statement sent to Energy-Storage.news that a 30-year lease agreement has just been signed for the project in Kurri Kurri with local property development group Hunter Investment Corporation.

It’s important to note the phrasing “up to 1,200MW”, meaning the final design and size of the scheme is still in development and the company has not given an indication yet of the planned capacity or discharge duration of the project. Nevertheless, CEP. Energy’s battery storage system would be “up to” four times larger in rated output than the 300MW / 1,200MWh Moss Landing Energy Storage Facility in California, recently inaugurated and currently the world’s biggest battery energy storage system (BESS).

“Big batteries, including the one planned by CEP.Energy for the Hunter, will play a major role in filling the gaps left by the gradual retirement of coal and gas-fired generation assets, including the nearby Liddell Power Station,” CEP. Energy chairman Morris Iemma – an ex-politician who was formerly the premier of New South Wales – said.

Construction is anticipated to begin in early 2022 for completion in 2023, so it’s possible even bigger schemes will be announced or even built by then, but for now the project is setting the pace for scale. Another Australian project, proposed by integrated energy company Origin Energy would site 700MW / 2,800MWh of batteries at a retiring coal power station, also in New South Wales and French developer Neoen has filed a plan, to build a 500MW / 1,000MWh battery storage project in the state. New South Wales’s government has implemented an ambitious roadmap to deploying vast shares of renewable energy on its networks, including a handful of multi-gigawatt Renewable Energy Zones.

“The clean energy roadmap laid out by the NSW Government has provided the market with the confidence to invest in renewable generation supported by large battery storage. This project will help ensure the Hunter region of NSW remains true to its heritage as one of the nation’s energy powerhouses as we work towards a cleaner, decarbonised future,” CEP. Energy's Morris Iemma said.

Other notably large planned projects in Australia include utility AGL’s 250MW / 1,000MWh project in South Australia as part of a national drive to build 850MW of grid storage in total. In fact recent analysis by Cornwall Insight Australia identified a 7GW pipeline in the country of grid-scale battery projects at various stages of planning.

CEP. Energy which describes itself as funding, building and operating “advanced renewable energy microgrids and virtual power plants (VPPs) in partnership with property portfolio groups”, has recently also begun development of a VPP aggregating 1,500MW of industrial rooftop solar PV with up to 400MW of battery storage. That project, for which the company signed a deal with aggregator Smartest Energy to operate and manage in October 2020, should take five years to get to the planned capacity.