With solar, batteries and EVs on the rise in the US, why Open Automated Demand Response matters

Balancing the electricity supply system is not a simple task anywhere in the world, especially as more and more distributed energy resources come online. OpenADR can kick in whenever the grid operator needs to reduce demand to keep the system stable. Aric Saunders of Electriq Power, a California-based provider of battery energy storage systems for homes and small businesses, explains.

The power grid operation has changed considerably in the last 20 years. While back in the 1990s, Independent System Operators (ISOs), coordinators of regional transmission assets, had complete control of the electricity generation in the power grid in much of the US, today in 2020, the freedom for independent customers and market participants to generate power whenever, wherever has led to tremendous uncertainty that system operators must now learn to handle.

One of the most important players in the sector has been solar energy. In the last 20 years, the widespread adoption of solar PV systems throughout the US has had a particular effect on the grid operation known as the duck curve.

The duck curve was first documented in California as a phenomenon that only occurs in power grids with the widespread adoption of solar power. As solar PV systems generate electricity independently of the energy demands, the excess power is sent back to the grid where it is used by the power utility to serve other electricity demands.

However, the delivery of large amounts of solar power to the grid, can cause an excessive generation that must be balanced by grid operators. In the same aspect, solar power starts to rapidly reduce after 5 pm, meaning that large generation capacities must be rapidly substituted by traditional and controllable power plants to meet energy demands in a process that generates additional costs.

Although solar is the greatest factor in the power grid, particularly in California, wind turbines, which have also been widely adopted throughout the US, have similarly high uncertainties in electricity generation due to unpredictable wind speeds that vary constantly throughout the year and over time. These conditions are often even more unpredictable than solar.

A new addition to the power context of the grid that is expected to expand rapidly in the next decade is the electric vehicle demand. This new transportation technology will shift the way we travel from one place to the other, leaving fossil fuels behind and increasing our electricity demands. However, unlike typical electrical demands, electric vehicles have an important distinction: mobility.

While most loads consume similar patterns of energy demands each season for specific site locations, electric vehicles consume large quantities of energy that can vary drastically based on a consumer’s needs. EV’s also do not necessarily rely on energy from a single source:  unlike a large air conditioner that is installed and fixed in one place, electric vehicles may be charged at home or in EV stations throughout the city or country.

If this distribution is extrapolated to the higher level across a state, then huge electrical demands will irregularly shift from one side to the other, basically at will of the EV users. In the consideration of a societal shift towards a massive adoption of EVs, a problem for grid operators will be to accurately predict or approximate the energy and power demands in the different nodes (points of consumption) of the grid. 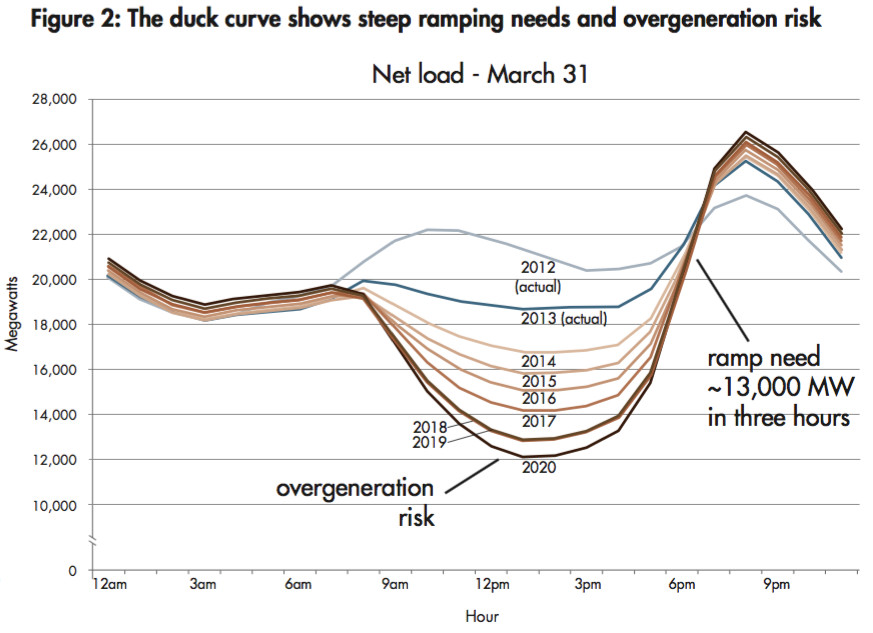 The need for OpenADR, what it is and how it works

This progression towards a more sustainable landscape requires, more than anything, flexibility to be implemented in power utilities of the future. Just as new buildings are designed to move according to the force of winds or earthquakes, power utilities must no longer be rigid and millimetric predictable models, but adaptable and reliable systems.

Technology developers who anticipated the need for a new operation model for power systems have started to implement the concept of Smart Grids. These grids are integrated with a communication system that allows the power utility to communicate directly with the equipment in the customer facilities and automatically adjust the consumption to the needs of the operation for the power grid. This new communication protocol is known as OpenADR or Open Automated Demand Response.

The operation of the grid is variable, however, to be stable, it must be able to keep demand, generation, and power losses balanced. This means that all energy generated must be consumed. Due to the highly unpredictable nature of the loads in the near future, the OpenADR program is an initiative from multiple organisations and utilities to develop a system in which utilities have increased control of power flows in the grid while maintaining flexibility and freedom for consumers.

Basically, whenever the grid operator needs to reduce demand to keep the system stable, the OpenADR system will automatically signal a demand response event notification through the Demand Response Automation Server (DRAS). This communicates with a locally installed OpenADR device or energy management system (EMS) in selected loads across the grid that will then force or encourage a reduction in load consumption from the industrial, commercial, or even residential facilities. The exact parameters of the reduction are dependent on a previously agreed curtailment rating that also specifies time periods throughout the day.

Another scenario could occur in the event that the grid needs to increase demand to keep the system stable and to balance the daily excess solar generation In the same way, the DRAS will send a notification to the OpenADR device to activate or increase specific loads during a specific period of time. An example of this program is California investor-owned utility Pacific Gas and Electric Company’s (PG&E's) Excess Supply DR Pilot Program.

California is probably the most advanced region in the world in terms of OpenADR. Multiple utilities such as Pacific Gas and Electric, Southern California Edison, San Diego Gas & Electric, and Sacramento Municipal Utility District already have ADR programs available.

There are different demand response programs implemented by utility companies that offer this system, including:

The CPP consists of a rate structure designed to encourage a reduction in consumption during periods in which wholesale electricity market prices are high (summer season, for instance) or during periods of reliability contingencies in the grid. A pre-specified and considerably high rate of electricity is implemented for a limited number of days or hours when demand or prices climb in the grid. This rate is designed to encourage the customer to shift consumption to off-peak times in order to avoid higher energy charges. The customer will then receive bill credits, typically during summer months. Depending on the utility, they can receive up to 12 CPP notification events in a year.

The CBP is another excellent example of an OpenADR program. The customer submits to the utility monthly nominations (bids) under which the customer agrees to lower their energy consumption during these events in order to receive compensation in return. The payment varies across the utility and depends on the customer’s actual energy consumption during a CBP event. The greatest advantage of this program is that it gives the customer the freedom to choose their reduction periods according to their preferences for each month. The customer is still notified a day before or the day of the event.

Under this type of program, the customer provides authority to the utility company to remotely control the customer's electrical equipment, particularly the air conditioning system, during periods of higher ambient temperatures. The purpose of the program is to reduce the electrical demands from air conditioning systems during high consumption periods (summer). This sort of program notifies the customer with short notice. The customers who benefit from Real-Time Pricing (RTP) rates are usually only given short notice.

When the local grid is under stress, this program increases the cost of charging electric vehicles in order to shift customer charging times to off-peak hours. The OpenADR application delays EV charging, allowing customers who shift their consumption to save money with lower rates and get compensated for load reduction.

The OpenADR also allows the grid to automatically optimise the charging station based on the grid conditions or pricing schemes by sending signals to the OpendADR device or system.

One of the best ways to utilise OpenADR programs is through battery storage systems. These devices allow communication with utilities which can send signals to the battery management system to either store power from the grid (when excess generation is available) or even deliver it (when more power is required), according to the needs of the power system. Smart-ready inverters can also be integrated into the programs to limit generation input of electricity from solar when the grid has excess solar power. These solutions allow homeowners to take advantage of OpenADR programs and prepare for California’s smart grid future.

Cover Image: The growing adoption of solar energy is one of the biggest changes in the power system over the past 20 years, but with that comes a new set of challenges. Image: Electriq Power.