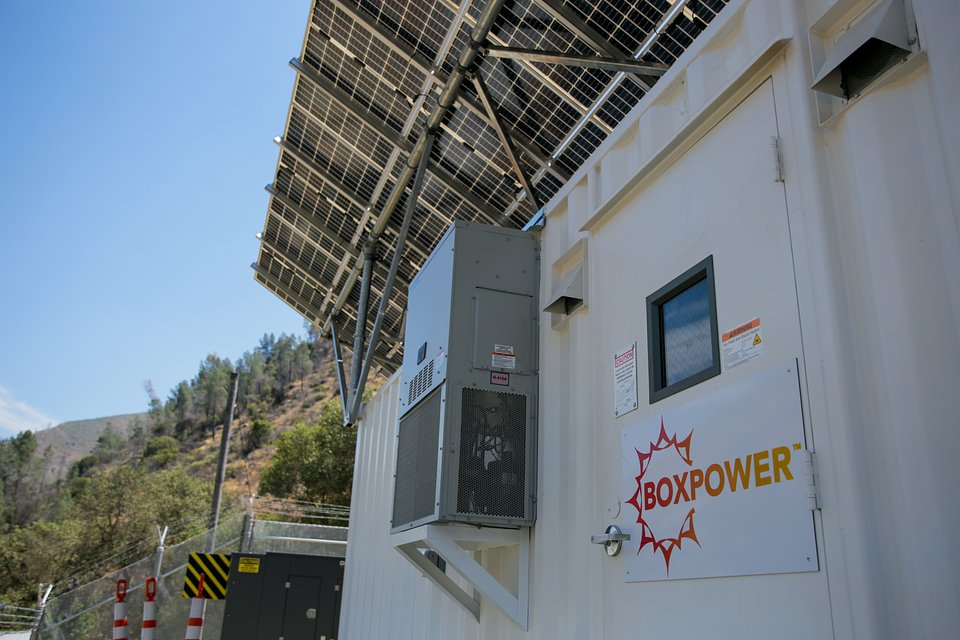 California’s second-largest investor-owned utility Pacific Gas & Electric has warned customers of a challenging summer ahead, beginning with a record-breaking heatwave expected in some parts of the state this week.

On 10 June, the company highlighted that wildfire season is on its way and that nearly 80% of California is facing “extreme or exceptional” drought. PG&E warned homeowners to adhere to state laws which require them to maintain 100 feet of defensible space around their homes and structures, clear of vegetation and other flammable materials that could enable a wildfire to spread.

It also said that as with the past couple of years, it may be necessary to enact Public Safety Power Shutoffs, basically de-energising the utility’s wires and poles out to certain parts of California to prevent ageing infrastructure from causing or exacerbating fires — as has already happened in the past with devastating consequences.

Faced with this already-difficult situation, California’s grid operator CAISO issued an alert on Monday (14 June) that excessive heat warnings may mean people in the state are asked to turn down their electricity use, although at that time the need for rolling outages was not anticipated.

Last year, a heatwave in August caused exactly that. While CAISO has previously said that the precarious situation this year will be improved, largely due to the increase in solar and battery storage on its networks, the public should prepare for “possible stressed conditions caused by extreme hot weather”. PG&E reiterated its own warnings this week that there could be heat-related power outages. PG&E said it was not anticipating any PSPS events in the immediate future but that the public should be prepared for that eventuality. 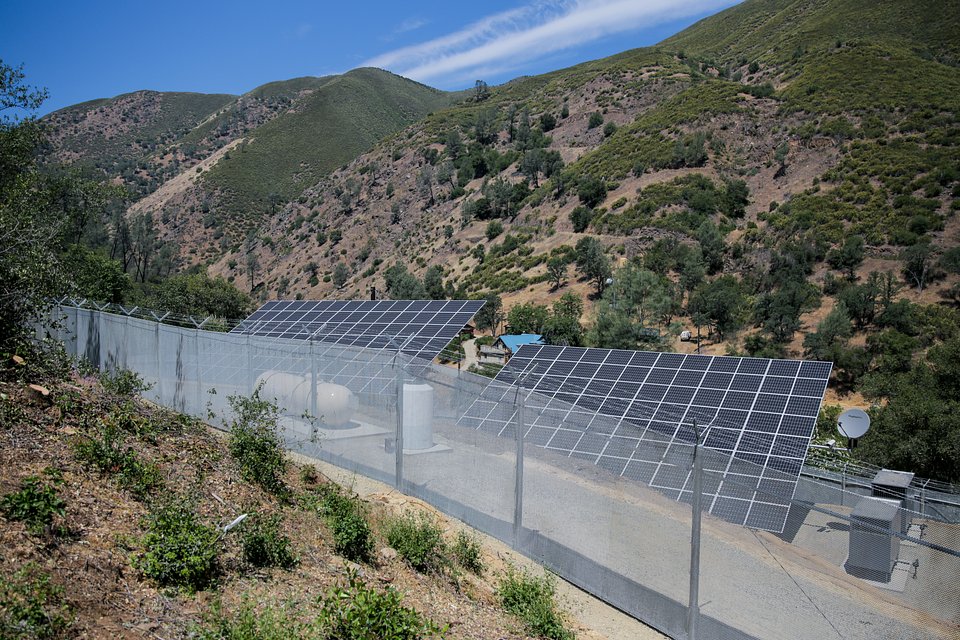 36.5kW DC of ground-mounted solar helps the Briceburg community bypass the need for overhead distribution lines to pass through the High Fire-Threat District (HFTD) to get power to their homes. Image: BoxPower.

Anecdotal evidence suggests that homeowners in California and elsewhere in the US affected by unstable grid conditions or unreliable power supply have been increasingly turning not only to backup generators but also to battery storage. Several industry sources have told Energy-Storage.news that enquiries for and sales of home energy storage systems, generally paired with solar, have been on a significant upward trend since around the start of COVID-19 lockdowns.

Last week, PG&E also announced the commissioning of a standalone power system using solar and batteries, that replaces overhead distribution power lines in an area of the state deemed to be a High Fire-Threat District (HFTD). Many of PG&E’s five million customers are in regions fed by power lines that go through HFTDs.

While it’s a relatively small system, pairing 36.5kW DC of solar PV with 27.2kW / 68.4kWh of lithium iron phosphate (LFP) battery storage and 35kW of propane generator backup, it’s set to be the first of many such remote grid projects by PG&E and its partners, with the installation of around 20 such sites targeted by the end of next year.

Installed through the utility’s 2021 Wildfire Mitigation Plan, the containerised microgrid system was designed and installed under contract to PG&E by BoxPower, a company which specialises in providing sustainable energy solutions to rural customers. The company said the solution it has delivered, based around its BoxPower SolarContainer technology, can be replicated, scaled up and deployed elsewhere.

BoxPower prefabricated the system at its nearby facilities before taking it to the site in Briceburg, Mariposa County, near the Sierra Nevada foothills. The system underwent extensive testing and inspection before installation, with the assistance of PG&E and standards and certification group UL. This included testing for remote shutdown and black start procedures as well as safety and performance. BoxPower and PG&E will be able to monitor the system remotely.

Some customers in the area lost their power supply in 2019 when fires destroyed the line serving their community and PG&E has since had to provide them with temporary generation — the new hybrid system is considered a permanent new solution.

In April, PG&E also began its Community Microgrid Enablement Program (CMEP), which offers assistance and funds to communities at risk of losing their electricity supply due to service disruptions. Communities can apply for support in developing their own microgrids, that can be islanded and operated independently of PG&E's main grid.

The launch of that programme followed on in turn from the state’s regulatory body, the California Public Utilities Commission (CPUC), adopting new rules, rates and tariffs specific to microgrids in January this year. CPUC said that not enough had yet been done to facilitate microgrid development in the services areas of PG&E and the state’s other two main investor-owned utilities, Southern California Edison (SCE) and San Diego Gas & Electric (SDG&E).

In June 2020, CPUC had approved a PG&E proposal to roll out 450MW of temporary mobile generation including solar and batteries to its customers, consisting of four different types of microgrid.