What do we know about battery storage risk?

Battery energy storage systems (BESS) are increasingly a key component of modernised electricity networks, helping to maintain grid stability while enabling the adoption of renewable energy and phasing out of fossil fuels. With any new technology asset class comes an associated degree of risk that needs to be recognised, mitigated and managed, write Liam McEneaney and Daniel Stevens at AXIS Insurance.

When the then-largest battery energy storage system (BESS) project in the world was completed in 100 days by Tesla in 2017, the narrow timeframe prompted some skepticism within the renewable energy industry over the effectiveness of the technology.

However, in the subsequent years, there has been a significant increase in the number of utility-scale BESS projects being constructed and the capacity of those projects. With this fast innovation comes new and complex risk, and in a nascent industry like BESS, the data points that insurers generally rely on to quantify and transfer risk often do not exist.

With so much variety in the design approaches and the original equipment manufacturers (OEMs) that are used, limited industry-wide claims data and, therefore, limited ability to model risk for BESS projects, there are fresh issues and questions for renewable energy insurers to navigate as they keep pace with the challenges and opportunities facing their clients in the industry.

One of the key issues arising in the rapid development of BESS has been a spate of fires in lithium-ion (Li-Ion) battery projects. While these incidents have demonstrated what can go wrong when there are potential flaws in design or maintenance, it is also the case that it has often proved difficult to ascertain the root cause and where the fault lies, with operators often blaming battery manufacturers and vice versa.

The findings from investigations are often not made public, thus limiting the abilities of third parties including the insurance industry to learn and deepen their understanding of the risks involved.

These events have shown the importance of knowledge and data sharing at this early stage of battery development and that the focus for all stakeholders must be the long-term management of not only those risks that are currently known, but also potential risks in the future.

For the present, the first step will be the creation and adoption of a single set of best practice standards that designers, constructors and operators can follow.

As an example, AXIS supports the industry-wide adoption of the national and international fire standards which relate to BESS technology (e.g. NFPA855, IFC 2018/20) and we expect any new project that uses battery technology to have passed a large-scale fire test completed to the UL9540A standard at a unit level.

This combination of international design standards and testing certification demonstrates risk awareness, analysis and mitigation that enables insurers to understand potential risks more clearly and to be more comfortable that the design adequately addresses them.

Nevertheless, these standards are relatively new compared to the standards in, for example, traditional power stations. As the BESS standards continue to mature and advance, where possible, we expect developers to ensure that living up to these standards becomes a priority.

In many cases, the most effective way of limiting the cost associated with Li-Ion fire is to build adequate safety margin into the physical distance between containers. That way, even if all safety and suppression systems fail, the first responders stand a better chance of keeping neighbouring containers cool enough to avoid their cells entering thermal runaway – an event which is nearly impossible to halt once it has started.

During the construction and operation of a project, there are other risks where simpler mitigation solutions are possible. For example, care must be taken in transporting battery cells to the construction site, otherwise it is possible for projects to start their lives with damaged or degraded equipment, which will eventually need to be replaced.

Equipment should be tested when it reaches the site to confirm all components perform as advertised. Once a project is up and running, operators must cycle the cells in the manner prescribed by the manufacturer, as failure to do so can cause quality and maintenance issues in the long term.

In addition, the renewable energy sector is also facing the very current concerns of inflation and supply chain disruption. It is always important for projects to have spares on site or access to spares, but it is even more crucial in the current inflationary environment.

Companies with inadequate access to spares may face extended waits for replacements and the costs of those replacements may far exceed the original values. This is turn may cause a rise in the cost of insurance premiums, directly impacting the client again.

Looking to the future, insurers have seen a rise in what is known as secondary or ‘soft’ perils, namely hail, wildfire and flooding. Unlike primary perils, such as earthquakes and cyclones, secondary perils are not limited to specific geographical locations and therefore more likely to occur.

According to the Swiss Re Institute1 secondary perils accounted for more than 50% of all insured losses from natural catastrophes in 2021. If this trend continues, developers must plan for secondary perils over the lifetime of a BESS project and not just during the construction phase.

Having effective emergency response plans in place that dictate the necessary behavior in each of these circumstances will be key to maintaining asset integrity.

As wind and solar power continue to grow, the BESS industry’s potential to expand alongside it is immense, however it will only reach this potential by understanding and managing risk well and by learning from the lessons of the past.

With the industry still in its early stages, developers and operators can strengthen their positions by focusing on best-in-class risk mitigation and incorporating learning from projects that have suffered damage. Currently there is a lack of long-term failure data, but this can be overcome by greater collaboration between all potential stakeholders in a project.

BESS systems are and should be treated as a specific technology, with unique issues and risks, rather than being an adjunct to wind and solar projects. By sharing the experiences of all parties, we can protect and support the industry in looking to the future and reaching its potential.

Liam McEneaney is a renewable energy underwriter and Daniel Stevens is head of renewable energy engineering at AXIS Insurance, an international specialty insurer and reinsurer with a global platform across diverse lines of business and products. 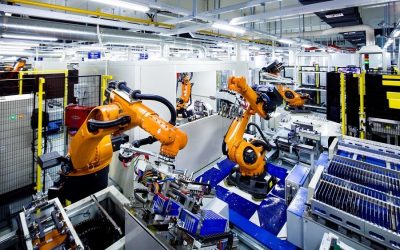 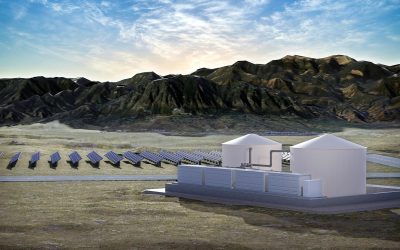 November 9, 2022
Construction has begun on a megawatt-scale flow battery project at the US Army’s Fort Carson in Colorado. 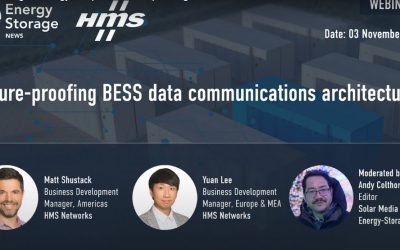