‘VPPs that can scale anywhere’: sonnen CEO Blake Richetta at RE+ 2022

Energy-Storage.news speaks with sonnen Inc CEO Blake Richetta, as our series of exclusive energy storage industry leader interviews from RE+ 2022 draws to a close.

At the US’ biggest solar PV and energy storage trade show held in California in late September, as you will have read from our previous articles, the mood was buoyant.

For battery storage companies, that was partly because the Inflation Reduction Act (IRA) is set to introduce incentives for deployment and manufacturing in the US. But it was also because the industry is already growing strongly.

BloombergNEF recently predicted that the Inflation Reduction Act will help drive a strong uptick in global installations during the 2020s, which the analysis firm has dubbed “the energy storage decade”.

While it predicted 411GW/1,194GWh cumulative deployments by 2030 worldwide in its most recent, post-IRA analysis, BloombergNEF (BNEF) had already forecast more than a terawatt-hour of deployments, even without the IRA or the European Union’s REPowerEU plan adding extra demand.

And while a lot of the excitement – and indeed coverage – on this and other sites focuses on the utility-scale segment, BNEF has also forecasted that by 2030, residential and commercial and industrial (C&I) segments will account for a quarter of all deployments.

As we heard recently, for residential battery storage to have a real impact on lowering energy bills, reducing emissions and managing the electricity network, it needs to have scale.

Not only has sonnen maintained its market-leader position in Germany with more than 100,000 systems sold, but Richetta says two things have stood out since then and beyond the company’s acquisition by Shell in early 2019.

One is that sonnen was among the first to adopt lithium iron phosphate (LFP) chemistry cells for stationary energy storage, over nickel manganese cobalt (NMC) and other sub-chemistries. The other is that from the beginning, sonnen “always focused on the networking of behind-the-meter batteries,” Richetta says.

Being able to “swarm control” customer batteries into a single dispatchable grid asset to perform grid services is what will “truly realise that dream in the energy industry of replacing power plant capacity and infrastructure for the grid of the future,” the CEO tells us.

So how has sonnen approached this networking of behind-the-meter batteries into dispatchable grid resources? We’ve written about a few of the company’s virtual power plant (VPP) and energy sharing projects before, in Germany and the US, but how are the business models for smart energy storage applications evolving?

We have achieved what I think is very special: three distinct models that are addressing the three energy system models that exist, generally speaking, in the United States.

We have a model in the vertically integrated investor-owned utility, highly regulated markets, which has been extremely well proven, that’s truly a blueprint for that model, which is in Utah.

And then we are preparing to launch a new business model in the fully deregulated retail energy provider based ERCOT market in Texas.

We believe we now have a model with those three models that can be basically replicated anywhere in the country.

In so many ways, we could replicate the California model in New York, New England ISO, we can replicate the Utah model and already are, in other vertically integrated states like Michigan and places like Arkansas, and Florida.

Then the fully deregulated market model is relatively unique in the United States, but there are some parallels there, and who knows what happens in the future, but it’s very similar in a lot of ways to our model in Germany.

The Utah project with Rocky Mountain Power was what really kicked things off in the US for sonnen’s VPP offerings. We visited the project in 2019, when this show was held nearby in Salt Lake City. It featured 12.6MWh of batteries at Soleil Lofts, a new community of apartments, with rooftop and carport solar PV arrays. How did that initial deployment lead to scaling up and a business model sonnen believes can be replicated?

Soleil Lofts was a first of its kind, all-electric community that is steered and managed by the utility, with our virtual power plant software that was implemented in Rocky Mountain Power’s grid control system.

That was the birth of what is called the distributed battery grid management system in Utah and Soleil Lofts was just the beginning. Because Rocky Mountain Power in so many ways, saw this clean energy, all-electric, cool community as not worthwhile if it’s just going to be for one community, because there was a lot of work and a lot of implementation [work] done with our software in their system. That expanded to: “we should provide an entire statewide incentive for batteries”.

That programme, Wattsmart, is a statewide, market-based incentive. The value of this incentive is based on what the utility believes the value stack and energy storage system is, for them. This has nothing to do with government incentives at all and it’s not a pilot, it’s not a limited group of batteries.

Anyone in Utah and now Idaho in the service territory of Rocky Mountain Power, can buy a battery and get paid loads of money by the utility directly for them to steer and dispatch that battery behind-the-meter, residential energy storage system as network and of course, in specific geographic areas, you have these swarms or clusters of batteries that are being dispatched as a single grid asset. We’re over 2,000 batteries in Utah and adding 5,000 more this year, and it’s not just sonnen batteries we’re controlling.

At RE+ this year sonnen launched sonnenConnect in California’s CAISO market with solar provider Baker Electric Home Energy. It allows customer-sited storage to play into the wholesale market, targeting 1.5MWh of enrolments this year and 75MWh of cumulative installs by 2025 at around 5,000 properties. Sonnen has claimed it could be the successor to net metering, but how does it work?

Utah has been a wonderful incubator, but we needed to go to California and do something in the CAISO market that would be scalable. I believe California is a great place for renewable energy incubation and scaling.

Now there’s a programme where you can buy a sonnen storage system and we will proactively manage your bill for bill reduction by responding to the price signals embedded in the time-of-use rate, in a really precise manner. And now because of the Inflation Reduction Act (IRA), we will also grid charge if we need to.

And then finally, we will dispatch your battery into the CAISO market for a variety of grid services and you will get a cheque every month.

We will scale this model across California, and we believe this is effectively the net energy metering (NEM) proof business model, the beyond backup power and beyond net metering model for California.

We visited the Soleil Lofts project back in 2019 as the project launched. At that time, Rocky Mountain Power said they would use the battery backed VPP for grid services but hadn’t yet established exactly how and for which grid services. It sounds like they now have a firm idea of what the capabilities of distributed battery storage are, for their grid?

One of the things we’re finding with hindsight is there’s enormous value that Rocky Mountain Power is starting to get from this, because the utility owns the grid, from top to bottom.

The number one thing that they started doing is solar time shifting on the daily cycle, and monitoring that and making sure that Soleil Lofts load shed during those specific times of peak demand in the utility service area. They dynamically look at consumption in the grid, and when it would be most valuable to time shift that solar and offset peak periods.

Of course, the use case there that they’re looking at first is decongestion and even looking at the non-wires alternative use case. Because of these intelligent batteries, they won’t have to build new infrastructure to deal with peak events and peak periods.

Next it was, “what if we export electricity to the grid as well”? We’d be allowing the area adjacent to Soleil Lofts to not require as much energy coming into the substation in the first place because Soleil Lofts is helping its neighbours.

Let’s inject and decongest upstream and make the substation itself have less congestion. And then, if we inject into the grid are we also allowing the peaking power plant 200 miles away, to not have to produce as much? Yes. Of course, you would need a lot more batteries to actually decommission a power plant, but this gave Rocky Mountain Power the idea that they could do that.

Then the final piece is frequency response.

The Wattsmart programme is not doing quite as much, it’s not injecting energy really for energy or capacity, Wattsmart is simply ensuring that peak periods are offset and doing some decongestion and utilising that solar better.

Stopping rooftop solar from being a nuisance, that’s a big priority. There is also some frequency response done by Wattsmart, which they’re basically paying customers very handsomely for, US$600 per kilowatt of the energy storage system’s inverter.

You said earlier that the sonnenConnect model in CAISO can be a “beyond net metering” business model and a successor to net metering. The future of NEM has been pretty controversial recently, and there’s been a lot of industry pushback on the NEM 3.0 proposals. Why do you see a programme like sonnenConnect as the answer?

When we look at the European Union, at Germany, Belgium, Italy, Spain now, so many countries, and look at why the residential energy storage market is so robust, why there is such an incredible growth over the years.

Well, it’s because of that evolution away from the feed-in tariff (FiT) and in some countries, what they call net metering, to needing to self-consume your solar, or the solar needs to be harnessed and needs to be dispatchable and utilised in the grid, right.

This variable form of energy generation that’s intermittent and erratic, it’s not a firm dispatchable grid asset. From a grid architecture and grid operation perspective, utility-scale solar and wind can also create problems, but it is different than behind-the-meter, which is really at the end of the distribution system. It’s very small wires and you’re pushing energy back up the grid through capillaries, if you will, and it can really be difficult for grid operators to manage.

We believe there is a world that must be beyond net metering. We’ve already seen this in the European Union, where effectively in Germany used to be the largest FiT incentives in the world for solar. And now it’s nothing, and this is the same with all these other Western countries, Australia, Italy, Belgium, in Spain.

Read our series of feature interviews with energy storage industry leaders from this year’s RE+ event, along with all our other great interviews, here. 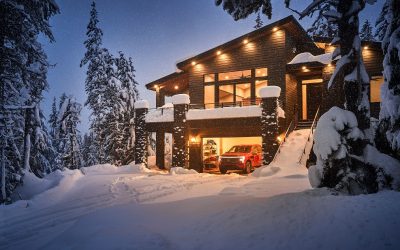