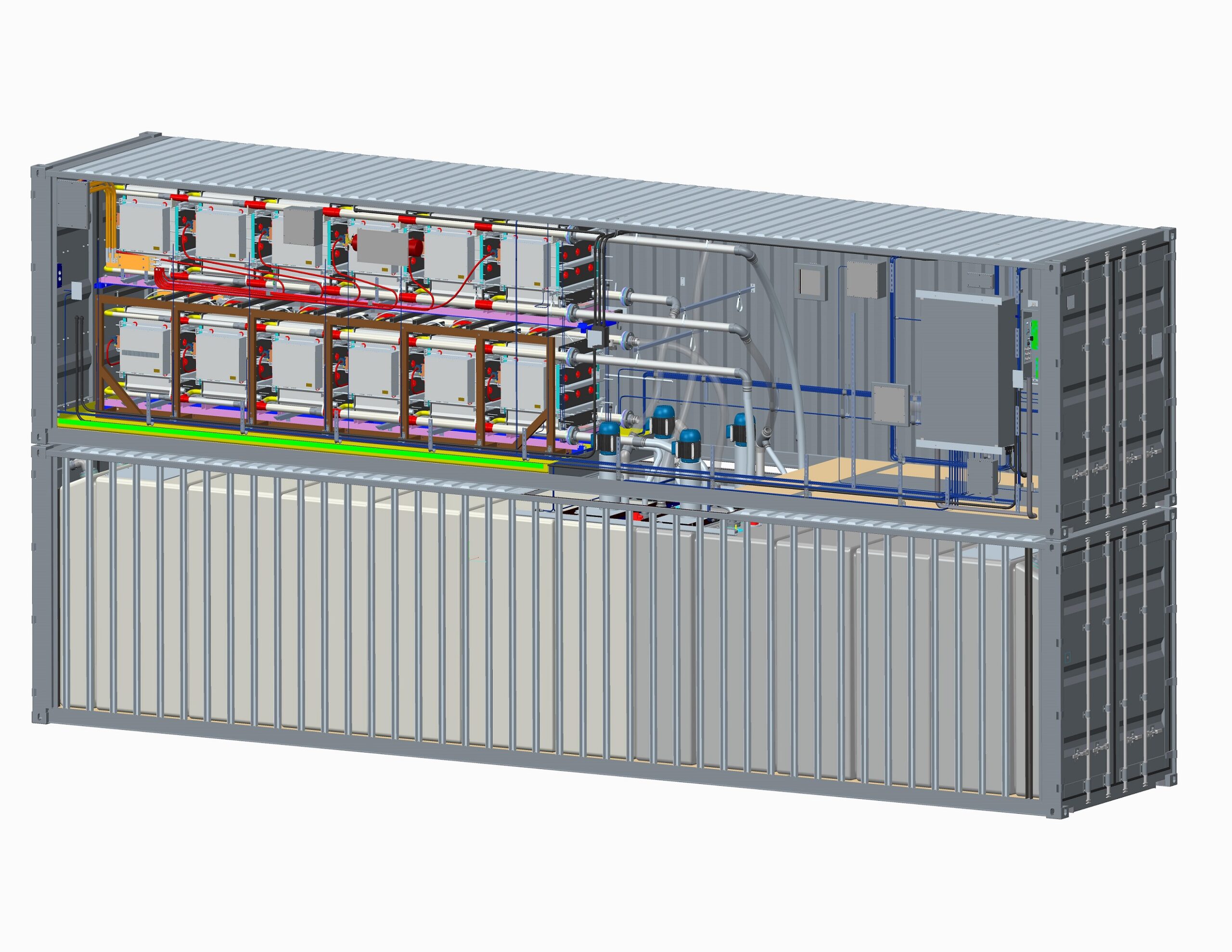 Utility-scale zinc-iron flow battery maker VIZn Energy claims it can deliver energy storage to pair with solar or wind at a “record low price” of just US$0.04 per kilowatt-hour.

Making an announcement to coincide with Intersolar North America, taking place this week, VIZn said that energy storage could now be added to grid-scale wind or solar PV installations at a lower price than new coal-fired generation in the US, which Bloomberg New Energy Finance has benchmarked at around US$0.06 per kWh.

In addition to the low cost integration of renewables, utility-scale energy storage developers may also be able to benefit from adding various other revenue streams for their projects, such as ancillary services for grid operators, thus creating a revenue stack which could further enhance the economics of their installation.

A VIZn Energy spokesman today told Energy-Storage.News that the cost given refers to new installations “where both the solar and [energy] storage qualify for the ITC (Investment Tax Credit subsidy)”. As the ITC only applies to energy storage when installed simultaneously alongside a PV power plant, the price could not refer to retrofit installations.

Installing a 30MW, 4-hour duration VIZn zinc-iron battery storage system to a new 100MW solar PV plant could, through a US$0.04 power purchase agreement (PPA), result in a 7% internal rate of return (IRR), VIZn claimed. Energy-Storage.News was told by the company’s spokesman that this IRR included total turnkey costs and ongoing operational costs.

VIZn declined to go into detail on different IRRs for different sizes of solar farm, but the spokesman was adamant that its batteries’ long expected lifespan of 20 years and ability to perform both power and energy applications allowed the company to offer “the lowest possible PPA prices”.

In a press release, VIZn talked up what it saw as competitive advantages over lithium-ion: li-ion batteries tend to be designed to last seven to 10 years in the field, generally able to cope only with one charge-discharge cycle per day, whether that be for energy applications, such as solar load-shifting, or power applications, such as frequency regulation for the grid. Similarly to flow devices from other makers, zinc-iron batteries from VIZn, on the other hand, can withstand two full duty cycles per day without degradation.

The “record” low cost unveiled this week is only achievable because of the energy storage asset’s 20-year lifespan, versatility and rugged durability, the VIZn spokesman said today.

“Having a battery with a 20 year lifespan that matches the solar or wind assets greatly enhances the ability of a project to deliver financial returns with such a low PPA rate,” the spokesman said.

“A lithium-ion system would have to have wholesale battery replacement once or even twice in that same time period.”

In a guest blog for Energy-Storage.News earlier this year, titled “Why lithium-ion is NOT the new silicon”, VIZn CEO Ron Van Dell argued the speed of cost reduction and other perceived advantages of lithium-ion may have been overestimated by some.

Another producer of a patented energy storage technology, EOS Energy Storage, which makes zinc hybrid cathode batteries at grid-scale, said in February this year that it could deliver dispatchable solar-plus-storage for US$0.10 per kWh.