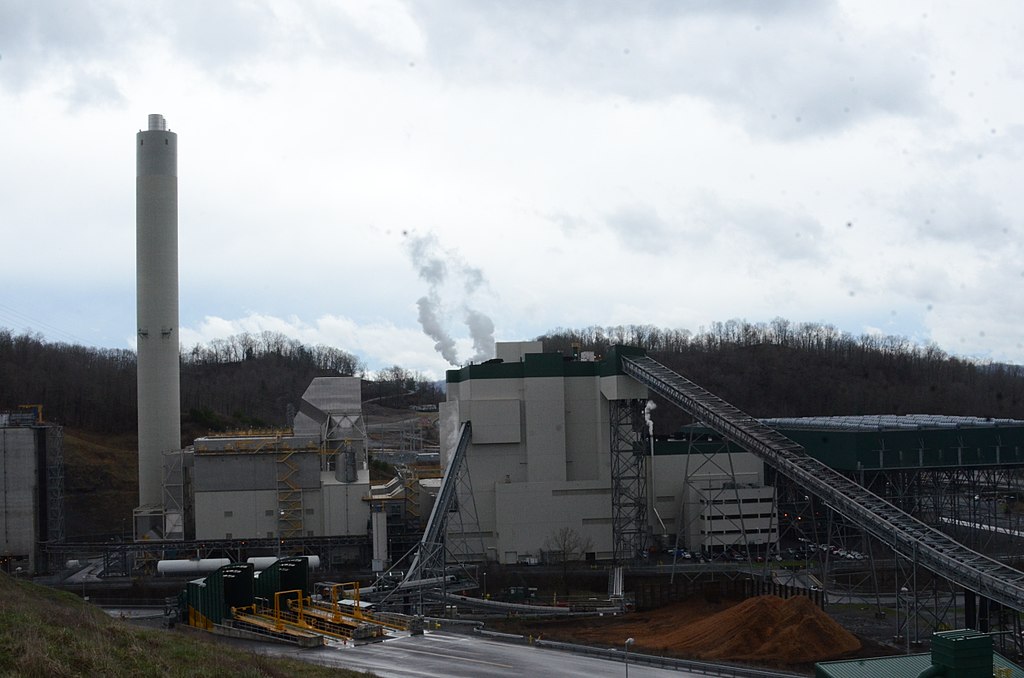 Part of the exterior of utility Dominion Energy’s “predominantly” coal-fired Virginia Hybrid Energy Center, due to close by 2030 once the bill is rubberstamped by Governor Ralph Northam. Image: Wikimedia user Hansellts.

Virginia lawmakers have passed a bill to support the US Commonwealth’s electric grid going 100% “clean” by 2050, which includes an energy storage deployment target of 3.1GW by 2035.

With those – perhaps irrelevant – comparisons to New York aside, the Virginia Clean Economy Act was passed on Tuesday 11 February, after what local news outlet The Virginia Mercury described as “dramatic” debate in the House of Representatives and “fiery” debate in the Senate.

While it has not yet become law, requiring another hearing in the bicameral state legislature, Governor of Virginia Ralph Northam is reportedly keen to sign it in whichever form lawmakers can agree, with Northam himself having set out an Executive Order to attain the 100% clean energy goal.

Democrat and Republican politicians have followed up what Mercury environment and energy correspondent Sarah Vogelsong pointed out had been weeks of negotiation over the 75-page plan. It was almost scuppered at the last by a number of House Democrats who felt emission reduction targets were not aggressive enough, Vogelsong wrote.

Under the Act, all of the six existing coal power plants in Virginia operated by utility Dominion will need to shut by 2030. While all utility-owned gas power plants in the Commonwealth are scheduled for closure by 2045 already, local environment group Chesapeake Climate Action Network said the bill could accelerate this process.

The group noted however that even Dominion and another big utility player in the Commonwealth, Appalachian Power Company, have accepted the bill; a move perhaps likely to surprise in a US area with a long history of coal mining and economic dependency. There are provisions in the bill for considering communities that will potentially be disadvantaged by coal industry closures.

While according to the Virginia Mercury report, some bill rises will be inevitable, Virginia Senate Majority Leader Richard Sasalaw said that this would amount to around US$22 on most households’ bills by 2030, or 2% a year in increases. He said that he “felt bad for the people in Southwest Virginia, but contrary to what the president tries to tell these people, coal is not coming back,” Mercury reporter Vogelsong wrote.

The law's chief patron in the Senate, Jennifer McLellan, also pointed out that the cost of inaction could be much higher. There is also a strong emphasis on energy efficiency, including an investment of around half a billion US dollars to help cap price rises on electricity bills, particularly for lower-income households, the group said on its website.

The Virginia Clean Economy Act would also support rooftop solar and offshore wind, potentially creating 13,000 jobs, while some studies have put the net benefit of the bill at almost US$70 billion.

While she also pointed out that energy storage will be essential for continuing the expansion of clean energy technologies and building in a resilient electric system, the ESA CEO also highlighted that with the 3,100MW energy storage target, “this legislation sends the necessary long-term policy signal for storage companies to invest in the Commonwealth”.

In a Guest Blog last week for Energy-Storage.News, Speakes-Backman wrote that while Federal policy may move slowly in this Presidential Election year, at state level, moves to embrace energy storage has been widespread in the US.

Meanwhile, the Governor of West Virginia, Jim Justice, said in his State of the State Address at the beginning of this year that he would try to “save” and even create jobs in the coal industry while admitting that it was “dog fight tough” to create “even one job“.