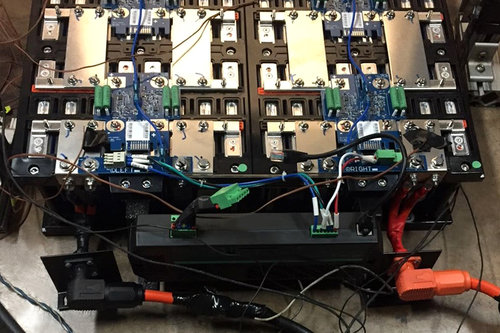 Four energy storage projects that have been proposed as an alternative to expensive transmission and distribution (T&D) network upgrades, totalling 38.5MWh of capacity have been awarded to developer EsVolta by California utility Southern California Edison (SCE).

Subject to approval by the California Public Utilities Commission (CPUC), the four projects are in the counties of Riverside and Ventura and comprise of the 3MW / 12MWh Wildcat Energy Storage Project near Palm Springs and three projects dubbed Acorn Energy Storage, which together make up 6.5MW / 26.5MWh of energy storage capacity. If approved, the projects would be scheduled for completion by March 2020.

In 2017, SCE had issued a Request for Offers, the Integrated Distributed Energy Resources RFO. Seeking to deploy capacity resources at strategic locations along the utility’s distribution network, SCE hopes to avoid needing to keep upgrading the distribution system to accommodate load growth, while enhancing network reliability.

EsVolta claims to have over 450MWh of energy storage projects either already in operation or under development and seeking utility off-takers, plus a further pipeline of “approximately 2,000 MWh of additional development stage projects”. This includes the 75MW / 300MWh Hummingbird Energy Storage project for another California utility, Pacific Gas & Electric (PG&E), which is one of those currently under development.

“The new generation of less expensive and more intelligent distributed energy resources (DER) and energy storage technologies located on both the T&D grid and customers’ properties has opened the door to a compelling array of new options for how to best utilise existing infrastructure.

“These technologies will disrupt the conventional T&D industry by maximising the value and efficiency of existing grid assets while empowering customers to participate in the management of the grid,” Eller wrote.