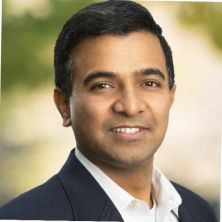 Two trade associations in the US have made significant changes with the aim of advocating for policies supporting the energy storage industry at federal and state-level.

Called the Storage Advocacy Network, the venture will act as a separate branch of the SEIA and focus on advocating for federal and state-level policies that support the energy storage sector’s development, as well as sector-specific research and events.

SEIA president Abigail Ross Hopper said in a statement that solar and storage are “inextricably linked” technologies that, if combined, can further accelerate the US’ net-zero targets.

“We’ll need world-class federal and state advocacy to help us get there,” she said. “There is a massive gap between our energy storage goals and where we are now, and business as usual is not a recipe for success.”

The move was welcomed by some of SEIA’s existing members, who said a dedicated advocacy branch would give the sector “effective national solar and energy storage industry representation” and move both technologies “into the mainstream”.

The Americas region is set to overtake Asia Pacific in energy storage capacity over the next four years, according to analysis from Wood Mackenzie, and could even account for half of global capacity by 2030. More than 1.4GW of battery storage capacity came online last year, the research group said last month.

Tom Buttgenbach, chief executive and founder of 8minute Solar Energy, said that solar with integrated storage is “the obvious solution” to the current challenges emerging in the clean energy transition, such as adapting the grid to intermittent renewable energy, and ensuring that batteries contribute to cutting carbon emissions.

“We applaud SEIA for its leadership and persistence in expanding our focus to unlock the full potential of solar.”

Meanwhile, the Energy Storage Association (ESA), the largest trade group for storage in the US, has appointed its new board of directors and officers for this year. Among the appointments and re-appointments are:

Kiran Kumaraswamy, vice president of market applications at utility-scale systems integrator Fluence, will act as the ESA's chair for the 2021-2022 period, while Jacquin DeRosa, vice president of battery energy storage at developer Ameresco, has been named the trade association's vice chair. Head of policy at San Francisco-based Plus Power, Polly Shaw, will serve as secretary, while utility-scale developer Key Capture Energy's co-founder and CEO, Jeff Bishop will take on the role of treasurer.

Kumaraswamy said the industry will see “exponential growth in the coming decade”, and that the new board will work to advocate for policies that “support the entire energy storage industry and our country’s long-term economic and environmental success.”