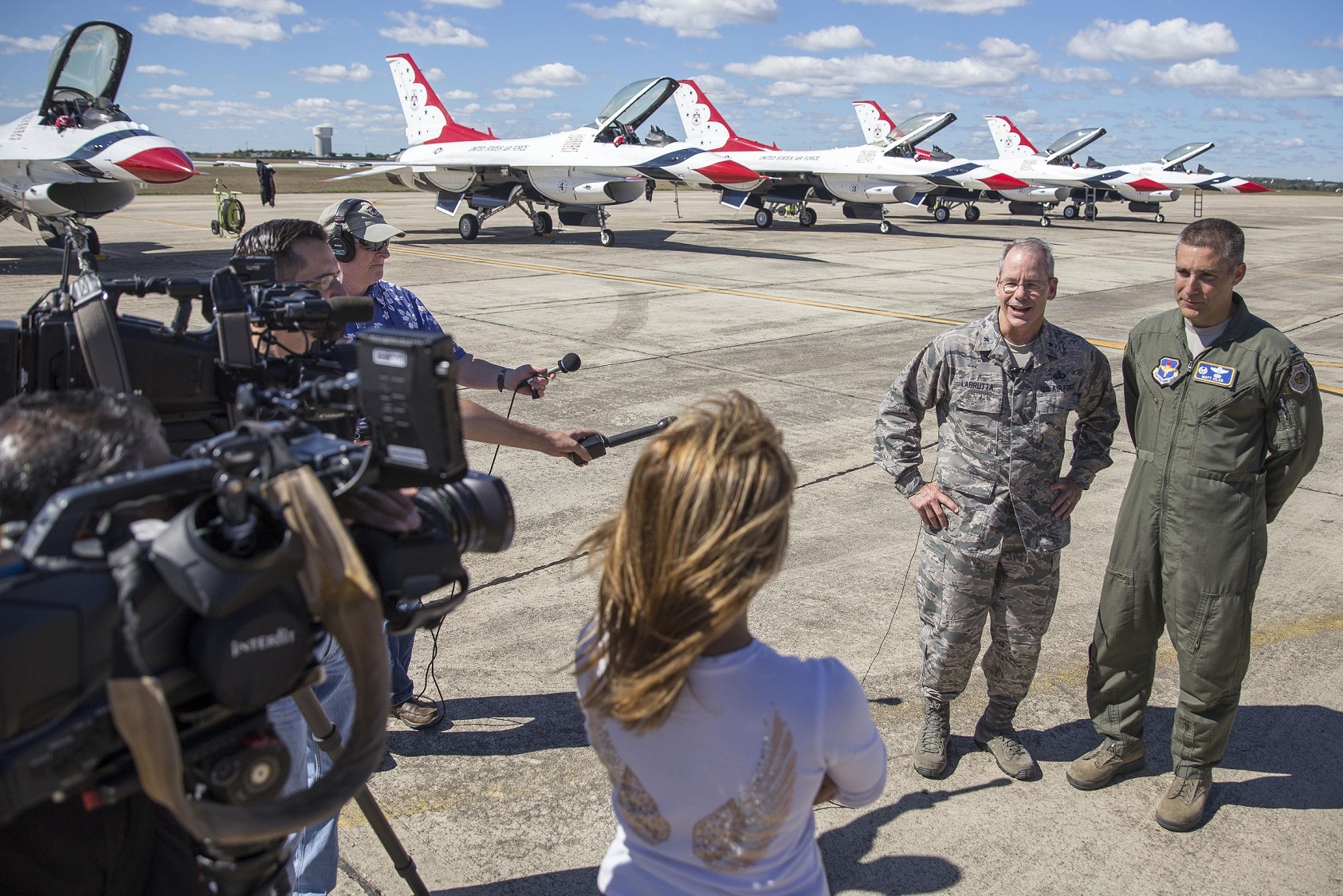 Servicemen and planes at an air show at Joint Base San Antonio in 2015. Image: JBSA / Joshua Rodriguez

‘Energy resilient infrastructure upgrades’ planned for a US military facility will involve the deployment of 20MW of solar PV, 4MW / 8MWh of battery storage and 4MW of gas-fired backup generation in a project worth US$133.5 million.

As has been seen in several such projects recently, the US government’s Energy Savings Performance Contract (ESPC) provided upfront capital for the installation, for which the contract for delivery has been awarded to energy efficiency specialist company Ameresco.

The ESPC lends money to Federal agencies for energy efficiency projects that guarantee savings on energy costs, which are then used to pay back the loaned amount over time. Energy-Storage.news has reported on a few recent projects funded in this way, including the February announcement of a US$40 million solar-plus-storage microgrid project at US Army Garrison Kwajalein in the Pacific’s Marshall Islands, followed by the August announcement of a 4.25MW / 8.5MWh battery energy storage system (BESS) to be supplied by Lockheed Martin at US Army Fort Carson in Colorado.

For the latest project, the Defense Logistics Agency Energy has awarded Ameresco the contract to make energy efficiency and reliability upgrades on 900 buildings across five military installations at Texas’ Joint Base San Antonio, which is under the jurisdiction of the US Air Force. In addition, it will build a microgrid based on the distributed energy resources (DERs) and gas outlined above.

Ameresco said that as well as ESPC loans, the project will also leverage the US Defense Department’s Facilities Sustainment Restoration and Modernisation (FSRM) funds to the tune of US$2.7 million. The solar, batteries and gas will help offset the cost of purchasing electricity from the grid, as well as providing energy resiliency and security for so-called “critical energy loads for mission assurance”, Ameresco said.

“This project will provide critical infrastructure improvements to JBSA through energy conservation and will enhance the energy security of the installation through redundant, reliable backup generation asset,” Ameresco executive VP and general manager Nicole A Bulgarino said.

The microgrid and efficiency measures will consist of:

The microgrid will be capable of being islanded, to operate entirely independently of the grid. Ameresco said the ESPC guarantees US$8.7 million in energy cost savings for Joint Base San Antonio each year, meaning that the US$133.5 million cost should be recouped in savings in just over 15 years. Ameresco will also provide ongoing operations and maintenance (O&M) to the installation, with construction expected to begin during this year and be completed by summer 2021. Ongoing operations at the base are not expected to be disrupted by construction.

So-called ‘mission-critical’ and must-run functions of military operations pose unique challenges for developers of microgrids and suppliers of solar and storage solutions. In a guest blog for this site in February, Lisa Laughner and Tony Soverns of microgrid specialist Go Electric wrote about many of the parameters required to meet US Military criteria and where batteries, in particular, can help.