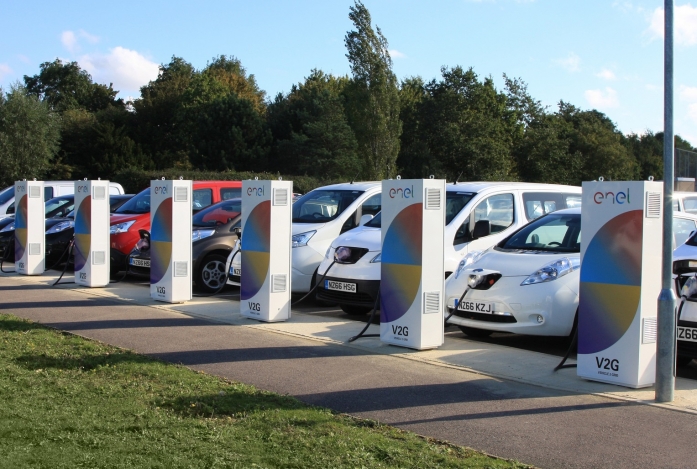 Britain's government has thrown its weight behind vehicle-to-grid (V2G) by announcing £20 million (US$25.8 million) would be available for a competition to further the development of the bi-directional electric vehicle charging technology.

The funding signals a move to include V2G in the government’s industrial strategy, which business secretary Greg Clark said in January would place ultra-low emission vehicle technology “at the heart” of government efforts.

Announced on Saturday (8 July), it will be split across feasibility studies, investigating the ways V2G can be used in the future; industrial research or experimental development, such as V2G charging equipment; and demonstrator trials in the real-world locations across the country.

Newly appointed minister of state for climate change and industry, Claire Perry said: “[V2G] technology provides another opportunity for the UK to showcase to the world our leading expertise in research and development which is at the heart of our ambitious industrial strategy.

“This competition could unlock significant economic benefits for the UK – helping to create jobs in this burgeoning sector while helping to reduce our emissions.”

There are now over 100,000 EVs on UK roads, with some estimates putting this figure at around a million by 2020.

Vehicles’ interaction with grid is ‘key area of concern’

Speaking in London at an event covering the growth of EVs Natasha Robinson, head of the office of low emission vehicles (OLEV), said last week that how these vehicles interact with the grid, particularly during times of peak demand, was “one of the key areas of concern for the government”.

Describing the “increased pressures on the electricity system” brought on by EV take-up, Robinson added: “Part of what we are looking at is making sure that we’re smoothing those areas of peak demand and how we’re incentivising that.”

V2G could prove to meet this need, allowing plug-in vehicles to not only draw power from the grid when charging but return it to homes and businesses, providing ancillary services to the grid in the same way other forms of energy storage do.

Simon Edmonds, manufacturing and materials director at Innovate UK, said: “These competitions present ground-breaking opportunities for UK businesses to develop the next stage of vehicle to grid products and services. The potential of these technologies are huge, both for businesses and consumers.”

A number of trials are already underway across the country, with Nissan testing V2G chargers at a UK R&D facility while Cenex has launched a technology demonstration trial in three major European cities.

The government’s competition process will start in the next few weeks with the aim of winners being notified in December and projects starting in early 2018.