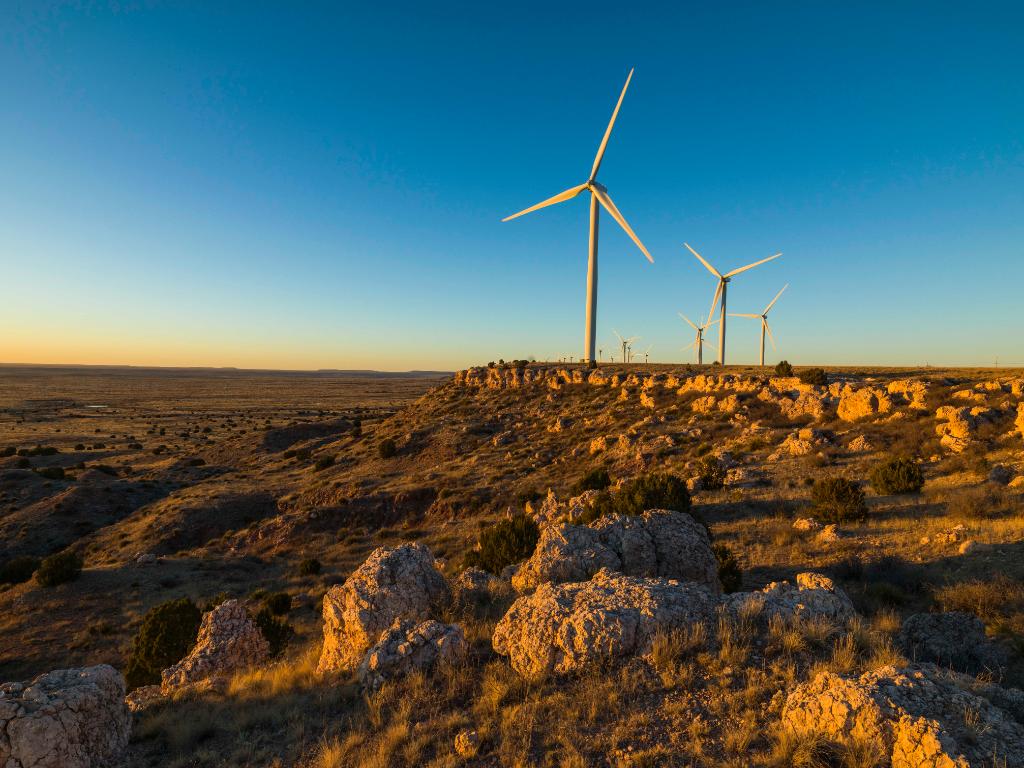 NextEra Energy Resources said in December that wind turbines had been successfully installed and became operational at Skeleton Creek, a hybrid renewable energy project the company is building in Oklahoma, US.

The project will combine the installed 250MW of wind energy capacity with 250MW of solar PV and a 200MW / 800MWh (four hour duration) battery energy storage system. The wholesale electricity generation company said via Twitter that the “wind portion… is operational” on 19 December and that the “solar and battery energy storage components of our project will begin operations as early as 2023”.

A power purchase agreement (PPA) for the project’s electricity output was signed in summer 2019 with Western Farmers Electric Cooperative (WFEC) and when completed Skeleton Creek will be the first ever wind-solar-storage hybrid resources project in the Southwest Power Pool (SPP) electric grid and wholesale market service area which spans 14 states in the central US.

Located across three counties in Oklahoma and including 90 wind turbines made by GE, the project follows on from the commissioning in March by NextEra Energy Resources of the state’s first-ever battery energy storage project, Rush Springs Storage. That project is co-located with another 250MW NextEra wind farm, but the Rush Springs battery system is much smaller than Skeleton Creek’s will be, at just 10MW / 20MWh (two hour duration).

Batteries can ‘balance traffic on the electric grid’

The Rush Springs project serves as a pilot programme for the optimisation of wind energy using batteries and the enhancement of grid reliability using battery storage – for both NextEra Energy Resources and for Southwest Power Pool officials, who plan to launch new design rules for energy storage systems in their service area in 2021. These new rules will provide additional guidance for expanding the region’s energy storage facilities, NextEra Energy Resources said.

“We are seeing how the batteries can help us balance traffic on the regional electric grid, smoothing out the variability of renewable resources such as wind. There is potential for energy storage to provide value for utilities and other generators, and we’re evaluating how best to bring those new assets onto the grid,” Senior VP of operations for SPP Bruce Rew said in November.

“With more coal plants retiring, renewable energy will play a larger role in SPP’s energy profile. Pairing renewables with battery storage has the potential to create an increasingly firm energy product that is also low-cost and clean,” Bruce Rew said.

NextEra Energy Resources began building two standalone demonstration energy storage projects in 2012 and 2014 and then only completed its first solar-plus-storage project in 2018 in Arizona, but by the following year over half of its new solar projects included a storage component, according to a paper published by the company to outline its energy storage activities.

Jim Robo, chairman and CEO of parent company NextEra Energy said in April 2020 that the company “expects to invest more than US$1 billion in [energy] storage in 2021”. NextEra Energy Resources has over 145 energy storage projects in operation, focusing primarily on battery storage as costs decline rapidly, but with an eye on evaluating other technologies.

Read the feature article 'Joined at the hip: A hybrid future for onshore renewables', which looks at what's driving the development of wind-solar-storage hybrid projects around the world, including the Skeleton Creek project, here.