Switch-on for Powerstream, a virtual power plant in Ontario, Canada, earlier this year. Image: Powerstream.
The evolution of energy markets is accelerating in the direction of a greater reliance upon distributed energy resources (DER), whether those resources generate, consume, or store electricity. One strategy to address this trend is a virtual power plant (VPP), the concept that the intelligent aggregation and optimisation of DER can provide the same essential services as a traditional 24/7 centralised power plant. As a result of the wide divergence of what constitutes a VPP, Navigant Research has come up with its own definition, which has generally been validated by market participants:

&ldquo;A VPP is a system that relies upon software and a smart grid to remotely and automatically dispatch retail DER services to a distribution or wholesale market via an aggregation and optimisation platform.&rdquo;

VPPs can help transform formerly passive consumers into active prosumers through the integration and optimisation of new technologies. Recently, the focus has been on the pairing of solar PV systems with advanced batteries at the household or commercial building level. Through sophisticated software algorithms, it is possible to create DER fleets (i.e. VPPs) capable of providing bidirectional value to both sides of the utility meter.

The primary goal of a VPP is to achieve the greatest possible profit for asset owners while maintaining the proper balance of the electricity grid&mdash;at the lowest possible economic and environmental cost. From the outside, the VPP looks like a single power production facility that publishes one schedule of operation and can be optimised from a single remote site. From the inside, the VPP can combine a rich diversity of independent resources into a network via the sophisticated planning, scheduling, and bidding of DER-based services.

VPPs are dependent upon utility programs, regulations and/or organised markets for revenue and hence survival. They are outward-looking aggregations that can typically only solve problems upstream if regulations allow them to do so.

The greatest challenge in this regard for regulatory treatment may be for mixed asset VPPs, a segment of the overall VPP market that incorporates not only generation, but loads as well as energy storage. These VPPs have characteristics that traditionally were treated separately, often in silos. VPPs instead look to treat these DER aggregations as systems of systems. Ideally, the mix of resources does not matter; it is the services that can be provided that should be counted and compensated for in markets or within utility programs.

It is clear that utilities play a major role in this market transformation, as this is where many VPPs are incubated. Clear, transparent interconnection rules, rational telemetry requirements, and coherent and stable subsidy schemes all contribute to a market environment conducive to VPPs.

A VPP is a system that relies upon software and a smart grid to remotely and automatically dispatch retail DER services to a distribution or wholesale market via an aggregation and optimisation platform.”

Energy storage as a VPP-enabling technology

Energy storage is not a prerequisite to the creation of a VPP. Instead, it enhances the flexibility and underlying value of other generation and load assets being assembled within the mixed asset VPP portfolio. Once storage is included in a VPP, it becomes dispatchable and schedulable, and other assets that are not schedulable become more attractive. Navigant Research has deemed VPPs that include energy storage as mixed asset VPPs, distinguishing them from load-based demand response (DR) VPPs and those VPPs limited to aggregating generation (i.e., supple-side VPPs.)

A decrease in battery and modular ice energy storage costs to the point that it is economically viable to offer small-scale energy storage to individual consumers.
Growth in the frequency regulation market in PJM territory in 2013-2015 brought enough volume to bear on battery manufacturers globally that these companies could invest in manufacturing and offer more competitive pricing.
Energy storage software and controls became sophisticated enough that it was possible to do more work with a smaller storage system and aggregate individual systems.
Utilities began accepting energy storage thanks to well-publicised demonstrations from major investor-owned utilities.
Utilities have begun to see parallels between solar PV and energy storage. These utilities realised that instead of shunning solar PV&mdash;as many utilities did when solar PV became economically viable for end users&mdash;that they could avoid missing business opportunities by embracing storage, instead.

If investment in energy storage is included in the tally, the total VPP market today is estimated as a US$731.4 million market. By 2025, including energy storage results in an estimated cumulative investment of US$68.6 billion over a decade of VPP growth. Of that total revenue pie, North America is forecast to capture 38.1%. Asia Pacific is expected to come in second in cumulative spending with 34.6% compared to Europe&rsquo;s 26.4%.

Despite the impressive value of energy storage assets being deployed within VPPs, the ultimate driver for VPP implementation is still software. Intentionally broad, this segment of the automation and intelligence market encompasses solutions across the utility value chain, including far-reaching enterprise IT down to single application, standalone distribution automation solutions. While some form of telemetry, such as smart meters, are prerequisites for a VPP, as well as individual device controls and communication infrastructure, it is software that allows for the aggregation, optimisation, and ultimately market interface that is the most vital enabling technology for VPPs. The market for VPP software is forecasted to reach US$1.8 million annually by 2025. Without such software, there can be no VPP.

Along with energy storage, it will be the growing sophistication of DR that will be another key driver behind the success of the overall VPP market. The more DR can be automated, called up in near real-time, and surgically administered at the distribution grid in order to solve problems from cascading to the wholesale market, the better this VPP platform will look to all stakeholders, including utilities. Backing up DR with energy storage can help make it a more dependable resource capable of smart renewables integration, further building the business case for mixed asset VPPs. 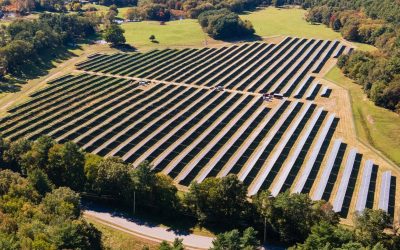