Eagle Mountain is a large-scale pumped hydro energy storage project under development in California. It would utilise infrastructure left behind at an abandoned mining site and offer more than 18GWh of emissions-free energy storage. It's a win-win project that has faced opposition for all the wrong reasons, however well-intentioned, argues Jeff Harvey, a consultant with over 35 years experience in California and senior environmental scientist for developer NextEra Energy Resources.

The phrase ‘follow the science’ is quite in vogue today as our society confronts challenges ranging from the pandemic to climate change. It’s the phrase we now use to say definitively that something is true because there is firm scientific evidence supporting it. As a scientist who has spent decades evaluating a range of environmental issues related to water, power and mining, I live by that principle.

More than 12 years ago, as I and others began investigating the science behind the largest proposed clean energy project in the Western U.S., we naively thought science would carry the day. The project is surprisingly straightforward: transform a former iron-ore mine into a green energy generator capable of storing excess solar energy generation produced during the day, and providing that stored energy on-demand. The Eagle Mountain Pumped Storage Project can store and generate 1,300 megawatts of power for up to 18 hours and is capable of being ramped up and down as needed to support the reliability of the regional electrical power grid.

Pumped storage hydroelectric power isn’t a novel concept, and has been in use around the world for decades, making it the most common energy storage method worldwide. The concept is incredibly simple. Connect two reservoirs at different elevations with a tunnel system and powerhouse. When surplus electricity is available, water is pumped from the lower reservoir to the upper reservoir to be stored until needed. When there is demand for electricity, water is released through the powerhouse to generate power and then flows back to the lower reservoir.

Eagle Mountain is a former iron mine – literally the most turned inside out piece of earth in the Mojave Desert. The site works particularly well due to the different elevations of the remnant open pits, which make them ideal for efficient high-capacity generation. Moreover, the site is located next to multiple large solar fields totaling more than 2,000 MW of generation capacity, meaning we can use the excess solar energy generated during the day to pump water up to the upper reservoir. The project makes perfect sense given the desire to move away from fossil fuels and to have a long-term, reliable source of energy when the sun doesn’t shine and the wind doesn’t blow.

The project has been through more than a decade of federal and State environmental review processes and millions of dollars of scientific study. In addition to federal environmental reviews at the Federal Energy Regulatory Commission (FERC), U.S. Fish and Wildlife Service (USFWS) and Bureau of Land Management (BLM), we went through State environmental review and obtained water quality certification with the California State Water Resources Control Board (SWRCB), though once certified, federal authorities informed us (and the State agreed) that was unnecessary. Nonetheless, we are fully permitted, even over-permitted if you will, and we are as close to “shovel ready” as any project in California.

Of particular importance in our perpetually dry State have been the multi-year scientific investigations that have found our project has a minimal impact on groundwater in the region. The source of water for the initial fill of the lower reservoir will be groundwater from the adjacent Chuckwalla Valley aquifer, which according to the California Department of Water Resources (DWR) has approximately 15 million acre-feet of water in storage. Our project requires only 8,000 acre-feet per year for the first three years, and thereafter only 1,800 acre-feet per year for annual make-up water to account for evaporative losses – in perspective, consider that it uses less water than is needed to water about 2.5 out of a total of about 124 golf courses annually in the nearby Coachella Valley. 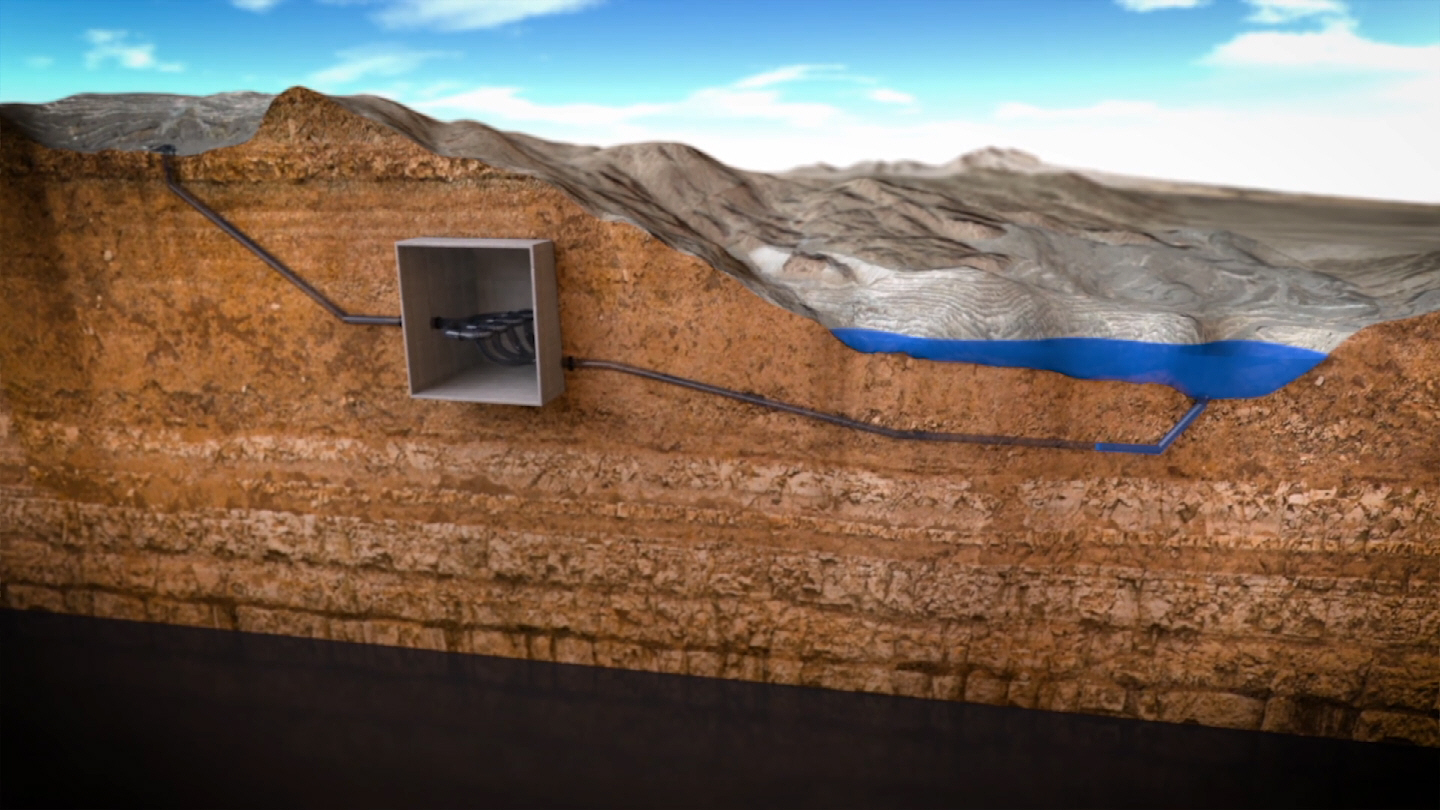 Rendering of the conversion of Eagle Mountain to a valuable pumped hydro clean energy asset, with turbines set into the mountain. Image: California Alliance on Renewable Energy via Twitter.

The science is clear – this is a smart green energy project that is not a threat to the environment – an easy win for a State desperate for more renewable energy storage. And now, with the Biden administration promising to “follow the science,” we are more hopeful than ever that we can finally build the much needed 1,300 megawatts of long duration energy storage to support renewable energy development, reduce air emissions that contribute to climate change, and maintain reliability of California’s electrical transmission grid. Let’s hope “follow the science” is actually a tenet of how we act and not just a politically convenient catchphrase.