Texas’ grid to get 200MW of battery storage from Wärtsilä 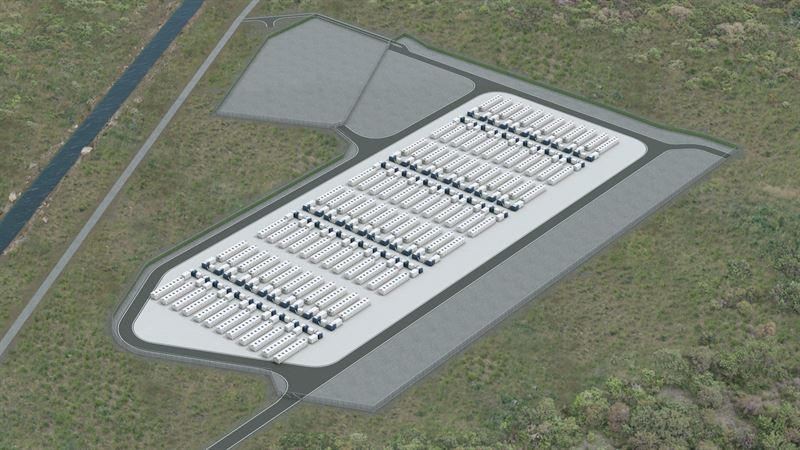 Render of a large-scale energy storage project of the type Wärtsilä will deliver for Able Grid and its customer, a power producer. Wärtsilä built Texas Waves, one of the state’s first grid-scale storage projects, completed in early 2018. Image: Wärtsilä Corporation.

Finland-headquartered marine and power systems technology manufacturer, which has become one of the biggest system integrators for energy storage in the US market, said today that it has been awarded contracts for the two projects in Southern Texas by developer Able Grid Energy Solutions.

The systems, called Ignacio and Madero, are thought to be around 100MW each, equalling the US state’s largest battery storage project under construction so far, the 100MW Chisholm Grid BESS which is also an Able Grid project. Solar inverter manufacturer Sungrow’s energy storage systems division is supplying Chisholm Grid, on which Able Grid began construction near the end of 2020. Controls and software for that one will be provided by Doosan GridTech.

Meanwhile there are also a few other standalone projects of around that size also being developed in the ERCOT service area. The ERCOT market procures grid services on a merchant basis for energy provided, to perform functions such as frequency regulation and other ancillary services. This meant that after a period of developers and independent power producers (IPPs) building smaller, pathfinder projects of around 10MW / 10MWh between 2018 and early 2020, the economics that have panned out well are leading them to develop much larger projects with similar one-hour durations of storage.

The ERCOT market design, which pays for energy only with no capacity payments leads to some unique business models, Sam Huntington, associate director of North America power at analysis and research group IHS Markit told Energy-Storage.news recently. Without long-term capacity contracts which are largely vital to securing financing in most other parts of the US, “everything is entirely merchant and therefore a lot riskier,' Huntington said.

“The flip side is that there are no duration requirements, so we’re seeing a lot of one or two-hour batteries going in, which are a lot cheaper than a four-hour battery. And the arbitrage margins on a 1-2 hour battery aren’t much worse than a four-hour battery, so despite the extra risk the economics are still pretty compelling due to lower costs and pretty high revenues,” Sam Huntington at IHS Markit said.

“Able Grid selected Wärtsilä technology, among other considerations, for its critical safety and cyber-security features. The system complies with all applicable standards, like UL9540A, to ensure sustained safe and reliable operations. In addition, the GEMS Power Plant Controller is U.S.-code based and meets all IEC62443 cybersecurity standards,” Able Grid chief operating officer Sharon Greenberg said.

Texas was hit by a severe energy crisis a month ago as a winter storm hit parts of the US and generation facilities were unable to perform and grid operators took offline a large amount of load including domestic electricity customers to prevent catastrophic failures of the grid. Wärtsilä said that its new systems will be able to provide short periods of grid support during extreme weather or unstable grid conditions that could help keep the wider electricity system running or help bring it back online after failures.