Tariffs on Chinese imports loom over US’ storage success 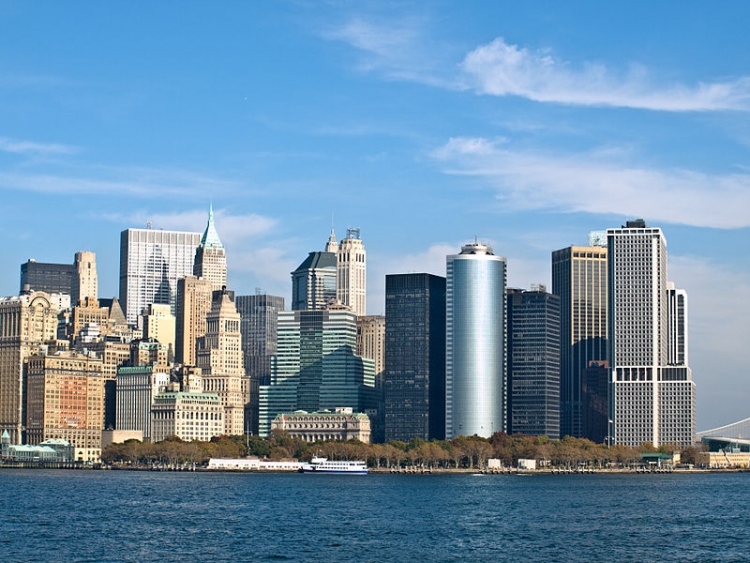 Wood Mackenzie also identified New York as ‘one to watch’ among states quickly moving forwards in terms of policy and regulation to accommodate the various roles of energy storage on the grid. Image: Flickr user William Warby.

Strong deployment figures have been posted for the US’ energy storage market in both residential and non-residential segments in the past quarter, amid warnings that an escalating trade war with China could dampen some of that enthusiasm if tariffs are applied.

Wood Mackenzie Power & Renewables, formerly known as GTM Research in these circles, found that non-residential energy storage in the US enjoyed its largest single quarter ever in Q1 2019, with residential storage registering its second-biggest. The firm issued its second quarter 2019 US energy storage monitor last week, published in association with the national Energy Storage Association.

The overall market saw 148.8MW deployed in the first three months of 2019 in the US, a 232% year-on-year growth, although just a 6% jump from the final quarter of 2018. In megawatt-hours, 271.1MWh was brought online in total, up 110% year-on-year. Another analysis and market research firm, IHS Markit, said earlier this year that it expects to see as much as 4.3GW of grid-connected storage deployed worldwide this year, leading up to a global total of 10.6GW annually by 2025, with China and the US together likely to account for more than half of all of those. Wood Mackenzie said looking forwards that the US alone could be deploying more than 4.5GW annually by 2024.

There were five times as many megawatts deployed in Q1 2019 in front-of-the-Meter (FTM) projects than in the previous year’s equivalent quarter, while New Jersey, having implemented a ‘2,000MW by 2030’ energy storage target on the path to 100% clean energy by 2050, deployed half of all FTM projects by megawatt in the quarter. FTM projects, often performing power-heavy tasks for utilities such as frequency regulation, remain shorter duration than their customer-sited, behind-the-meter counterparts.

Behind-the-meter (BTM) installations, including non-residential customers, constituted 46% of the megawatt market figure and 60% of megawatt-hours. Wood Mackenzie noted that this included “an increasing proportion of new solar projects” being deployed together with energy storage. In California, the leading state market, this includes the impact of SGIP (Self-Generation Incentive Program), which authorises cash rebates for storage equipment purchases if installed with solar.

As with each edition of the Wood Mackenzie ‘energy storage monitor’ report, the authors provide policy updates at state level both FTM and BTM. From states at the early stages of development such as Minnesota and Washington, which have started pilot programmes and cost-benefit analysis and legislature to pave the way for storage to be included in distribution resource planning respectively, to the likes of Hawaii and Vermont, where utilities HECO and Green Mountain Power are seeking to procure or deploy large-scale storage through requests for proposals and integrated resource plans, with both strategies also seen in other states including Tennessee and Oklahoma.

Meanwhile, as the Energy Storage Association’s CEO Kelly Speakes-Backman applauded the report’s findings as evidence 2019 will be a “banner year for energy storage”, analysis firm S&P Global Platts warned that any deterioration in US-China relations that results in high tariffs being imposed on Chinese imported goods could have a significant bearing on the stationary energy storage market.

“The lithium-ion battery accounts for 40% to 60% of the total installed cost of a standalone battery storage asset in the US. The impact of the tariff would vary project by project, but we estimate a 25% tariff on both lithium-ion batteries and inverter could increase the installed prices for a four-hour duration battery by about 15%,” S&P Global Platts Analytics senior analyst Felix Maire said.

While this week US President Donald Trump has been congratulating himself on the close of negotiations with Mexico, the threat of tariffs on imported Chinese goods looms. A 10 May announcement from US Trade Representative Robert Lighthizer said tariffs would be increased from 10% to 25% on numerous goods. No implementation date has been set for tariff rises and it remains unclear if they will be implemented.

Lithium-ion batteries for stationary storage systems and power conversion units for storage systems were both on the list, meaning that total system cost is likely to increase. The US currently imports about the same amount of lithium-ion batteries from China as it does from the next two biggest supplying countries, South Korea and Japan, combined. S&P Global quoted from an Energy Storage Association webinar held last week, where BloombergNEF analyst Yayoi Sekine had identified that 73% of the world’s lithium manufacturing capacity – expected to reach 316GWh this year – is located in China.