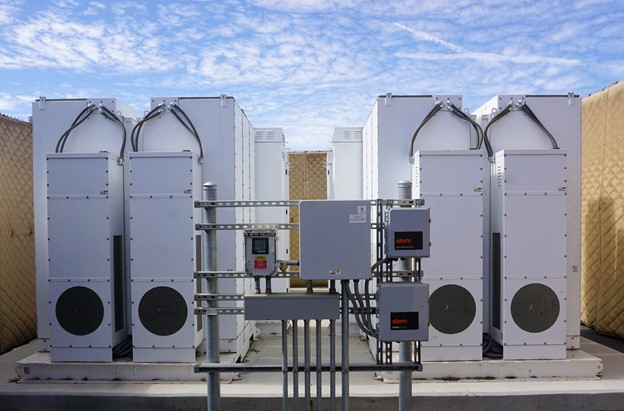 Stem Inc has revealed its financial results for 2020 ahead of listing on the New York Stock Exchange, admitting that despite expecting a fourfold increase in revenues this year, the company is unlikely to achieve profitability until at least the end of next year.

The “intelligent energy storage” pioneer is preparing merge with Star Peak Energy Transition Corporation, a stock exchange-listed special purpose acquisition company (SPAC), in a deal which values the combined company at US$1.35 billion of pro forma equity. If the merger goes ahead, it could unlock over US$600 million in gross proceeds.

The deal would make Stem the first pure play smart energy storage company in the US to go public. The company has supplied its software platform to more than 1GWh of energy storage worldwide across nearly 1,000 systems and commissioned around 600MWh of its own projects since starting deployments in 2014.

Stem Inc has focused largely on the “energy storage-as-a-service” value proposition, offering C&I customers cost reductions on their energy bills through reducing their usage of power at peak times, while enabling the growth of onsite renewable energy generation and using the systems to play into wholesale and grid services markets where available. The company enables this using its artificial intelligence (AI) analytics software platform, called Athena. It has around 40 employees on its software team and about another 40 working on R&D activities.

Deploying commercial systems in key US regional markets including California where the company is based, the software platform has also been used for virtual power plant (VPP) projects in Chile, Japan and Canada. A significant recent deal was a contract to aggregate 345MWh of commercial and industrial (C&I) energy storage systems in utility Southern California Edison's service area, announced last June. Stem has also in the last couple of years branched out into front-of-meter solar-plus-storage projects, most notably in the US hotspot of Massachusetts and wants to further extend its international reach into other expanding markets including Mexico, Australia, Colombia and Europe.

In a recent Guest Blog about the use of SPACs by private companies to go public without needing to take the lengthy process of launching an IPO, Charles Lesser, a partner at European clean energy financial advisory group Apricum said that access to capital is the “final impediment to growth” for a company like Stem Inc.

Lesser said Stem’s business model “has been de-risked” and that “equity returns are strong,” but essentially the company needs more cash to maintain its share of an increasingly competitive market as energy storage continues to hit the mainstream.

With the business combination scheduled to complete in Q2 2021, Star Peak Energy Transition Corporation filed Stem’s full-year financial results to the end of 2020 with the US Securities and Exchange Commission (SEC) as a Form S-4.

Alongside a first look inside the financial health of the company, the Form S-4 gives everything from details of Stem’s energy storage system (ESS) supplier arrangements and executive remuneration packages to the various risks it faces from markets, policy and competitors, as well as the various strengths of experience, expertise and intellectual properties that the company claims will position it well to scale up following the merger.

Stem Inc offered guidance back in January that it expects revenues in 2021 to be four times greater than in 2020. It reaffirmed this guidance this week on filing of the Form S-4. According to the historical consolidated financial information in the form, Stem reports its revenues in 2020 were US$36,307,000, which was itself nearly double revenues recorded in 2019, which stood at US$17,552,000.

Company needs to manage risks and invest to continue growth

Stem Inc said that although it has incurred significant losses and used significant cash in its business, it expects to continue expanding operations, which will require further investment in sales, marketing, R&D, infrastructure and staffing systems to support growth. It expects to continue incurring net losses on a GAAP basis through 2022, while its ability to achieve profitability depends on factors including growth in sales volume, improving the ability to procure ESS equipment from OEMs on “cost-effective terms” and increasing sales to both existing and new customers for hardware and software-enabled services.

Its success will also depend on the continued growth and adoption of renewable energy — which currently seems fairly assured given global trends but is nonetheless a risk. It will also depend, the company said, on continuing cost declines in battery storage, which again has been an ongoing trend that experts believe will continue, coupled with efficiency increases in equipment from OEMs.

Stem sources its ESS equipment to integrate with its Athena platform on an annual solicitation basis, configured by what it needs its systems to do and the requirements of the markets it plays in. It mentions current ESS supply relationships with Tesla, Sungrow, Socomec and Powin Energy. Most recently, it struck a deal for Powin’s medium to large-scale outdoor systems based on lithium iron phosphate (LFP) batteries.

Stem Inc said that variety of suppliers is necessary to meet market requirements which can be very specific based on region and applications including DC-connected solutions for solar-plus-storage. Like a growing number of software-defined energy storage and distributed energy groups, the company also hosts its cloud services on Amazon Web Services (AWS). Stem said that while it is currently reliant on AWS not being seriously affected by outages, interruptions and other disruptions, in the event that it had to seek another cloud server host for Athena, the company is confident that hosting could be transferred “on commercially reasonable terms”.

The company did sound a note of warning that its internal control over financial reporting has been found to have some “material weaknesses” to date. This, executives decided, was due to the company’s small stature as a private company with limited resources meaning that accounting of some “complex and significant transactions” suffered ineffective internal controls, a lack of formality in internal control activities and some other problems. Stem Inc said company management is in the process of developing a plan to remediate these “material weaknesses”.

Once it goes public, another risk is that the combined entity might see its financial condition and operational results as well as other key metrics “fluctuate on a quarterly basis in future periods,” and a fall in short-term performance below expectations could lead to “a severe decline” in the price of common stock.

While the company spelled out those risks, the merger and listing would unlock much of the ability to achieve and sustain that growth as it targets profitability in the years ahead. Stem Inc’s CEO John Carrington said this week that 2020 was a year of “tremendous business momentum,” in which the company exceeded its revenue target.

“The growth we achieved was driven by solid execution on both behind-the-meter and front-of-the-meter projects, strong pull-through from our partner channel network, and significant market demand for smart storage solutions,” Carrington said.

“Now more than ever, our corporate customers are seeing the importance of creating a resilient and sustainable energy strategy as we face climate-related weather events, power outages, and pandemic-related economic turbulence.”

Chief financial officer Bill Bush pointed out that revenues for 2020 were approximately 10% above the outlook provided at the time the planned business combination was announced. Bush said that the big expected upturn in revenues for 2021 is “100%” covered by Stem Inc’s contracted backlog.

As CEO Carrington appeared on CNBC's 'Mad Money' back in February, host Jim Cramer described Stem Inc as “maybe the best of the energy companies that has hit my desk in a long time”.