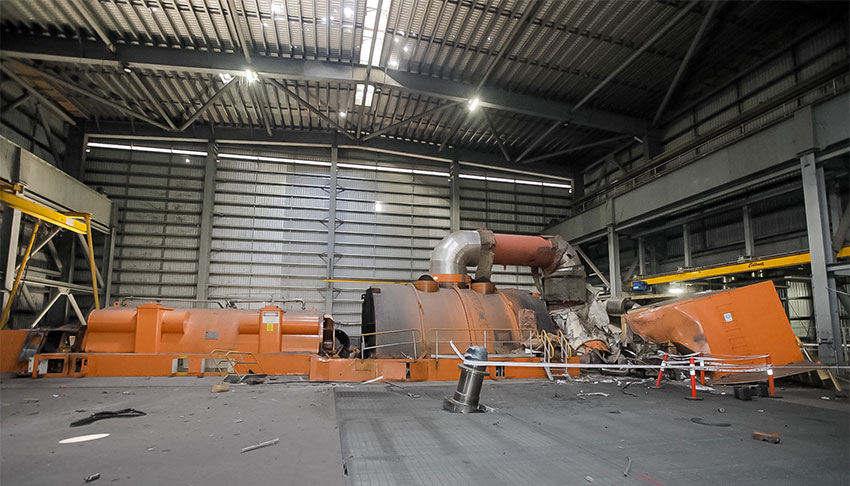 Damage at Unit 4 of CS Energy’s Callide coal power station in Queensland after an incident on 25 May. Image: Supplied by CS Energy.

A new 150MW / 300MWh battery energy storage project is being considered in Queensland, Australia, by Stanwell, an electricity generation and retail company which is owned by the state’s government.

Stanwell’s main generation assets are two large coal power plants and one natural gas facility. The company sent out 18,595GWh of electricity during the 2019/2020 financial year into Queensland and Australia’s National Electricity Market (NEM), which covers a large portion of the country. Its only renewable asset at the moment is a 4.3MW hydroelectric plant, but does procure renewable energy from a wind farm and is currently seeking further renewable resources of various types.

It now also has plans which are at an advanced stage for a standalone battery storage asset to be built at the site of Tarong Power Station which would help support energy system security and reliability. A feasibility study for battery storage on Stanwell’s networks has been conducted and front-end engineering design (FEED) work is now taking place.

“By locating battery storage at Tarong Power Station, we can capitalise on existing land and connection infrastructure, support the investment in renewables within the region and help maintain system security and reliability.”

According to Aspinall, the company has also made an enquiry to transmission network operator Powerlink about also siting another battery facility at Stanwell’s other coal power plant. Aspinall said that energy storage will be critical to Queensland’s future energy supply and security as renewable energy capacity increases, with storage allowing solar and wind-generated power to be supplied to the market when it is most needed.

He referred to work published last July by the Australian Energy Market Operator that modelled scenarios for the future of energy in Australia to enable a low carbon transition. Called the 2020 Final Integrated System Plan, it said that Queensland alone will require more than 3,600MW of new large-scale energy storage over the next 20 years. Stanwell will make an investment decision in the second half of this year, with the two-hour duration battery system expected to commence operation in 2023 if it goes ahead.

The news comes as national trade group the Clean Energy Council highlighted that investment in large-scale battery storage is seeing something of a boom in Australia, with three projects totalling 600MW reaching financial close in the first quarter of this year, compared to 150MW in the final quarter of 2020. Already in Q2, an off-taker deal has been signed for operational rights to a portion of a 100MW / 200MWh system in New South Wales between fossil fuel company Shell and developer Edify Energy.

It is also just a few days since a completely different kind of boom was experienced as Callide, a Queensland coal power plant, suffered an explosion and fire that took its units offline and jeopardised electricity supply in the state for several hours.

CEC recently published a study which showed battery storage can be around 30% cheaper to build and operate than natural gas peaker plants and CEC expert Lilian Patterson recently told this site that the development of grid services markets that value the low-emissions and quick response capabilities of batteries will further tip the scales away from the economics of fossil fuels.

In another recent interview, Matt Penfold, VP of business development for digital services at energy storage system technology company Fluence said that the business case for large-scale battery storage in Australia is starting to take off. However, he added that it remains largely a merchant business case without long-term contracted revenues or capacity payments, making it generally a space for the bigger generator-retailer (‘gentailer’) companies to play in.

As with CEC’s Lilian Patterson, Matt Penfold said that market opportunities for network services that batteries can provide like fast frequency response, will change the game entirely. The Australian Energy Market Commission (AEMC) is currently working to create some of these structures.

While there have been a number of plans announced to retire coal in favour of solutions like solar-plus-storage, in big picture terms the transition away from coal in Australia has been slower than many have hoped for and the national government — and regional governments too — have ploughed much of their own hopes into a “gas-fired recovery” from the economic impact of COVID-19.

CEC pointed out that while investment in batteries grew, only one large-scale renewable energy investment deal was closed in the country in Q1 2021, a 400MW solar farm in New South Wales.