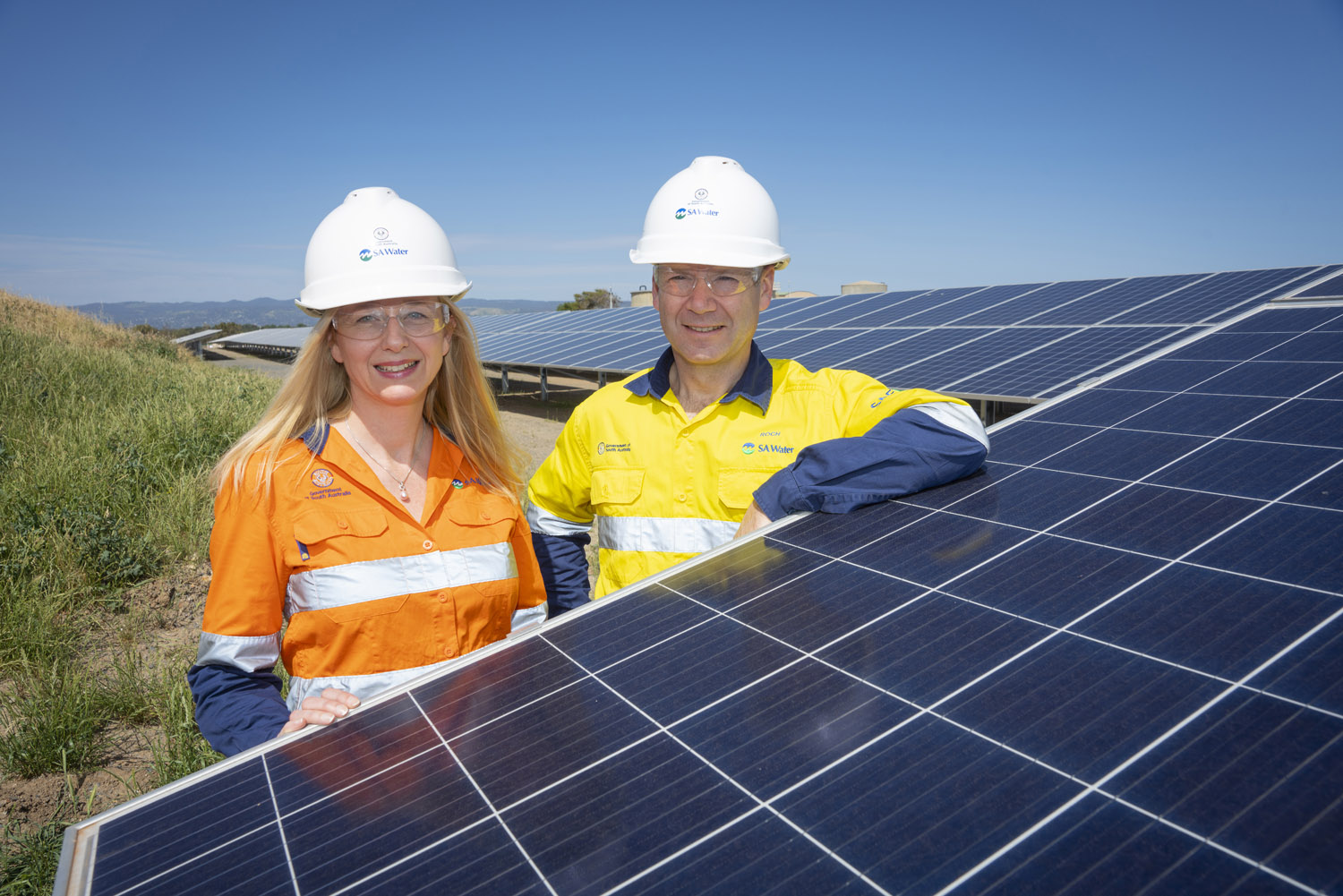 SA Water, which delivers water to more than one-and-a-half million people in South Australia, has picked out local contractor Enerven to execute the roll-out of PV and battery storage across 70 of its facilities in the next 18 months.

Energy-Storage.news and PV Tech had reported on a plan by the water company to deploy around 152MW of solar PV and 35MWh of energy storage at its facilities in April 2018 as SA Water issued the plans and called for Expressions of Interest from prospective vendors.

This morning, SA Water emailed E-S.N to confirm the award of a framework contract agreement to Enerven, worth up to AU$304 million (US$217.49 million). The plan is now for the deployment of “approximately 154MW of new solar photovoltaic generation and 34MWh of energy storage, across around 70 of its sites over the next 18 months”.

It is thought that the successful installation of this new generation and flexibility capacity will net a return on investment in just six years, while SA Water has a plan in place to achieve ‘net zero electricity costs’ by its target year, 2020, to which the 152MW of PV and 34MWh of storage will make a sizeable contribution, the company claimed.

South Australia’s Minister for Environment and Water, David Speirs, praised the water body’s decision to lean on local labour and the local economy, with around 250 jobs expected to be supported by the 18 month rapid roll-out. The local aboriginal business community was also engaged for the project, providing apprentice training and opportunities within the local South Australian supply chain.

“The scale and complexity of this landmark program will deliver opportunities for local businesses across a range of sectors, drawing on South Australian excellence in everything from civil works through to security services, engineering and project management, to high-tech system automation,” Speirs said.

SA Water paid out around AU$62 million for electricity in its operational costs during 2017 and 2018. SA Water chief executive Roch Cheroux said the PV and storage would go a significant way towards helping the company “regain control over one of our single largest operational expenses”.

“There’s no doubt our ambitious goal will be a stretch, but we won’t lose sight of it,” Cheroux said.

Enerven is expected to get to work during the first six months of 2019 on the first sites. SA Water said the decision to award the contract to Enerven came after an “extensive, multi-stage public procurement process completed with oversight of an independently appointed probity advisor”. The company was created and launched as a subsidiary of SA Power Networks and was spun off as a rebrand of the latter’s Construction and Maintenance Services (CaMS) department.

The contractor business will conduct commercial, non-regulated business activities including transmission and distribution line work and developing new energy solutions such as the projects for SA Water. Enerven recently completed two phases of Bungala solar plant totalling 220MW, at a facility in South Australia which will eventually reach 300MW capacity when finished.