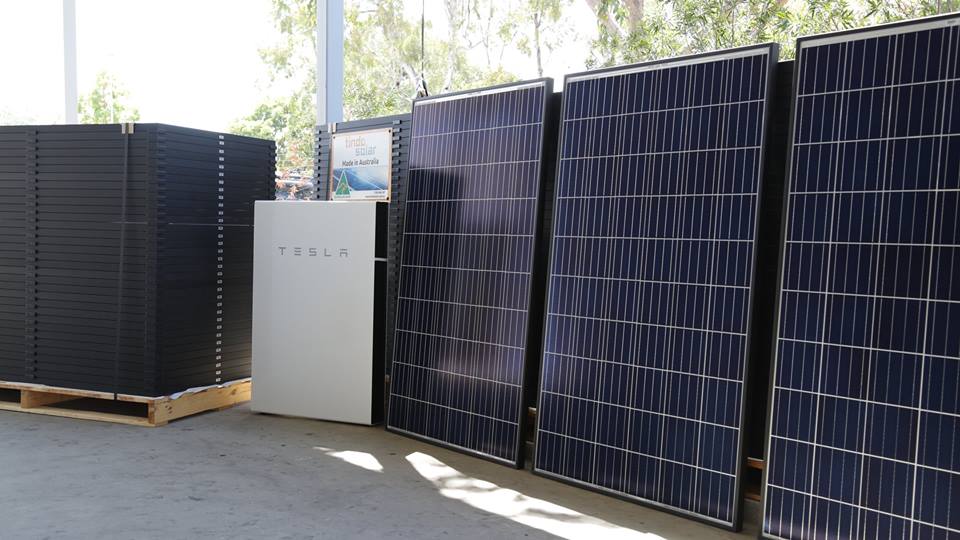 Energy storage in the state of South Australia has continued its prolific pace of development with the announcement of two new grid-scale projects and a sizeable commercial and industrial (C&I) installation.

In addition to the announcement of a 1350MWh pumped hydro energy storage plant, a 26MWh battery facility at a solar farm and a 4.2MWh battery system at a large produce market, this week state Premier Jay Weatherill claimed Tesla’s recently-awarded 675MWh virtual power plant project would create some 500 jobs for the region over four years.

Weatherill said that the Tesla VPP could create 250 jobs during installation of 50,000 residential Powerwall 2s and the same number again in the supply chain for the whole project. Tesla will also create a service hub where local technicians can monitor performance of the batteries and of the company’s EV charger networks.

With state elections upcoming in March, Weatherill has nailed his colours and that of his Labor Party to the renewable energy mast. Electricity prices are high, the population and grid dispersed over long distances and there is plenty of sunshine.

Along with supporting the development of rooftop solar, this has led to the deployment of a 129MWh lithium-ion battery in response to blackout events on the grid, the entrance of big players in the C&I market and the creation of a AU$150 million technology fund – which led to Tesla being awarded that VPP project. Rival party the Liberals pledged to financially support a shift to renewables, particularly household battery storage, but were criticised by solar trade groups for proposing to scrap renewables targets.

Renewable energy firm Tilt Renewables this morning said it has “entered the planning approval phase” for a 300MW / 1350MWh pumped hydro plant at a decommissioned quarry near Adelaide. The prospective site for the Highbury Pumped Hydro Energy Storage Project is already owned by Tilt’s project partner, Holcim Australia and Tilt claims existing road and reservoir infrastructure can be used, lowering costs. The company also says there would be “straight forward connection to the grid” and that the project could “support energy security and contribute to reducing power price volatility”.

Making use of off-peak energy prices to pump water to an upper reservoir at Highbury Quarry, water will flow back down through turbines to generate power when prices are high. Tilt claims the project could create 300 jobs. It will also help redevelop the area around the 350-hectare quarry site for public recreational use. Studies published in 2017 found several thousand potential sites for pumped hydro across Australia, including disused quarries and mines.

Tilt Renewables also announced a solar-plus-storage project to be co-located with the substation of an existing wind farm. Costing AU$90 million (US$70.82 million) in total, a AU$7.125 million grant has been awarded to Tilt from the Renewable Technology Fund for the 44MW Snowtown North Solar Farm and accompanying 21MW / 26MWh Snowtown North Battery Energy Storage System Project.

Power generated at the solar farm will go straight into the grid via connection to the substation at the 100MW Snowtown Stage 1 Wind Farm. Tilt CEO Deion Campbell said the system could help provide security of energy supply and system flexibility, while the co-location with existing assets and infrastructure greatly increased utilisation and efficiency. The solar-plus-storage project could also create as many as 200 jobs, Tilt claimed.

State energy minister Tom Koutsantonis said the pair of projects would “add a huge amount of additional competition to our system”.

“Storage of renewable energy is the future and once again we are seeing South Australia lead the world in the development of a broad range of storage technology,” Koutsantonis said.

South Australia Produce Market in Pooraka, at which around half a billion dollars’ worth of produce is traded tech year, will install a 2.5MW PV system, 4.2MWh lithium-ion battery system and a 2.5MW onsite generator for what could be Australia’s biggest private PV system when completed.

Koutsantonis’ government is supporting the project with a AU$2.5 million grant via its State Government Energy Productivity Program. The two-year programme allowed businesses to carry out energy audits and apply for funding help based on the results.

Compared to other options for long-term energy supply contracts, the market and its stallholders could save AU$5.5 million over 10 years. The project will be completed later this year and could create 40 jobs. Local energy services firm AZZO will develop the control system, although other suppliers were not named.

South Australia has around 720MW of rooftop PV on about 210,000 private households, while the C&I sector lags at 102MW on the rooftops of 7,300 businesses. The potential for growth in the C&I sector has been spotted by the likes of ZEN Energy, which last October laid out a 1GW plan for winning dispatchable renewables contracts with businesses in the state. The firm subsequently netted a supply contract with government public buildings – a ZEN subsidiary will power 80% of South Australian government facilities' loads.