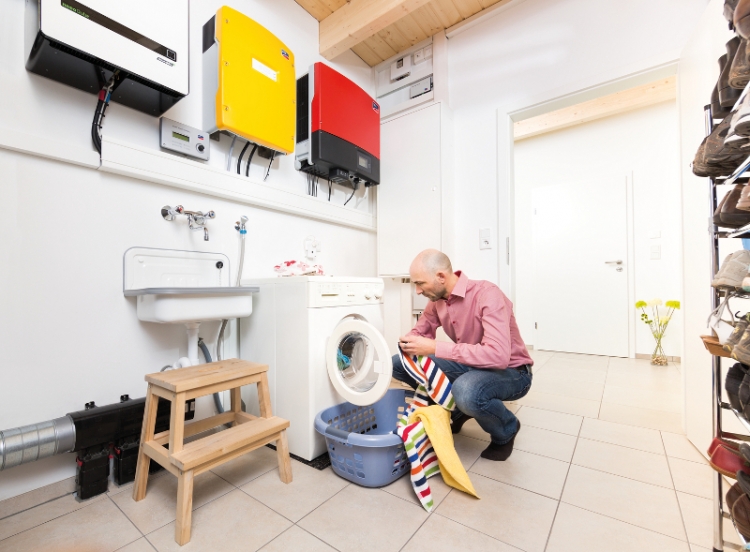 Pierre-Pascal Urbon, CEO of solar inverter manufacturer SMA, has said that the company is anticipating medium-term “exponential growth” in the energy storage market, reporting a “positive performance” in storage-related sales.

SMA, which in around 2014 and 2015 could comfortably have been said to have supplied around one third of all central inverters deployed worldwide, this morning released its financial results for the first half of this year.

In short, the company reported 3.8GW of inverter sales in the six month period, similar to 2016’s first six months, when 3.9GW of devices were sold. This equated to €381.1 million and EBITDA of €29.0 million. SMA also said it has an order backlog of €673 million. However, due to price pressures in the PV market overall, sales figures were considerably lower than in H1 2016, when almost the same number of inverters sold meant €482.3 million in sales.

“After a moderate start to the year, SMA increased its sales by 20% in the second quarter of 2017 as against the first three months of the year,” Urbon said.

“We saw a favourable increase in all key segments, particularly in the Asia-Pacific region (APAC). For the second half of the year, we expect the business to significantly pick up again based on strong incoming orders in all markets”.

The company is forecasting sales across all segments of between €900 million and €950 million for the 2017 financial year and net cash to rise to over EUR450 million.

“In the medium term, we anticipate exponential growth in the storage application segment,” Urbon continued.

“SMA already has system technologies for using large storage solutions to stabilise electricity grids or using batteries to increase self-consumption in private households or companies. Thanks to our intelligent energy management and strategic alliances, we have laid the foundation for new business models. SMA will therefore benefit from the global trend toward decentralised energy and the digitisation of the energy industry.”

While it was clear from SMA’s full 54-page report on H1 sales that PV inverters remain by far the main component of SMA’s business, SMA said storage systems tech and retrofits accounted for a “significant share of sales” in EMEA (Europe, Middle East, Africa) in particular. SMA also said that while the PV market remains strong in many parts of the world, demand for it will become even stronger as energy storage systems improve and fall in price and better communications technology is implemented to connect diverse energy resources, management and control systems.

Furthermore, while aforementioned price pressures across the PV industry would squeeze that segment somewhat, the company said: “The fast-growing segment of storage applications will at best offset the expected decline in investment in traditional photovoltaic applications.”

The company cited good interest and demand for energy storage in markets including Germany, Italy, Japan and Australia in particular. SMA is estimating a total energy storage market value globally of between €600 million to €800 million, in what is a “still fairly new market”.

The SMA report clarified Urbon’s comments by stating that while it anticipated that medium-term exponential growth in the market, it is nonetheless “difficult to predict the market’s future size in detail”.

Recent and forthcoming product highlights were laid out in SMA’s report, including: