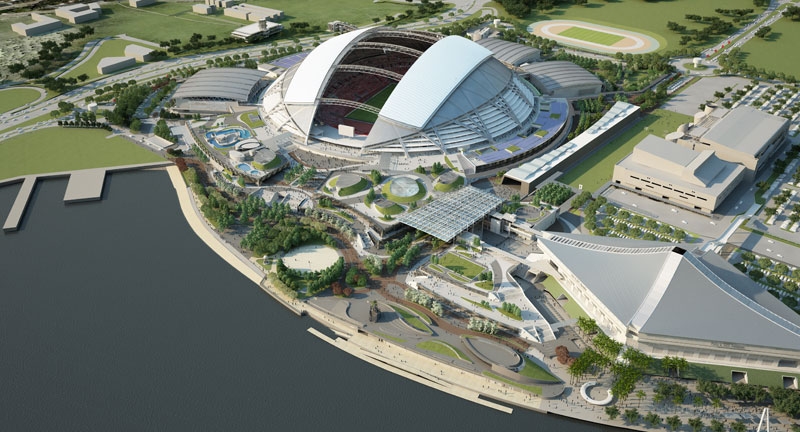 Updated: Singapore’s Energy Market Authority (EMA) will trial the use of lithium batteries and redox flow energy storage to help integrate renewable energy onto its grid, delivering services both in-front and behind-the-meter.

EMA is the city state’s statutory body for operating power systems, proactively developing the energy industry and regulating energy markets. The body currently has an ongoing SG$25 million (US$18.34 million) programme to develop and test energy storage solutions that could enhance overall stability and resilience in Singapore’s power grids. In late 2016, US organisation Sandia National Laboratories signed an agreement with EMA to cooperate on R&D for various storage applications on the grid.

The intention is to support and enable Singapore’s goal of deploying 1GWp of solar PV generation capacity by 2020. In partnership with utility SP Group (Singapore Power), EMA has awarded contracts to two consortiums to trial a total of 4.4MWh of energy storage system resources. Key to the testing will be the ability of energy storage systems to cope with the hot and humid weather conditions Singapore experiences.

Engineering company CW Group will lead the lithium battery trial, while power engineering company Red Dot Power leads the flow battery programme. Both companies are Singapore-headquartered and together will receive around SGD$17.8 million in grants for the test bed projects.

A test bed will be established for three years in two sites in north and north-eastern Singapore. The CW Group-led lithium-ion trial will test-bed 2.4MW / 2.4MWh of energy storage for delivering high power applications such as frequency regulation and other ancillary services, also being tested for its ability to provide energy reserves and in reducing peak demand. Nanyang Technological University will be involved with the tests.

CW Group has awarded the design, construction and installation of that lithium project to Nasdaq Helsinki-listed power company Wärtsilä and its recently acquired subsidiary, Greensmith Energy, a system integrator which specialises in software and control systems. The project will use Greensmith's GEMS energy storage control software platform and will be Wärtsilä / Greensmith's first project in Asia, although just this month Wärtsilä announced its intent to enter India's energy storage market, describing the technology as the “only answer” to looming grid congestion problems in the country.

The Red Dot Power consortium includes German-US system integrator and energy storage specialist Younicos. It has been awarded a contract to install a 0.25MW / 2MWh energy storage system, capable of storing energy for up to eight hours. The system will be based on vanadium redox, so-called ‘flow batteries’, which store energy in liquid electrolyte and can be scaled up in size simply by increasing the size of the electrolyte tanks.

Red Dot Power is known for its work in demand management and demand response, as well as in delivering BIPV (building-integrated photovoltaics) solutions to businesses and microgrid projects. The company is also working on co-located energy storage at solar farms throughout Asia. Working alongside Younicos will be the National University of Singapore and Singapore Test Services.

Younicos said the vanadium redox flow trial would test grid applications including frequency regulation, peak shifting of solar to times of lower demand and the ability to provide capacity reserves during grid stress events. It will utilise Younicos’ Y.Q software to control the storage system and allow it to interface with the local grid. Meanwhile, Younicos also said it will work closely with Red Dot on installing and maintaining the system, with a view to building “local capabilities for follow-up projects”.

“Insights from this test-bed would be useful for Singapore to learn how storage could enhance the stability of our grid, provide quick response capacity and improve operational flexibility,” Energy Market Authority CEO Mg Wai Choong said.

“We are also exploring how to couple energy storage with solar forecasting capabilities to enable greater deployment of solar in Singapore”.

SP Group chief executive Wong Kim Yin said the utility was committed to “helping Singapore save energy and cost”, adding that this project “is a collaboration with EMA to assess how we may adopt storage to save costs”.