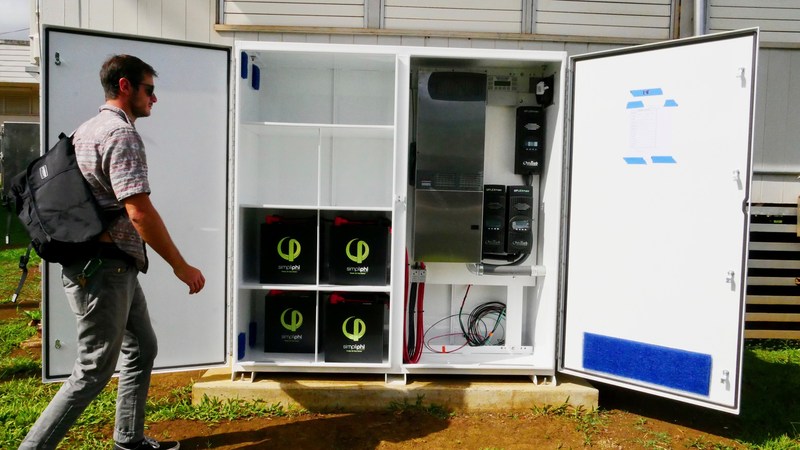 The cabinets in action, with SimpliPhi-branded storage in a bank to the left. Image: SimpliPhi.

US energy storage designer and manufacturer SimpliPhi Energy has installed a combination of solar PV and batteries to power air-conditioning units at a school in Hawaii, with a further 1.4MWh of such projects in the pipeline.

In May 2016, Hawaii State’s Department of Education (HIDOE) brought into legislature a commitment to add air-conditioning to 1,000 classrooms across Hawaii, with the US$100 million Heat Abatement Program for public schools created to fast-track projects. The 1,000 classroom goal was reached in August, but the programme continues to add new units.

According to HIDOE, many of its schools are more than 50 years old and were never designed with the kind of electrical load needed to run air-conditioning in mind. A HIDOE fact sheet on the Heat Abatement Program says that the department annually spends US$48 million on electricity and cited the example of one school’s new AC-unit and said that it doubled power costs at Pohakea Elementary School.

Solar-plus-storage has now been put forward as an economical solution to power those air-conditioning units, allowing schools to control the long-term costs of their energy. Waialua High and Intermediate School, on the island of Oahu, is now being fitted with a system designed by Ameresco Solar, a developer and designer of PV systems headquartered in Arizona. Ameresco and SimpliPhi worked with local solar system integrator Haleakala Solar to execute the project.

“Bringing sustainable cooling relief to students in Hawaii was a problem we knew required innovation on several levels, including how to manage the up front and long-term costs of these systems and how to work with the limited electrical infrastructure on these campuses,” Ameresco senior account executive Richard Dean said. 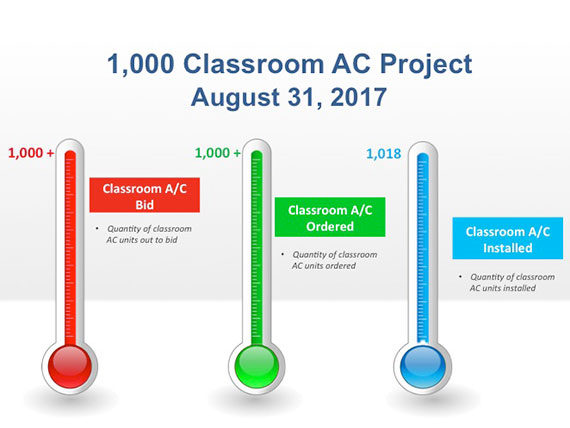 Dean explained that the system was designed with power generation and energy storage housed in cabinets that serve one or two classrooms each, with cabinets located “right next to the electrical load”. Each of those cabinets houses either seven or 10 SimpliPhi PHI 3.4kWh batteries that can power between two and four tonnes of air-conditioning respectively.

“This is a major cost advantage over a centralised system, as is the power system's ability to expand as future energy needs change,” Dean said, adding that SimpliPhi’s non-toxic battery systems was “essential… as we can simply add more batteries in the system without duplicating other aspects, unlike with the other storage options available on the market”.

Haleakala Solar boss Jim Whitcomb said SimpliPhi batteries were “proven to be reliable and safe from fire when installed outdoors in the full Hawaiian sun – without the hassle of adding separate AC or cooling mitigation”.

SimpliPhi claims its non-toxic lithium ferrous phosphate cells have eliminated the threat of thermal runaway from energy storage batteries, with CEO Catherin Von Burg saying of the Hawaii schools projects, where some batteries will be within five feet of the nearest student: “Safety is paramount and should not be negotiable for anyone; especially our children.”

With the highest penetration of solar PV per capita among US states and high electricity costs, Hawaii has rapidly become an advanced market for solar-plus-storage. SimpliPhi, which has a background in providing battery-backed off-grid energy solutions to movie productions, is pushing hard into Hawaii. The company launched a ‘plug and play’ residential energy storage system to the Hawaiian market first in August 2016, having collaborated on its development with Hawaii-based solar installer Apex Electric on product development. The company says that following the Waialua High and Intermediate, it has a further 1.4MWh of similar solar-plus-storage air-conditioning systems to fit at Hawaiian schools.