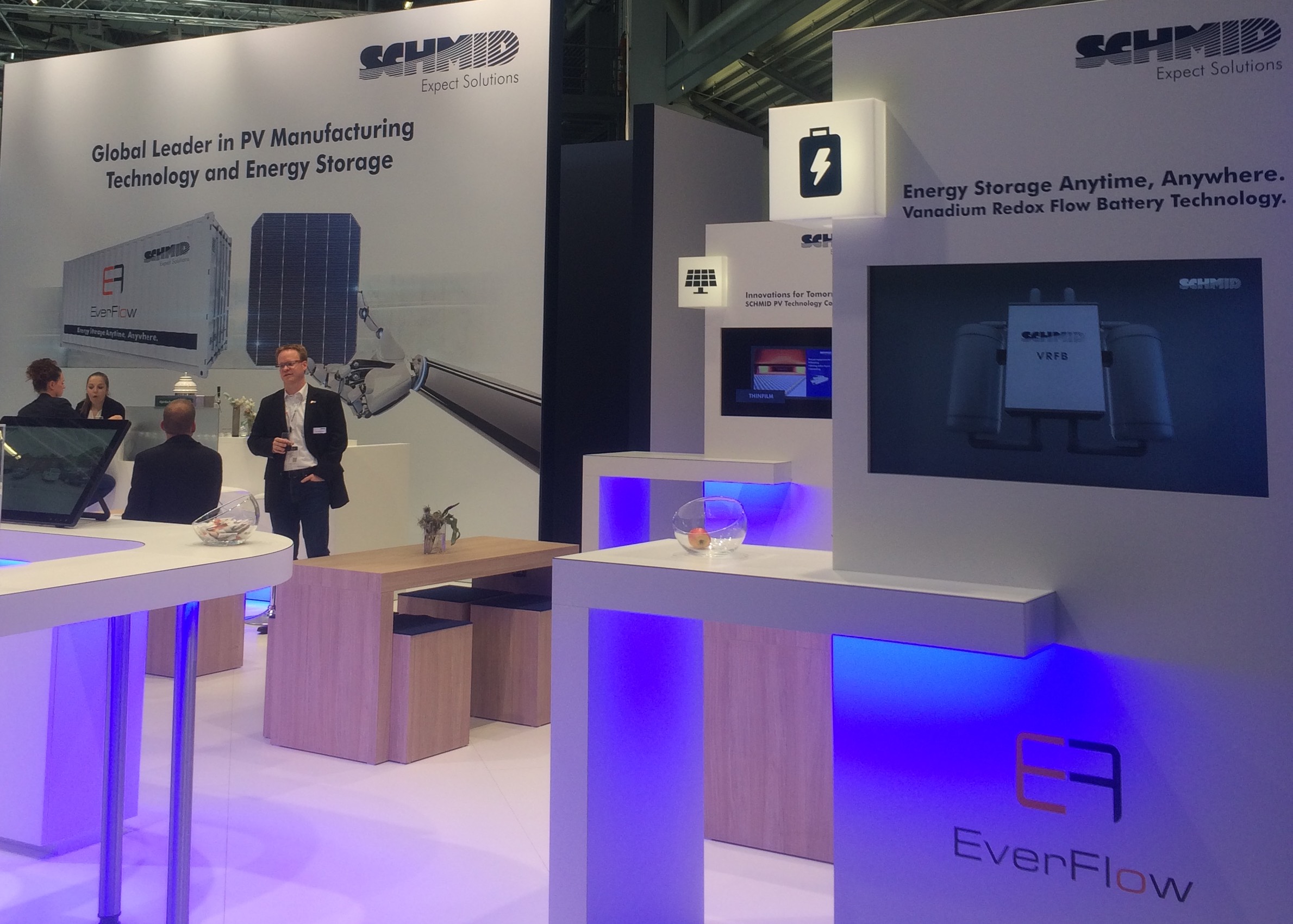 The JV's formation was announced this time last year and Schmid emailed Energy-Storage.news yesterday with news that the transaction has received regulatory approvals and satisfied its closing conditions. Schmid and its partner Nusaned – which is owned by SABIC, a chemical manufacturing subsidiary of Saudi Aramco – will focus on developing vanadium redox flow battery technology as well as manufacturing. Another Saudi Arabia-headquartered company, investor and project developer RIWAQ Industrial Development Company, intends to join the JV in the “next two to three months,” Schmid said.

The JV company will operate under the brand name EVERFLOW. A site has been identified for the manufacturing facility, which will have an R&D centre alongside it, in Saudi Arabia’s Damman 3rd Industrial City. With construction expected to begin within the first half of this year, Schmid said the facility will have an annual production capacity of 3GWh.

While the release said the JV partners want to be a “global leader and champion” in the energy storage market, it is expected to also “directly contribute to the Kingdom’s renewable ambitions,” with Saudi Arabia targeting the installation of 57.5GW of renewable energy capacity by 2030 and energy storage will be used to help connect and integrate that capacity to the national grid.

While announcements of planned lithium-ion factories and gigafactories around the world have been plentiful in the past few months, there have been fewer such reports on redox flow, although KORID Energy, a South Korean developer of vanadium flow batteries signed a JV with Canada-headquartered Margaret Lake Diamonds to further the development of a 200MWh factory at an as-yet undecided location in North America, with New York looking a possible choice, due to the KORID-Margaret Lake Diamonds consortium hosting an event with former New York Governor George Pataki in attendance in the state in January this year.

At yesterday’s opening session of Solar Media’s online Digital Series Energy Storage conference, the merits of vanadium redox flow batteries were among the topics discussed by panellists including Jim Stover, a representative of flow battery company VRB Energy. Stover said that the durability and long expected lifetime of flow batteries are among its key advantages, but unlike lithium-ion has yet to benefit from manufacturing scale in terms of bringing costs down.