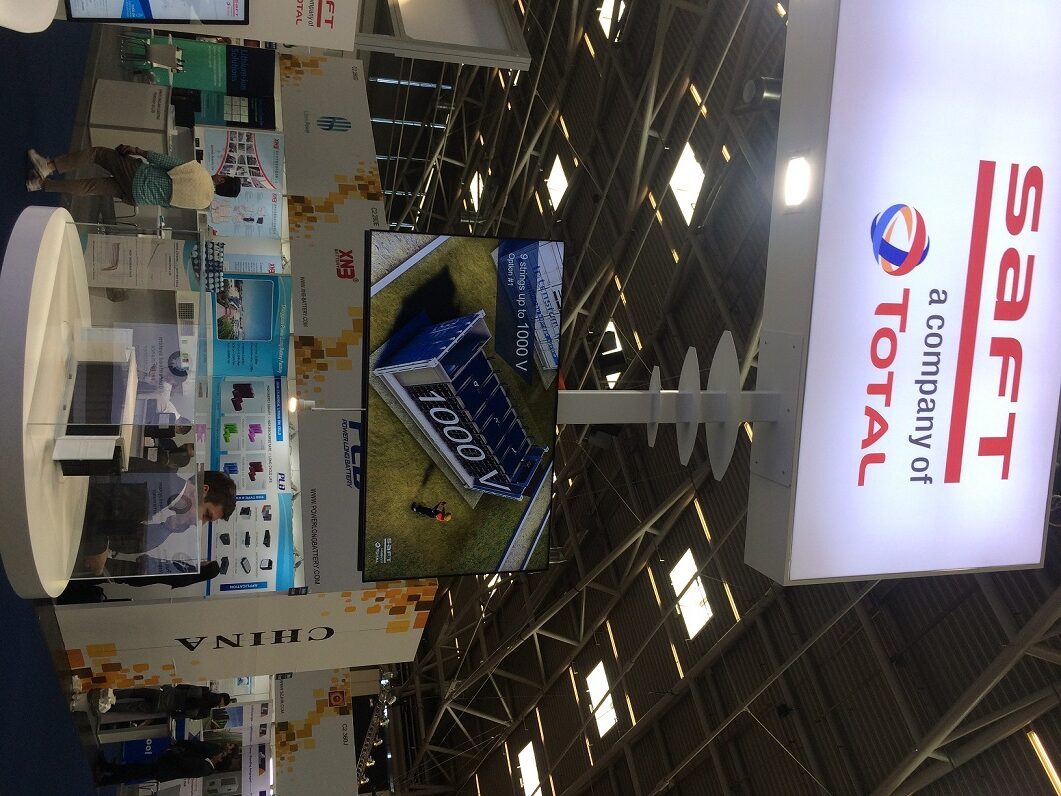 The new product is a direct response to shifting energy market dynamics, if Saft’s customers’ demand for energy applications over power is an accurate indication. Image: Andy Colthorpe.

Customers procuring energy storage systems are emphasising their demand for energy, as well as power, as the market shifts to longer durations, a representative of Saft has said.

The European battery manufacturer has been active in the energy storage system (ESS) market since 2012, delivering around 100MW of operational projects to date. The recent launch at ees Europe of Saft’s new 20ft containerised NMC lithium-ion battery storage systems, available in 2.5MWh ‘blocks’, is a direct response to growing interest in energy storage for applications that go beyond storing and shifting short durations of energy to serve high-power applications, company energy storage business development and marketing manager Michael Lippert said.

“When we started to deliver our first containers, but at that time, the market was rather a paying for power [type of market] and so, therefore, our first generations of containers were more power-oriented, so for frequency regulation and for smoothing applications or ramp control,” Lippert told Energy-Storage.news at the show last week.

According to Lippert, there are a variety of markets that are beginning to demand higher energy systems, although currently, the world’s maturing solar markets are showing the most interest. While storage systems by Saft and others were first deployed in those regions to deliver grid-balancing, through services such as frequency regulation to integrate renewable capacity onto networks, Saft’s customers find there is now a case for pairing renewables more closely with batteries.

“Our established market and most of our projects are in relation to renewables and particularly to solar PV plants. A couple of years ago we were talking about smoothing and ramp control, today we are talking about shifting,” Lippert said.

“People want to store from two to four hours to cover peak periods and maybe even compete against gas peakers in combining storage and solar, we see similar things on the wind side, so there’s a natural extension from our previous smoothing applications to these ones.”

In following, or even anticipating the market’s future direction of travel, Saft decided that it needed an “adequate and competitive” solution to play in that growing energy applications segment. In updating the company’s containerised offerings, suitable for larger commercial, industrial or utility customers, Lippert said Saft decided to maximise energy density available to each project. The new configuration also has technical advantages that help the overall costs of the system too, Lippert claimed.

“We did need a more energy-oriented product, which means we increased the energy density,” Lippert said.

“It’s still a 20ft container but instead of around 1MWh we now have 2.5MWh. What does that bring? A little less footprint? Well, that’s somehow important to some customers, but not an absolutely critical thing. But it’s also a cost issue because you have the container cost, the ancillary system cost around it and what we call the balance of system is now spread over 2.5MWh and before it was only 1MWh.”

Packaging up more energy in a smaller configuration also meant Saft could improve energy efficiency through auxiliary components such as HVAC, while the modular system benefits from reduced numbers of connectors and cables being required, for example.

“In [our] former systems, our building block was, say around a 4kWh module. If you say ‘module’, for each module you need a connector, you need a first level of electronic board and so on. 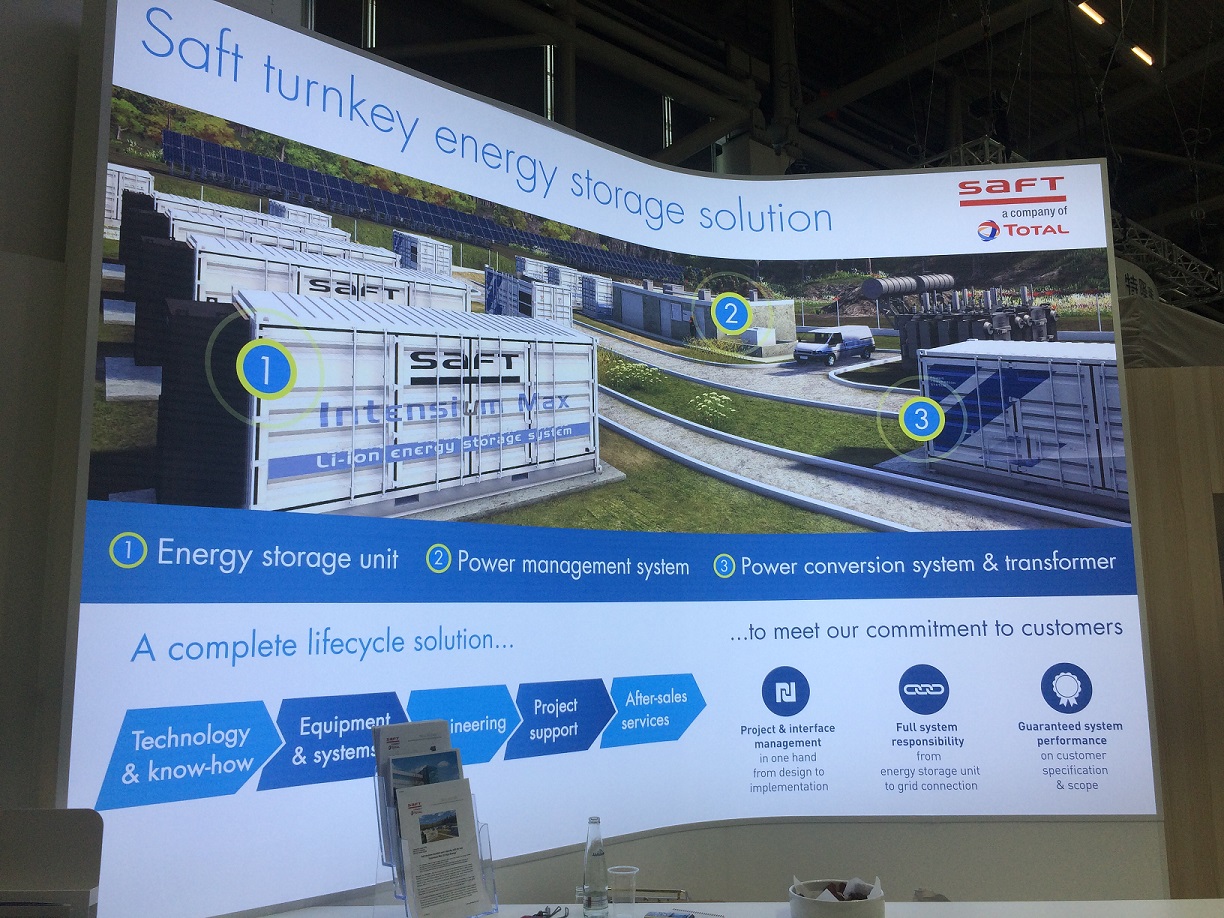