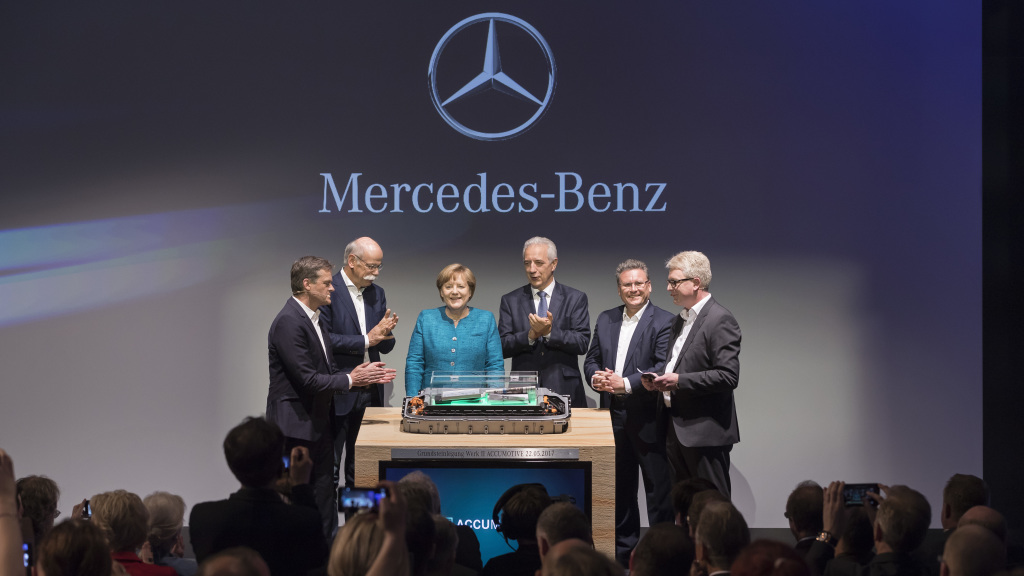 Germany’s federal chancellor, Angela Merkel, attended a ceremony to lay the foundation stone for Daimler’s new battery production facility, where some of Mercedes-Benz Energy’s stationary storage batteries will be produced.

The EUR500 million (US$561 million) factory in Kamenz is run under the brand of Daimler subsidiary ACCUMOTIVE and is the group’s second facility for manufacturing lithium-ion batteries. Daimler played up the importance of the factory in its drive to put out more models and higher volumes of electric vehicles (EVs). Daimler and Mercedes-Benz board chairman Dieter Zetsche said that by 2022 the company would have 10 “purely electric passenger cars in series”.

Madeleine Herdlitschka, a global communications representative for Mercedes-Benz told Energy-Storage.News that as with previous requests, the company would not be revealing the production capacity of the Kamenz factory, nor the split between EV battery packs and stationary storage system batteries.

Herdlitschka confirmed however that “stationary battery production” is an “integral part of the factory” with ACCUMOTIVE producing both EV and stationary storage batteries. It also said that the “proportion of automotive systems in production is higher [than stationary storage].”

Last week Mercedes-Benz Energy announced a tie-up with US residential solar installer Vivint to distribute its stationary energy storage range in the US.

A “third party battery system” was responsible for causing a fire in the lobby of Leclanche’s headquarters in Yverdon Les Bains, Switzerland.

Following reports of the fire, Leclanché emailed Energy-Storage.News a statement about the incident. It confirmed that the blaze had taken place, with staff successfully evacuated to safety.

Leclanché said the blaze began at 11:30am on 22 May, and was brought under control and extinguished within two hours. It started in the lobby of the office building and “was caused by a single third-party battery system using third-party battery cells, and their proprietary modules and battery management software,” according to Leclanché.

Unsurprisingly the “third-party” was not named. Smoke spread through the building, but the flames did not, the company said.

Leclanché CEO Anil Srivastava thanked emergency services and said the health and safety of employees was the number one priority during the incident.

Srivastava said the company anticipated a return to business as usual “across most of the organisation by early next week”.

UK green utility Ecotricity has announced plans for a pilot storage project near its head office in the West of England in the company’s first move into utility-scale storage.

The utility has not yet specified the services that its 2.5MW system will provide but has said it will begin by charging the battery with renewable power to be delivered to the grid during periods of high demand.

Dale Vince, founder of Ecotricity, said: “We’ve been looking at energy storage for some time now – waiting for the technology to make it possible. And we’re excited that we’re now at that point.

“Not many people know that, as an energy company, we have to manage the energy our customers use every half an hour – energy storage will better allow us to do that, meaning we can more efficiently supply energy and better manage the green energy we generate.

“This is a trial project for us – and we’re going to learn a lot about energy storage and how it can help us. And we’re hoping it will be the first of many more energy storage projects to come.”

A supplier and technology provider has not yet been selected and it remains unclear how the solution will be branded or when the install will be completed.

Ecotricity is currently also thought to be trialling its own small-scale energy storage systems. 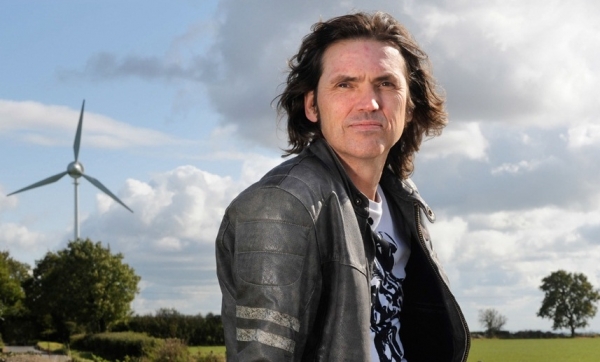