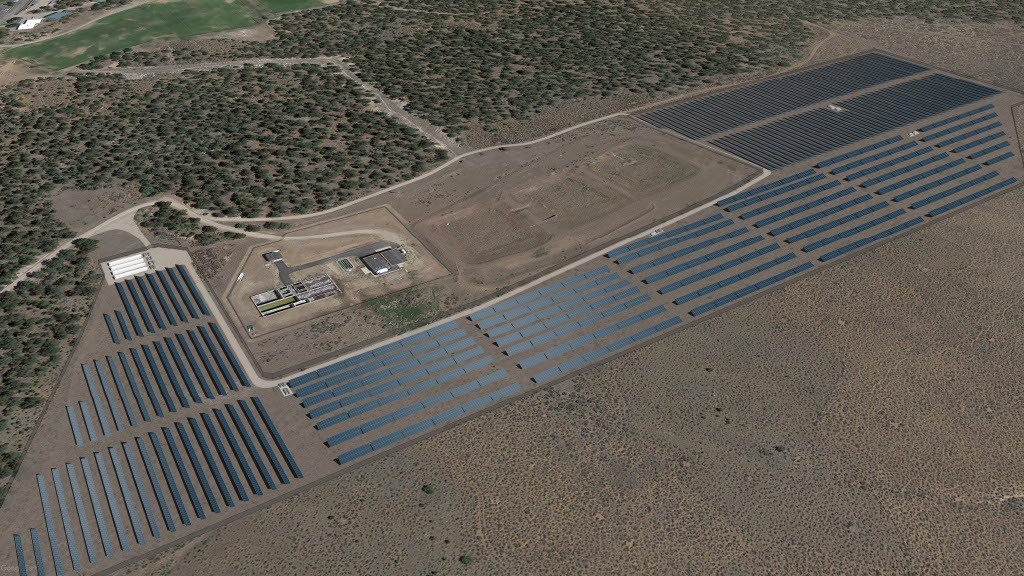 Rendering of Ameresco’s planned project for Holy Cross Energy which will be sited on land leased from Colorado Mountain College at its Spring Valley Campus. Image: Ameresco.

The company has supplied or partnered with major players in the US market such as Sunrun and Schneider Electric and has branched out into a number of other territories, most recently France.

Autogrid Flex is already being used in Japan in a project with domestic energy management services company ENERES which has been ongoing since 2019 and aims to aggregate up to 10,000 home battery systems by the end of this year.

Fujitsu, which said it wants to expand both the uptake of renewable and distributed energy resources in Japan and increase its own presence within the market, said it is targeting sales of Y3.8 billion (US$34.7 million) in the Japanese market for services based on the Flex platform.

The company said it is confident in Autogrid’s experience within the Japanese market already and that the US software provider is capable of tailoring its solution to the country’s electricity market needs, including the ongoing process of deregulation which is helping to enable the rollout of VPPs and other new business models.

Autogrid's general manager for New Energy, Rahul Kar, told Energy-Storage.news in an interview last year that success for Japan's transition to clean energy will be dependent on the scaling up of such solutions to aggregate “tens of thousands or even hundreds of thousands of devices” reliably and under control of intelligent software platforms.

Energy efficiency and renewable energy solutions company Ameresco has signed a power purchase agreement (PPA) with an energy provider in rural Colorado for a solar-plus-storage project.

The company said this week that it will deploy a 5MW solar PV system and 15MWh of battery energy storage with energy provider Holy Cross Energy, on land leased from Colorado Mountain College. Ameresco will own the system and sell its output to Holy Cross Energy, which has a goal of selling 100% renewable electricity to its customers by 2030.

“By leasing a portion of our land for the solar array, we will help our community to attain energy independence by use of this renewable, and locally abundant, source. Colorado Mountain College as a whole will also move closer to our goal to be carbon neutral by 2050, as we will be receiving renewable energy credits from Holy Cross Energy (HCE) that will offset electrical usage at our Spring Valley, Aspen and Edwards campuses,” Colorado Mountain College VP Dr Heather Exby said.

Ameresco pointed out that this type of project helps HCE’s local customers to provide electricity services to rural customers that would often be left out of the benefits of developing large-scale power infrastructure, which has been the case since HCE was established in 1939, long before the advent of solar and batteries.

Nexamp, a US community solar developer, has hired RWE’s former VP and head of energy storage in North America to lead its own energy storage operations.

The company emailed Energy-Storage.news this week to announce the appointment of Mark Frigo, who helped Europe-headquartered investor-owned utility RWE to be among the first to build large-scale energy storage facilities in regions including Arizona and Texas.

“I’m excited to be joining Nexamp and look forward to continuing the momentum we have in energy storage, establishing new relationships and bringing storage to new applications. This is a pivotal time in the market, as utilities, commercial customers and others begin to understand the many benefits of energy storage. Nexamp is well positioned to be a national leader in this space,” Frigo said.