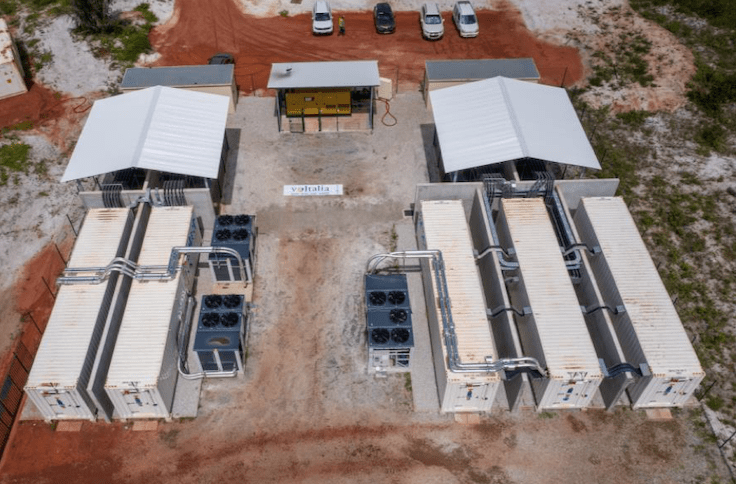 Hallen, a lithium-ion battery asset, is to be located near the city of Bristol in the Avonmouth area of south-west England comprising 16 modules of 2MWh unit capacity each. These modules are to be stacked on site to optimise the surface used.

It is to operate across all markets providing frequency, balancing and other ancillary services to the national grid and local grid network.

Commissioning of the Hallen asset is scheduled for Q1 of 2022, with the project amounting to £15 million (US$20.85 million) in investments. It is not yet backed by long-term contracts.

Sébastien Clerc, CEO of Voltalia, said the new asset is in line with the company's strategy of technological and geographical diversification and allows it to “capitalise on our experience in battery storage” which it acquired, in particular, with the commissioning in 2020 of what Clerc said is the largest storage complex in France, on the French Guiana island territory in November.

Having been present in the UK since 2012, Voltalia has built and operated 22 solar plant for third-party customers with a total capacity of 193MW and also built a 2MW / 2.4MWh battery storage project in country, again for a third-party customer, which was completed in 2017. In 2020, it was awarded a 15-year power sales contract with the City of London Corporation for its 49.9MW South Farm solar power plant.

Listed on the Euronext Stock Exchange, Voltalia has over 1.4GW of generation capacity online across technologies including solar, wind, biomass and hydroelectric.

The company completed the 10MW / 13.6MWh Mana Stockage battery storage project on French Guiana in November last year, awarded in 2019, while it already has 29MW of biomass, hydro, solar and storage online or under contract and has also won a number of other contracts on the French island, including some large-scale solar-plus-storage systems. Mana was thought to be the largest battery project on French territory at time of completion, adding capacity and output to an existing storage facility, bringing it up to 12.6MW / 16.5MWh, although Total and Saft recently completed a 25MW / 25MWh project in northern France, announced earlier this year.