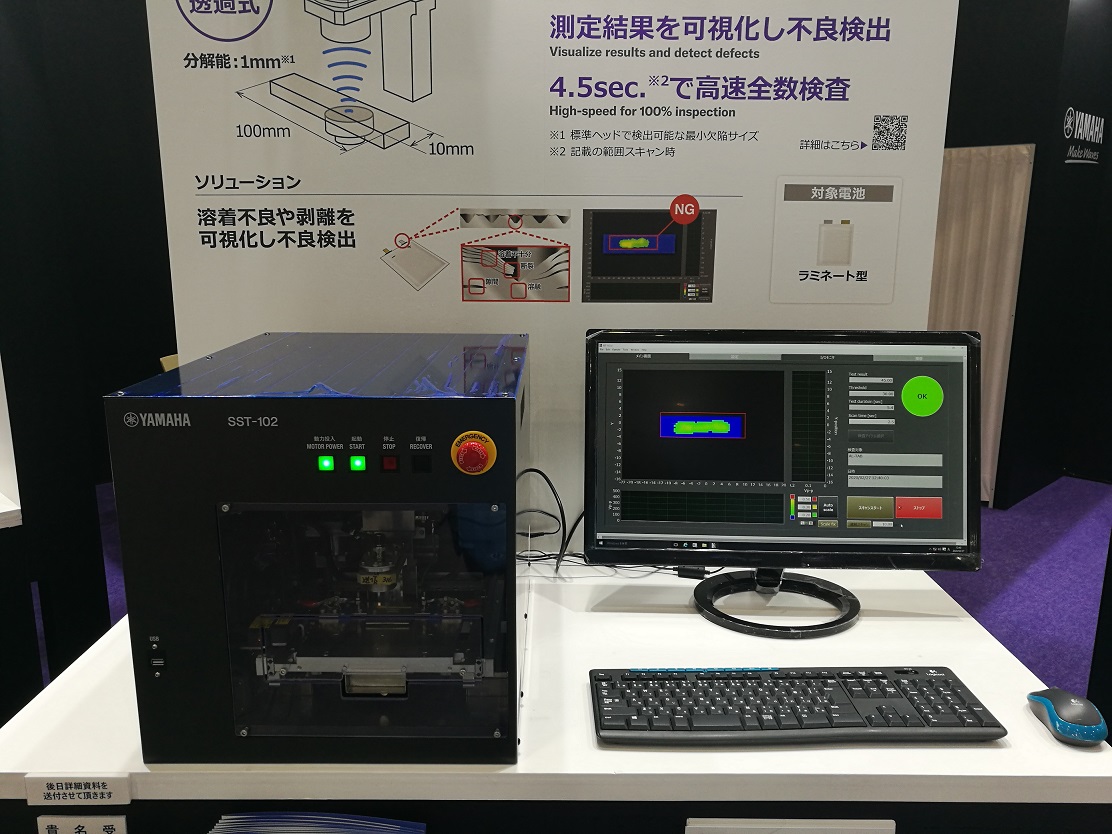 Japanese maker of precision equipment, Yamaha, was exhibiting its recently launched products for testing and inspecting lithium-ion batteries at a major smart energy trade show in Tokyo this week.

The company, perhaps best known in different circles for the manufacture of motorcycles and musical instruments, has launched a range of battery test solutions through its Yamaha Fine Technologies division.

It was among exhibitors at the Rechargeable Battery Expo trade show, hosted as part of World Smart Energy Week, along with numerous other related shows including PV Expo and International Smart Grid Expo.

While neighbouring China is of course home to the most battery production capacity in the world, lithium battery technology was part-invented and commercialised in Japan, and long-term readers of Energy-Storage.news may also remember that the world' largest battery testing facility is located in Osaka, Japan.

Yamaha was among exhibitors that Energy-Storage.news spoke with that have spotted the potential for battery demand to greatly increase in Japan. Beginning with electric mobility, many residential battery storage systems have been sold to provide back up power.

Solar self-consumption is also growing as a use case for households, as feed-in tariffs (FiT) began expiring late last year. The country does not have many grid-scale battery installations, but is expected to begin deployment in around 2024, according to various sources.

Aimed at both battery production company and battery development companies, Yamaha has launched solutions including: