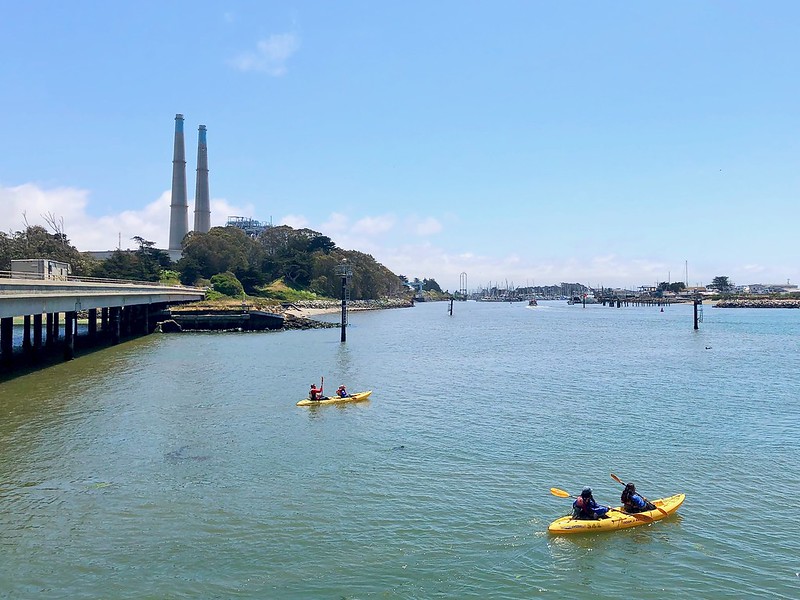 The system is due to be linked to the substation at Moss Landing and is likely to supply California’s Silicon Valley. Image credit: Fabrice Florin / Flickr

One of four major battery systems proposed by Pacific Gas & Electric (PG&E) in California’s South Bay area lies now one step closer to construction, after being approved by county authorities.

Recently approached by Energy-Storage.News, the Monterey County Planning Commission confirmed it has authorised a complex the investor-owned utility wants to deploy in a 4.5-acre plot of land in Moss Landing, by the Pacific Ocean.

Documents posted by the planning body last week, in the run-up to its later decision, indicate the Elkhorn Battery Energy Storage System continues to be proposed with a 182.5MW/730MWh size, as already outlined by PG&E almost two years ago.

The complex on PG&E-owned land will feature Tesla’s Megapack units, each boasting 17 battery modules. The Megapack was launched last year and is a 2.5MWh scale-up of the existing Powerpack (100kWh to 250kWh per unit). As the documents note, the system’s four-hour storage potential will unlock “reliable and flexible” power for South Bay residents, filling the gap left behind by shuttered natural gas plants.

PG&E’s plan is to connect its large-scale lithium-ion project via an existing 115kV transmission line, which feeds into the Moss Landing Substation. All in all, the expectation is the project will take about one-and-a-half year to complete construction.

The planning documents lay out the environmental and cultural features of the landscape at and around Elkhorn’s site. The batteries will stand in an area with “significant potential” for sensitive flora and fauna and with “high” archaeological sensitivity, the documents show.

Prior to its recent approval, Elkhorn was criticised by campaigners with the Monterey Citizens for Responsible Development. Writing to the county, the group asked for the project to be put on hold until its impacts – including from the eventual decommissioning of batteries – are reviewed.

PG&E bets on batteries to turn page from bankruptcy

Newly-approved Elkhorn is one of four battery projects PG&E first proposed in July 2018. All four – initially selected out of 100 options from around 30 submitted proposals – feature up to four-hours duration of storage and were already cleared by the California Public Utilities Commission (CPUC) in late 2018.

As documented by this publication at the time, the three remaining li-ion ventures range from the Dynegy-Vistra project (300MW / 1,200MWh) to smaller projects by Hummingbird Energy Storage LLC and Micronoc Inc.

The deals approved by the CPUC back in 2018 will see PG&E acquire capacity from the Dynegy-Vistra, Hummingbird and Micronoc systems. As for Elkhorn, the utility's plan in late 2018 was to own and operate Elkhorn on a direct basis.

The upcoming linking of the 182.5MW/730MWh battery system with the Moss Landing Substation means it will likely supply to Silicon Valley. The technology hub saw its geographic home – the Santa Clara county – declare a local emergency over PG&E’s widespread power cuts last year.

The utility’s decision last October to shut off power in 30-plus of California’s 54 counties exposed nearly 800,000 homes and companies to blackouts. The move was meant to curb risks of incidents with power infrastructure, vulnerable to the wildfires the US state has seen in recent years.

The blazes did not only prove deadly for Californians – with the Camp Fire of November 2018 producing alone a death toll of 80-plus – but also for the finances of PG&E. In January 2019, the utility giant filed for Chapter 11 bankruptcy protection, citing the impact from wildfires.

Five months later, PG&E said it was on a “path to making major changes necessary” to exit bankrupty proceedings before the 30 June 2020 deadline. The claim emerged as PG&E agreed to compensate Camp Fire victims and others with US$13.5 billion in total settlements.