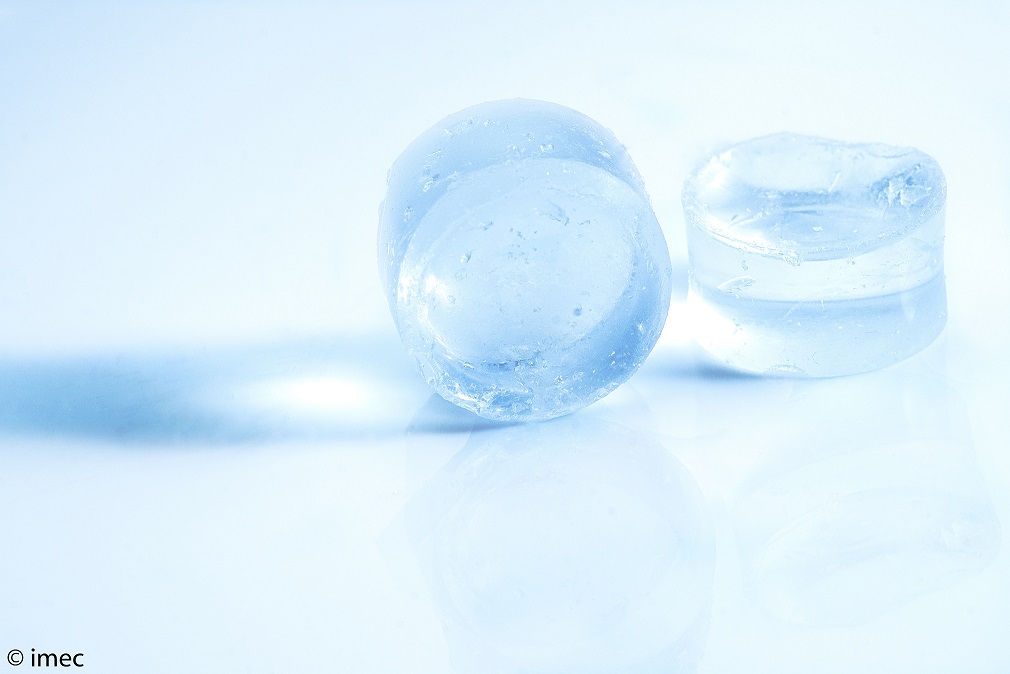 The pair is seeking to develop battery cells suitable for fast-charging and high energy use in both electric vehicles (EVs) and in stationary energy storage. A goal has been set of reaching 100mS / cm “in the next few years”, with the latest device already reaching between 30 to 10 mS per centimetre, according to imec.

The solid state electrolyte is a mesoporous silica monolith, silica with pores of between 2 and 50 nanometres. The partners say that they have already demonstrated that batteries with their liquid electrolyte can have lithium titanate negative electrodes and lithium iron phosphate for positive electrodes.

At Intersolar Europe this summer, imec programme director for PV Jef Poortmans told Energy-Storage.News that there are “two aspects of a battery, electrodes and electrolytes”. Improving electrodes, perhaps by migrating to nanoparticle-based solutions would maximise the interfacial area, speeding up the electrochemical reactions that “would positively influence the energy and power density of the battery,” Poortmans said.

He added, however, that liquid electrolytes can have “very complicated interactions” with nanoparticles and the membrane which is used to partition the electrodes can be a fire risk or even be “at the base of instabilities of the device”.

“So we started looking into solutions towards having solid state electrolytes with sufficiently high ionic connectivity,” Poortmans said.

“Now we can really start to think about the practical structure when you combine the nanoparticle electrode materials with sold state electrolytes, with the thickness of a few microns and we have made already the first small cells, using this, showing in detail that they are functional, they have a decent performance at different C-levels. The reliability today; we have done cycling experiments that seem to have done well at 50 or 100 cycles, but that’s work in progress.”

As for a pathway to commercialising the technology, the imec representative said that it is something the organisation is aiming to achieve in “four to five years”, by which time Poortmans believes the rapid rise of renewables and electric vehicles (EV) will represent an acute need for this type of advanced solution. Testing for reliability and the ability to scale up the solution to commercial scales will also still be required.

Poortmans said that there were no expected exponential gains in energy or power density, but that improving cell design and chemistry could lead to gains of a factor of two, by making incremental adjustments, “depending on what application you’re targeting”.

“For reliability, you want to go up to, let’s say, 10,000 cycles and for costs we want to end up with something below five Eurocents (US$0.06) per kilowatt-hour per cycle,” Poortmans said of the commercial benchmarks he wanted to see the batteries achieve.

“So that if you calculate the cost of PV-plus-storage – that actually is as low as what you would have with fossil fuels plus the grid. So at the end of the day with a combination of the two, you would be significantly below 10 Eurocents per kilowatt-hour.”

However, Poortmans added, the importance, value and cost of battery management systems (BMS) should not be underestimated. Through collaboration with other organisations and agencies, imec is also investigating which types of BMS would be most effective for use with the solid state lithium batteries, once fully developed.

In 2015, German engineering company Bosch bought California solid state battery start-up Seeo for an undisclosed sum, a company in which Samsung had invested the year before. Another US start-up, 24M, signed a Memorandum of Understanding (MoU) with NEC ES to supply “semi-solid” lithium-ion cells for use in utility-scale energy storage systems that same year. 24M’s cells use semi-solid electrodes made of Li-ion cathode and anode materials suspended in conventional liquid electrolytes.