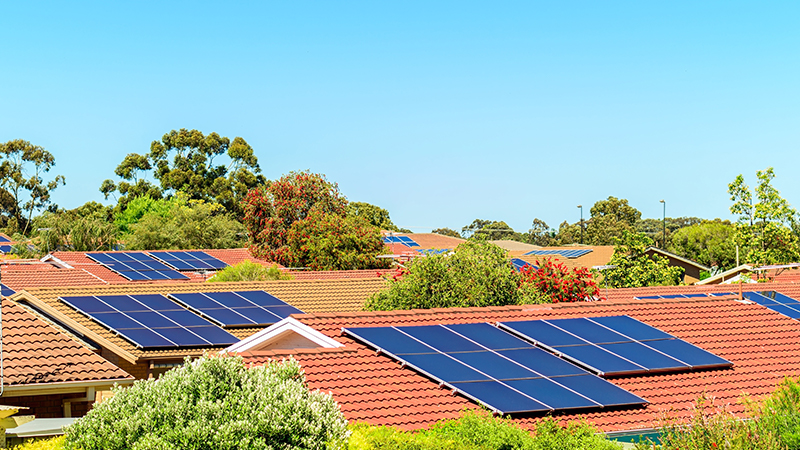 Sunverge has previously netted deals to roll out VPPs integrating rooftop solar and other DERs for utilities including AGL in Australia (pictured) as well as in Vermont, Arizona, Ontario and numerous other locations worldwide. Image: Sunverge / AGL.

Residential energy storage provider Sunverge has won out in a competitive bidding process to provide systems and software for a proposed virtual power plant (VPP) project in Maryland in the US.

Beating out proposals from four other vendors, Sunverge, which said its speciality is in “distributed energy resource control, orchestration and aggregation,” said earlier this week that it has been picked by Exelon subsidiary Delmarva Power for the planned 0.55MW / 2.2MWh VPP project.

A number of homes on the Elk Neck peninsula in Maryland’s Cecil County are located in a heavily forested area and receive their electricity through a four-mile distribution feeder line which runs both overground and underground. The VPP will back up their power supply in case of the outages to which they are vulnerable. The proposal has some resonance with California’s wildfire situation. In California the state incentive policy SGIP has been expanded to support homeowners that want to back up their home energy supply in case of Public Power Shutoffs from utilities which happen in order to prevent energised wires causing the conflagrations. major investor-owned utility Southern California Edison recently said it will also incentivise distributed energy storage.

Sunverge CEO Martin Milani told Energy-Storage.news in an interview to be published soon that “from very early on,” his company had seen the value of aggregating BTM systems to provide services to the grid which he said “aren’t virtual at all, they’re very real.”

While the project is still subject to approval from Maryland’s regulator, the Public Service Commission, and the proposal is currently under review, Milani said separately in a press statement that Sunverge is “honored and excited to be selected for this project and to have the opportunity to work with Delmarva Power to demonstrate the value of residential battery systems for the residents at Elk Neck and to the electric grid”.

“We are confident that Sunverge’s advanced DER Control and aggregation solution will demonstrate the value of aggregating residential behind-the meter systems for the Maryland electricity grid and participating residential customers.”

The “autonomous and aggregated energy storage,” Milani said, will provide reliability and resiliency to the entire service area of the utility, and called the combination of “real-time dynamic load flexibility and grid services” a “powerful tool for managing the grid of the future and integrating the growth of distributed energy resources”.

Sunverge is considered one of the earlier proponents of aggregating residential and commercial, behind-the-meter (BTM) battery storage systems in order to provide services traditionally provided by centralised large (fossil fuel) power plants. However, a recent research report from Guidehouse Insights placed the company as fairly advanced on 'strategy', but relatively low in metrics pertaining to 'execution' among a number of competitors on a leaderboard of VPP providers based on deployments and execution strategy.

Energy-Storage.news has reported on numerous projects from the company over the past few years in locations as diverse as Canada, Australia, Japan and several states in the US where in many cases the company was considered the first BTM storage VPP provider in that region, and Milani described Sunverge as a “pioneer not just in energy storage systems itself but also the control software as well as the aggregation software”. 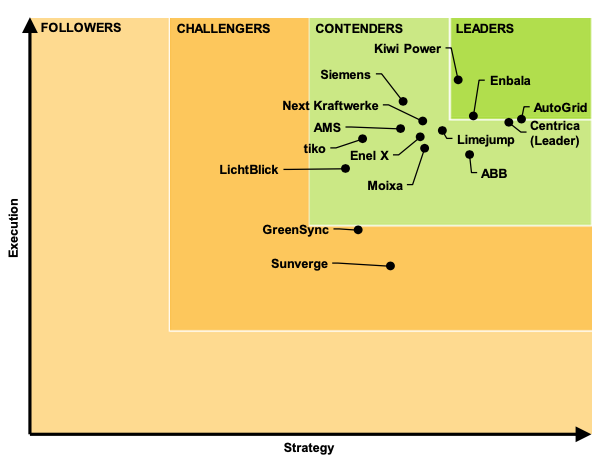 Shipments will be made over the next two quarters and Calgary, Alberta-headquartered Eguana Tech said this brought its product demand “beyond pre-COVID-19 levels”. The factory, Naples, has also reopened after the gradual lifting of the lockdown in Italy and corresponding shutdown of manufacturing and other industry. Battery makers had been deemed “essential” and of “strategic importance” to Italy by the Italian government, as Energy-Storage.news reported in mid-April when Manz AG, a maker of equipment to supply the manufacturing sector, said it had been allowed to reopen its factory doors.

Q CELLS launched its Q HOME Cloud solution officially this month, beginning with sales and installations in Germany, which the company claims allows the solar and storage provider’s customers to cover 100% of their energy demand with renewable energy from Germany and Austria.