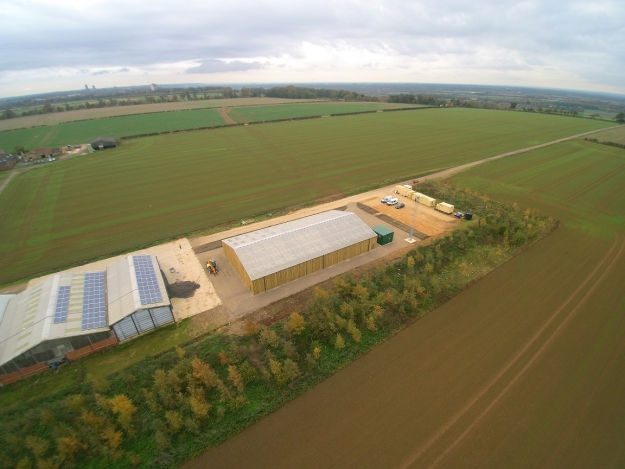 The Leverton battery is backed by a two year FFR contract with Limejump, a 15 year capacity market contract starting in October 2020 when Eelpower will also begin to look at energy trading. Image: Eelpower.

Eelpower has commissioned a 10MW battery energy storage system (BESS) in England, backed with both frequency response and capacity market contracts, in the first of a new pipeline of projects being planned by the company over the next decade.

The Leverton project near Lincoln in England’s East Midlands was built by renewables developer Anesco, acting as contractor for the project, within 18 weeks and will be operated by Eelpower. Eelpower is a UK energy storage project developer, owner and operator only founded in February this year, touting the experience of its senior management team in developing renewables – including solar co-located with storage – over the past six years.

Leverton secured a two-year firm frequency response (FFR) contract via aggregator Limejump in October’s tender, which will provide the project with revenue from 1 January 2018 until just before the start of its 15-year T-4 Capacity Market contract beginning October 2020.

Mark Simon, chief executive of Eelpower, said: “Leverton is the first of a pipeline of battery storage projects that Eelpower plans to build and operate over the next three years. They will support the grid, underpin security of supply and help reduce energy costs for customers, in particular for businesses that are major energy users.”

To provide the 12MW storage capacity used to bid into the FFR tender, the 10MW/10MWh BYD lithium-ion battery was paired with two 1.2MW hydroelectric battery units being developed by Eelpower’s sister company, Barn Energy, at Thrybergh near Rotherham and at Knottingley.

Eelpower said it sees lithium-ion as the lowest risk battery technology available and according to the company’s website, while BYD is its current supplier, others including Tesla and LG Chem are “significant global suppliers who we would be pleased to work with.”

In addition to the revenues accrued via FFR and capacity market, Simon added that the battery is also looking to take advantage of Triad avoidance (specific winter peak time-of-use charging for commercial and industrial ratepayers) payments “for the time being”, with those available likely to be cut under Ofgem’s Targeted Charging Review.

The trend of building storage assets off the back of future revenues from capacity market, with FFR to bridge the gap until the start of this contract, has emerged within a number of projects, as Solar Media market research analyst Lauren Cook explained earlier this month. Conversely, some developers are opting to begin their revenue stack with FFR with the hope of securing longer term contracts later, such as Kiwi Power with its maiden 4MW battery unveiled in October.

Energy trading opportunities will ‘step into the breach’

Mark Simon added that Eelpower had elected to begin developing storage assets now to prepare for future opportunities in energy trading, particularly with declining prices in the frequency response market.

“There's no doubt that is where we will get to, it's just if people are prepared as we are to be the first movers in this market and build out. We have shown a willingness to do that and we've been rewarded and will hopefully continue to be rewarded.”

He continued to say that eventually the company planned to build “a battery energy storage utility” over the next five to ten years with the intention of working with “the best and the brightest of site developers” to own and operate storage and provide service to grid and the wider energy market.