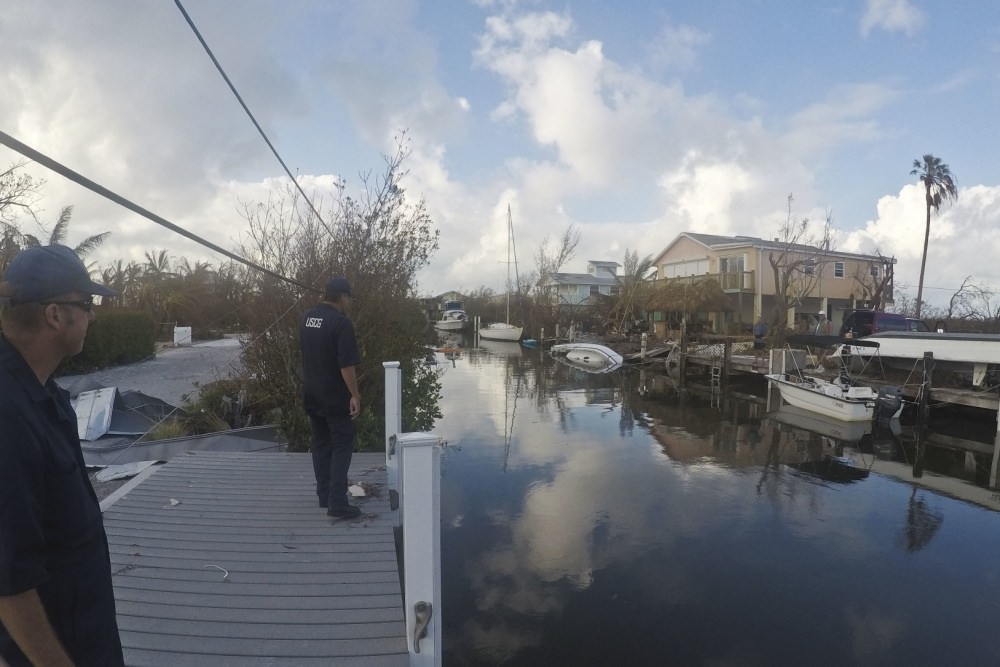 Legislation proposed in Florida could see solar and energy storage become part of the go-to solution for providing energy resiliency against natural disasters and helping restore power in their aftermath.

Holly Raschein, a Republican member of the House of Representatives for the US’ so-called ‘sunshine state’, introduced HB 1133 ‘Energy security and disaster resilience program’ on 2 January. The bill calls for the establishment of a pilot programme within Florida’s Department of Agriculture and Consumer Services to investigate and correctly value the use of solar-plus-storage systems in preventing or coming back from energy supply and delivery problems stemming from natural disasters and other causes.

Creation of the pilot would “encourage and demonstrate the effectiveness of distributed energy generation and energy storage technologies to provide for the energy needs of critical disaster resilience facilities located in areas of critical state concern during a natural disaster or declared state of emergency,” the bill’s text reads.

Through the pilot the benefits and costs of such solutions would be assessed and valued, with key facilities such as community centres, airports, public buildings, hospitals and disaster and emergency assembly zones under particular consideration for deployment of systems.

It defines the systems to be used as solar PV systems with integrated energy storage that could offset all or the majority of a facility’s energy demand in the event of a grid outage. Systems would have to have ‘islanding’ capabilities i.e. to be able to work independently of grid, with another technical specification proposed being that the batteries on any given site are capable of powering the facility for 24 hours of backup power for critical, ‘must-run’ functions, or for five hours of the facility’s “average daily usage”. Grants would be provided towards the cost of leasing or purchasing systems that are placed to serve critical disaster resilience facilities.

Anyone installing a system at their premises would be required to put forward descriptions of eligible costs, proof of purchase or lease. As it stands, grant money would be paid out on a first-come, first-served basis.

Meanwhile, the Florida Solar Energy Center at the University of Central Florida would be conducting studies on the benefits of solar-plus-storage and other distributed, clean and renewable energy solutions for the provision of energy resilience. Studies would look at environmental and social factors as well as economic. The Center should also look at applicable policies and utility procurement processes to maximise the benefits of the technologies, the bill said. Final studies should be published by the beginning of October 2019 and submitted to lawmakers including the Governor of Florida, Rick Scott.

Yesterday, the US national Solar Energy Industries Association (SEIA) put out a supportive statement regarding HB 1133.

“This is a crucial step in preparing Florida for future emergencies and we thank Rep. Holly Raschein for her leadership. Making sure our first responders and critical facilities have the power they need to deliver life-saving services during emergencies should be a top priority for any state, and solar plus storage is the easiest and most effective solution,” Abigail Ross Hopper, CEO of SEIA, said.

“This pilot program will demonstrate the effectiveness of solar and storage in maintaining grid resilience and help lawmakers implement this strategy on a larger scale.”

Scott Thomason of solar advocacy group Vote Solar said that during the recent Hurricanes Irma and Maria, already-installed solar-plus-storage and other distributed energy systems had proven their worth in terms of resiliency, “keeping lights and refrigerators on for families when the power grid was down for days”.

“Scaling solar and energy storage as a strategic backup resource during disasters could have a real impact on people’s lives and security,” Thomason said.

“As we’ve recently experienced first-hand with Hurricane Irma, there’s nothing more crucial in the wake of a disaster than power. Onsite solar energy storage systems are a forward-thinking solution to improving the security of energy supply at critical local facilities. Given that Florida is the Sunshine State, it only makes sense to tap into this resource when planning for stronger communities that are more resilient in recovering from a disaster,” Representative Holly Raschein said.

The bill is at its earliest stage of introduction, meaning there are several hoops it must pass through before passing into law, which would be effective as of 1 July 2018.

In related news, energy storage system provider and integrator AES recently released data that showed its grid-scale energy storage arrays in the Dominican Republic worked to their full capability and maintained power on its local networks throughout both Hurricane Irma and Hurricane Maria.