Home energy storage system provider NeoVolta has raised US$3.9 million in a Nasdaq uplisting, lower than initially planned amidst ‘tough capital markets,’ according the company’s CFO.

The company last week announced the pricing of its underwritten public offering of 975,000 units at a price of US$4.00 per unit, totaling US$3.9 million (before deducting discounts, commissions and other expenses related to the offering).

The company has been listed on the OTCQB Marketplace since 2019, but with this uplisting its common stock and warrants have begun trading on the Nasdaq Capital Market, as of 28 July, 2022, under the symbols “NEOV” and “NEOVW,” respectively.

It said the uplisting was at a premium to its market price, although it has since increased and is trading at US$4.125 at the time of writing.

The US$3.9 million is 20% less than the US$5 million the company was seeking, according to reports in early July, which added that US$5 million was itself 20% lower than a previous target. At the time of those reports, the company’s CFO Steve Bond provided Energy-Storage.news with the following comment on the reason for the uplisting as well as why it had scaled down the IPO size:

“We are uplisting to raise capital to fund our growth both geographically and in product diversity. Our offering size has been changing based on the capital markets, which as you probably know, have been pretty tough lately,” he said.

NeoVolta designs, develops, and manufactures residential energy storage systems using lithium iron phosphate (LFP) battery cells. Its core product is the NV14, a 14.4kWh batttery with a 7.68kW inverter and online energy management system, which can be expanded to 24kWh with an add-on battery.

It primarily markets and sells its products directly to solar installers and solar equipment distributors. In the future, the company intends to target residential developers, commercial developers and “other commercial opportunities”. Revenues rose 139% to US$4.8 million in the year to 30 June, 2021 (its financial year).

Underwriters have 45 days to purchase up to an extra 146,250 shares of common stock and/or the same amount of warrants. The offering was expected to close on August 1. NeoVolta IPOed back in May 2019, raising a similar amount to its recent uplisting. 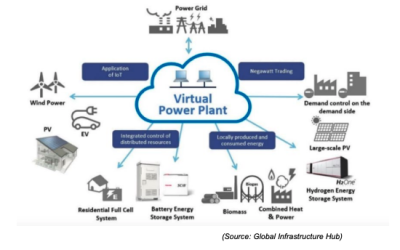